Ask the Fool: Too Late to Refinance?

Q. Is it too late to refinance my mortgage? — S.C., Columbus, Ohio

A. It may be, as interest rates are higher than they’ve been in a long while. Refinancing often makes sense when prevailing rates are at least a percentage point lower than your current loan’s rate. It also depends on how long you plan to stay in the home — it will take several years’ worth of savings on interest to cover the refinancing’s closing costs.

Learn more at Fool.com/mortgages and Bankrate.com, and see if refinancing makes sense for you.

A. Certificates of deposit (CDs) are solid choices for your short-term investments, and they’re more attractive than they have been in recent years, thanks to rising interest rates.

But even young people should consider saving and investing for retirement, and unless interest rates are quite high, CDs won’t serve you well for that. Money that you won’t need for at least five years (or, to be more conservative, 10 years), is likely to grow more briskly in stocks, which over many years have outperformed bonds, cash and even gold.

Consider that many three- and five-year CDs recently yielded around 3.5%. You can top that with some dividend-paying stocks. Walgreens Boots Alliance recently yielded 5.75%, for example, while Intel yielded 5.6%, 3M 5.2% and Citigroup 4.7%. Those payouts aren’t guaranteed, but many companies have been paying them — and increasing them — regularly, over decades.

Also, the stock prices of healthy and growing companies should increase over time. CDs are good for short-term money, for emergency funds and for when you need safety more than growth.

Fool’s School: Be Smart About Numbers

In your investing life, and in life in general, you need to be savvy about numbers — because some are not quite as good or bad as they may seem. Here are some tips to keep in mind as you evaluate news stories, earnings reports or press releases.

Imagine, for example, that a company you’re thinking of investing in announces “record earnings” for its last quarter. That sure sounds great, but perhaps it set a record last quarter with earnings per share (EPS) of $2.50, and this past quarter it reported EPS of $2.52. That’s less impressive, right? Look for meaningful growth rates — ideally long-term ones — instead of record highs.

Look closely at robust growth rates, too: Imagine that the Home Surgery Kits Co. (ticker: OUCHH) reported revenue up 100% over the last quarter — a doubling. Check to see what its actual revenue was. If it only went from $200,000 to $400,000, that’s rather puny, and such a small business is not ideal for most stock investors.

Meanwhile, if a company has grown huge, raking in $100 billion annually, know that it’s reasonable for its growth rate to slow. After all, it can be harder to go from $100 billion in revenue to $200 billion than from $100 million to $200 million.

“Annualized” growth rates, showing how much a company (or mutual fund) earned, on average, per year can also be tricky. It’s smart to check exactly what period of growth is reflected, and to look for any single unusually large number that might have skewed the average. For example, if a mutual fund has an unusually steep average annual growth rate of 29% over five years, it might be due to a single year in which it earned, say, 86% — a return that it won’t likely be able to repeat.

Look beyond numbers, too. A company might have posted strong growth, but there might be trouble ahead if a new rival is stealing some of its market share.

My Smartest Investment: Up 17,000% and Counting

My smartest investment was buying shares of Nvidia. It’s the first stock I bought that was a winner, and it really got me started in my investing adventure. — M.A., online

The Fool responds: You did well, indeed! Shares of semiconductor specialist Nvidia were recently up nearly 17,000% over the past 20 years — which comes out to an annual average of more than 29%. That’s enough to turn a $10,000 investment into $1.7 million. Even more impressive, those numbers are after the stock’s 65% drop from its high point over the past year. Its recent market value was near $300 billion.

You were fortunate to have such a winner early in your investing life, because that definitely helps new investors see what’s possible and can help them stick with it over time.

With any great stock, though, it’s important to remember these things: The stock will not rise in a straight line; there will be pops and drops. And the company may not remain a strong performer with a rosy future — so you should keep up with its progress and developments, in case things change.

Nvidia’s shares are down this year partly due to the tech market slump, but also due to the cryptocurrency downturn, as crypto miners use the company’s graphics processing units (GPUs). Many still see its future as promising, though, as it introduces new offerings and continues to lead in gaming chips.

I trace my roots back to 1906, when the M.H. Kuhn Company became the Haloid Photographic Company, aiming to produce photographic paper — and when Chester Carlson, inventor of an electrostatic dry-copying process, was born. I introduced the first automatic plain paper commercial duplicator in 1959, and gained the name you know in 1961. I launched my Palo Alto Research Center in 1970. Its innovations included the graphical user interface; the laser printer; Ethernet computer networking technology; and the Alto, an early personal computer. Today, based in Norwalk, Connecticut, I’m a leader in office and production print technology. Who am I?

I trace my roots back to the discovery of oil in Pennsylvania in 1859. In 1870, John D. Rockefeller and others incorporated Standard Oil, an important early company in my lineage. By 1911, it was so big that it was forced to break up into 34 different companies, such as Jersey Standard, Socony and Vacuum Oil. Today, based in Irving, Texas, and with a recent market value topping $425 billion, I’m one of the largest integrated fuels, lubricants and chemical companies in the world. My current name reflects a big 1999 merger. Who am I? (Answer: ExxonMobil)

Want to invest like Warren Buffett? Consider buying Berkshire Hathaway (NYSE: BRK.B) stock. Led by Buffett, co-chairman Charlie Munger and skilled managers, Berkshire Hathaway has outperformed the market for decades, and owning the stock gives you a piece of the famously successful conglomerate.

Berkshire Hathaway’s fully owned subsidiaries include massive railway, insurance and energy businesses, along with big names such as Fruit of the Loom, Duracell, See’s Candies and Dairy Queen. It also has a powerful stock portfolio, recently valued near $300 billion, including 20% of American Express and more than 5.5% of Apple, among many other holdings.

In recent years, Buffett has spent tens of billions of dollars buying back (and essentially retiring) many shares of Berkshire’s stock. That reduction in the share count leaves each remaining share with a bigger stake in the company, benefiting shareholders. Meanwhile, Berkshire still had $105.4 billion in cash at the end of the second quarter, which it can use to invest in beaten-down companies or to make new acquisitions.

Berkshire Hathaway is a well-managed company with a strong foundation, and the stock stands out as a relatively low-risk investment capable of delivering returns that can meet, if not beat, the overall market over the coming years. Note, too, that Buffett is 92, and there’s a succession plan in place. (The Motley Fool owns shares of Berkshire Hathaway and has recommended Berkshire Hathaway stock and options.) 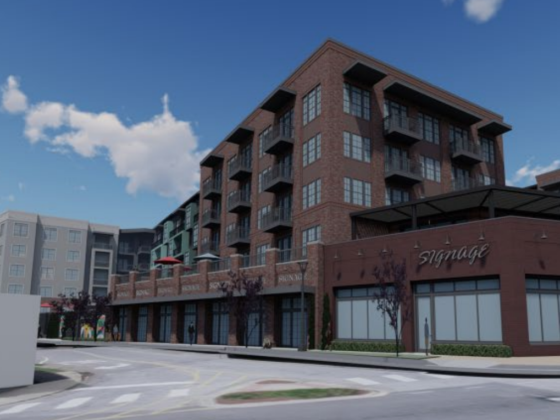 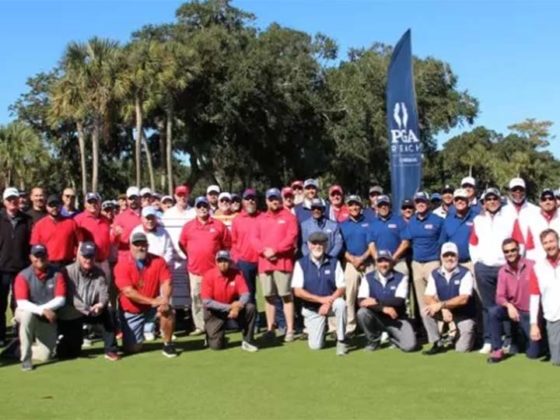