On Monday morning, Feb. 8, an Upstate artist known as Joey Withinarts (real name: Joseph Mack) stood outside of the Cantina 76 restaurant in downtown Greenville. He propped up his striking mural of the late congressman and civil-rights icon John Lewis, then set up a sound system to play excerpts from Lewis’ speeches throughout the day.

He also put out dozens of paintbrushes and lots and lots of acrylic paint.

He invited people walking by to add to the mural, and by the end of the day, Lewis’ portrait was a colorful, vibrant piece of art created not just by one artist, but by a community.

“The idea was that I wanted the people to come out and be part of it,” Withinarts says. “I always see singers, when they perform, hold the mic out, and everybody sings along. So I just thought about how I could do that with art and have the same type of impact.” 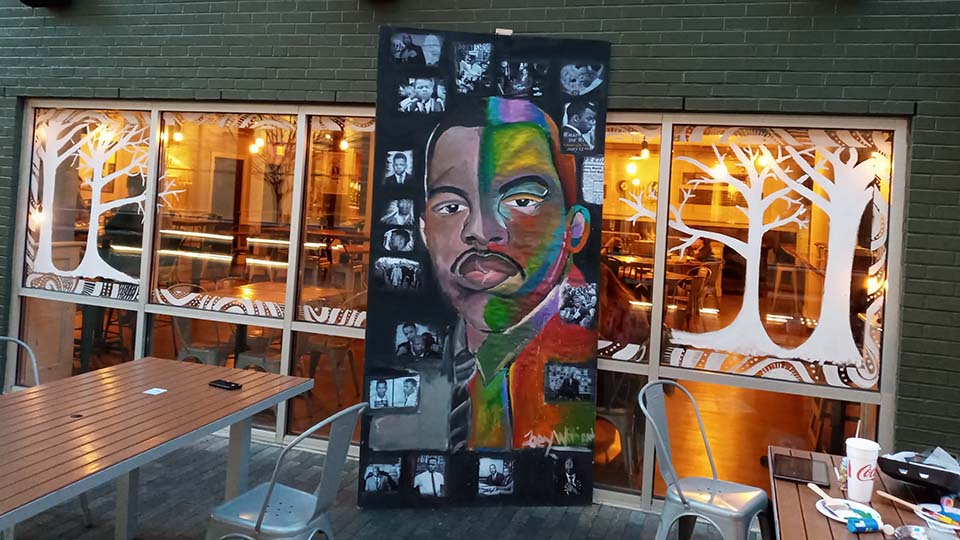 Withinarts says he was pleasantly surprised by the reaction.

“I thought, maybe people will walk right past me,” he says. “But kids came by and they wanted to paint; they thought it was fun. And then a lot of the older people came, and they were teaching me stuff about John Lewis and Martin Luther King Jr. that I didn’t even know about. The community was really excited and supportive.

Withinarts comes from an artistic family, and he learned by watching.

“My brothers and sisters were all artists,” he says. “I really just sat down and watched them draw. I took middle and high school art classes, but for the most part it started at home.”

Most of his work focuses on African American icons — legends of film, music, activism or a combination of all three. In his portfolio you can find striking images of Prince, Bill Withers, Isaac Hayes, Chadwick Boseman and Muhammed Ali, among many others. 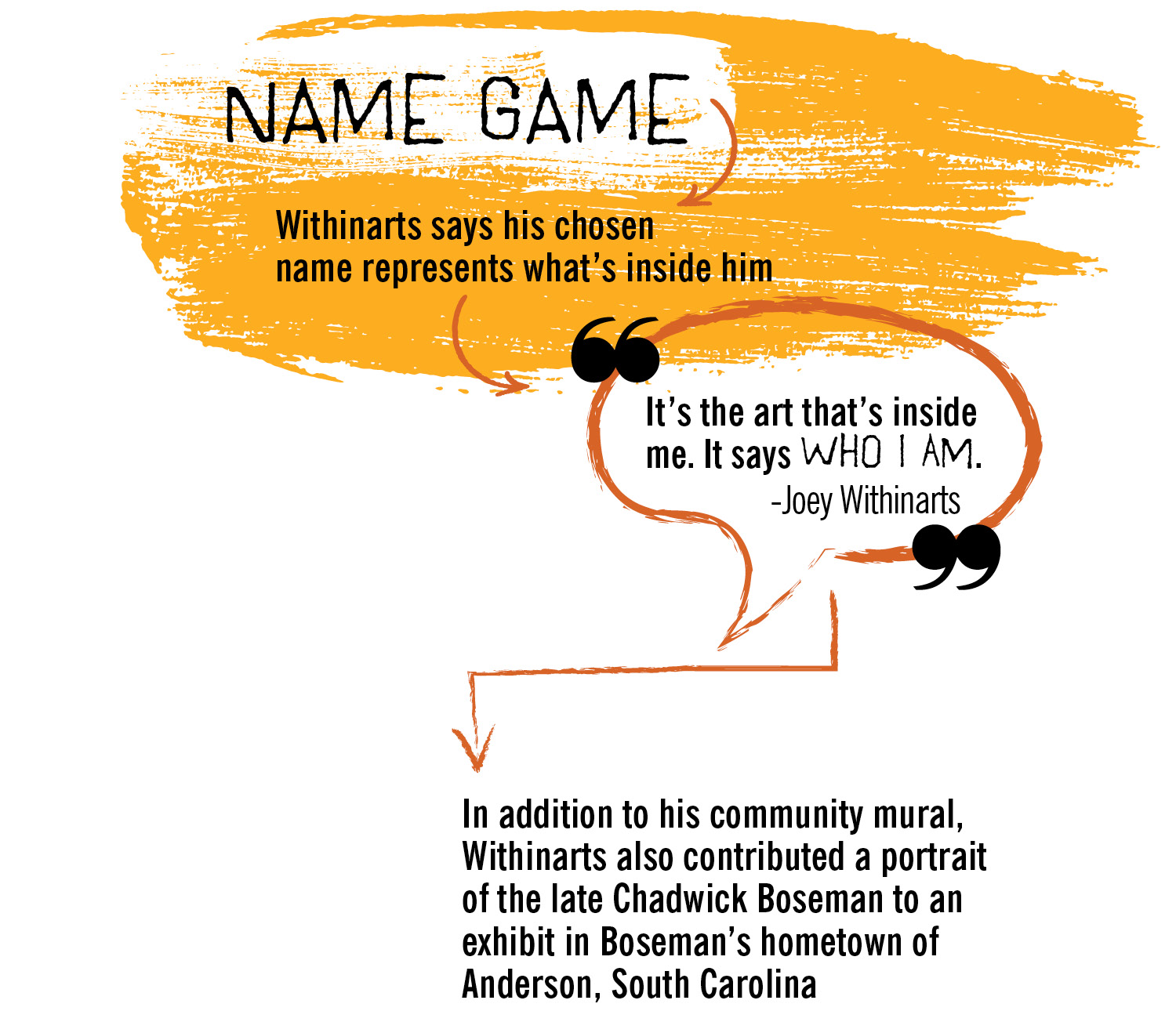 “It’s amazing how much African Americans played a role in building America,” he says, “and I felt like their faces should be shown just as much as any other race. I just want their stories told. And I feel as an African American artist, I’m in a good position to share their stories.”

He loved drawing and painting, but it wasn’t until he moved to Greenville from Virginia in 2016 that his art began to attract attention.

“I was working in a high-rise building and I was drawing every day there,” he says. “And one day a lady walked past while I was drawing a picture of a dog. She said, ‘That’s a really cool picture; I’ll purchase that from you!’ So I sold it to her, and that’s when I knew I could to take it to the next level.” 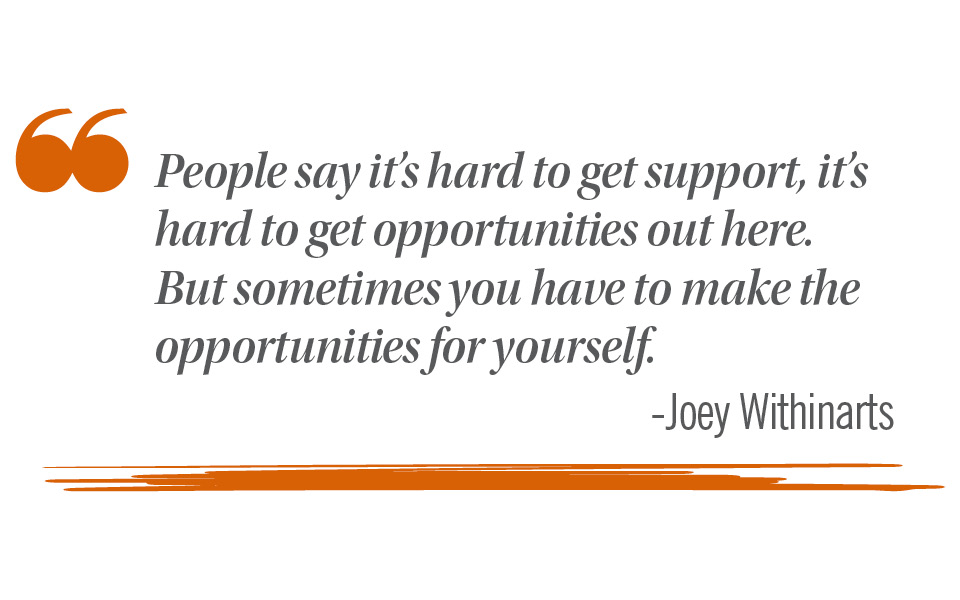 Withinarts says that in the past four years, he’s learned a lot about what it takes to sustain himself.

“People say it’s hard to get support, it’s hard to get opportunities out here,” he says. “But sometimes you have to make the opportunities for yourself. Even if you have an idea and you don’t feel like it’s going to work, it may be worth it just to try. As long as my hands can move, I will continue drawing. It’s my passion; it’s my life.” 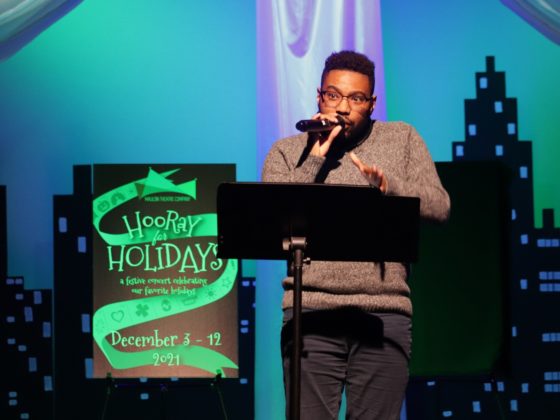