Clicking down a community track of history and opportunity. 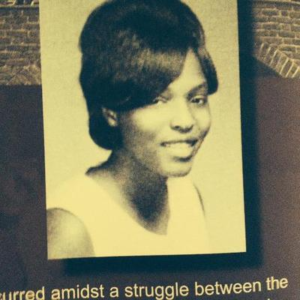 The Flemming family has long reigned in Southernside, nestled on the western edge of Greenville’s central business district. Walk any street, from Pinckney to Pete Hollis Boulevard, and you’re sure to stumble upon a facility, group or neighbor who’s survived and prospered with help from a Brock or Flemming. Lillian’s stalwart mother, Lila Mae Brock, campaigned tirelessly (among other projects) to create the Southernside Community Center, which opened in 1982. Lillian’s husband, Rev. J.M. Flemming, has served as President of the Greenville Chapter of the N.A.A.C.P. since 2013. With Lila Mae’s passing in 1996, Lillian reluctantly slipped on her mom’s favorite rubber soled shoes as matriarch of the family. In 2017, she stepped down from her established career with the Greenville County School District, but the focused leader has no intent of reducing her philanthropic workload. At 69 years of age, the councilwoman’s entering her fourth decade as an elected public official.

“I will not always be in this position,” she admits, reflecting on her 10th consecutive term with Greenville’s City Council. “But I never see myself retiring in terms of serving the community. That’s what I was called to do. I’m a professional servant.” She acknowledges she holds office for an evolving area. This past election, she faced an opponent for the first time in 32 years. “We knew the changing demographics, it’s been slowly moving here,” she reveals. “But it was a lesson learned in terms of when you do the right thing, when you continue to work with people irrespective of where they live, how much money they have, or whether the area is wealthy, or middle income, or poor, people will see you’re doing your service and they will support you.” 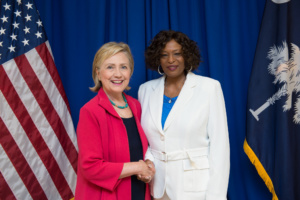 Changing demographics and development have brought new challenges. “We have infill housing, and often times that fills up with people who know nothing about the history of the community,” she shares. “But you work on them. You try to share.” One way to do that is through the neighborhood association, which the council member says has grown, and now includes a mix of colors and cultures. She sees similar involvement across all of town, critical to success. “We need to continue our sense of community to stay strong. We used to have a few neighborhood associations in the city, we are now over 30, 31, 32. That sense of community keeps Greenville as a great place to live.”

Just as Lila Mae planted the seed of service in Lillian’s heart, this granddaughter of Georgia sharecroppers has done the same with her blended brood. Re-enforcing deep roots, her ten children, 50 grandchildren and six greats, have also propagated a broad canopy of public attendance through their jobs as pastors, teachers, government nutritionists, writers and technicians from the Carolinas to Connecticut, Michigan to Virginia. “It resonates,” she says with reflection. “You want your children to do well. You want them to understand the only way you’re going to be successful is if you help someone else be successful. You’ve got to pass it on. As my son summarizes it, ‘Just do the right thing.’” 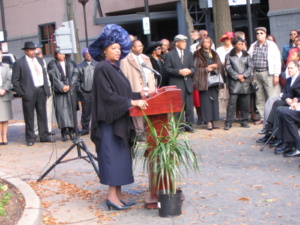 To the dedicated incumbent, the right thing doesn’t stop with a mark on a map. She typically wraps her 12-hour work days returning calls. “In most cases, the stuff people need is not in my district,” she divulges. “Here’s the thing, when you’re a true servant, you don’t worry about jurisdiction, you worry about helping them find the answer. You don’t leave people hanging.”

Brock Flemming was one of the first three African American women to attend Furman University, and the first to serve on Greenville’s City Council. The current state of race relations, locally and nationwide, alarms her. “If you’d asked me this in 2016, I would have said things have gotten better,” she explains. “But during the election, there were more racist chants and discussions. The overall focus, the issues, the legislation, still targets those without. We have to spend time talking about it. When we open up the dialogue, it will be better.” She finds hope in watching children during her volunteer work with the N.A.A.C.P. “When you see 20 little white kids and 18 little black kids, and they’re having a good time, and they’re singing and dancing. They realize it’s not about color.”

The advocate wants to promote more of those exchanges at Unity Park, one of her recent pet projects. The 60-acre, multi-faceted playground will run alongside the very tracks the Southern Railway used to travel, next to where Lillian played “cowboys and cowgirls.” The same spot where she learned loyalty to a place and love for its people. She closes by saying, “We’re a family. It’s unity. I’m from the Southernside, you know?”