As a child, when Sarai Bautista imagined the Chihuahuan Desert in northern Mexico, she envisioned sparse, flat stretches of sand — but when she walked it at age 11 with her mother and two younger siblings, she felt every rocky slope they stumbled over.

The entire trip from her home state of Puebla, Mexico, to South Carolina likely took less than a week, but to Bautista it felt more like a month.

In the 17 years she’s had to reflect on the journey, but some details remain hazy.

Other memories stand out over time — the pebbles that stayed lodged in her shoes when they spent two days walking the border of Arizona and Mexico, the thorny brush that dotted the landscape and scraped her legs, and the nighttime wind chill that she never experienced in the small town she was from in southern Mexico.

“It was very, very rocky, very uneven, very dry,” Bautista said. “[I remember] just trying not to fall, trying not to get continuously scraped in the face by thorns.”

The trip was harsh and expensive — smugglers, often called coyotes, typically charge thousands of dollars to illegally transport immigrants across the United States border. Bautista isn’t sure exactly how much her own trip cost, but from the money owed afterward, her guess is upwards of $6,000.

The trip had its own dangers and risks, so did staying in Mexico. Over the years, Bautista has heard stories about kidnappings and read reports of the brutal 2014 murders in Guerrero, Mexico — just one state over from her hometown. Often, she wonders what her life would have been like if she stayed, but even at 11, she knew that wasn’t her decision to make.

When she got to South Carolina, she wasn’t prepared for the hurdles she would have to jump for the next decade. Along with not speaking English, Bautista was held back in school for a year so she could catch up to her peers.

“The educational system hadn’t done me that well in Mexico,” Bautista said. “I remember the first day of sixth grade I just cried in the middle of math class.”

By the end of middle school, Bautista felt like she had finally gotten her feet underneath her — she was fluent in English and had made friends. It wasn’t until midway through high school that she realized life would be different for her than it was for her friends.

By age 16, most of her friends were driving to school, but because Bautista was in the country illegally, she wasn’t able to get her driver’s license. By graduation, when most of her friends were applying for college, she found out South Carolina bars undocumented immigrants from attending public colleges — it’s one of two states in the country that still has this rule.

“Junior year of high school is when I figured it out,” Bautista said. “I read about [Gov.] Mark Sanford signing into law that it would be against the law for colleges to accept undocumented people, and I just started crying at the library.”

Bautista rode the bus all throughout high school. She worked at a restaurant for four years after graduating.

The highs and lows of being a ‘Dreamer’

It wasn’t until Bautista was 21 years old — when President Barack Obama implemented the Deferred Action for Childhood Arrivals (DACA) program — that her life changed dramatically.

“The first legal job I got was at Chick-Fil-A,” she said. “I got my license, I enrolled at Greenville Tech — [my life] just flipped.”

DACA allows Bautista and others like her, often called “Dreamers,” to work in the U.S. without the threat of deportation for two years, but comes with stringent requirements. Among them:

For now, the DACA program is limited — new applications haven’t been accepted since President Donald Trump rescinded the program in 2017, pending a review by the U.S. Supreme Court.

Although DACA participants are allowed to attend public colleges in South Carolina, they’re charged as out-of-state students and don’t receive any state or federal scholarships. At most public colleges in the state, tuition is more than double the cost for nonresidents.

For high school graduates like Claudia Hidalgo, the cost of tuition is the biggest factor holding her back.

Hidalgo was born in Mexico, but she’s been living in the United States since she was 3 years old.

“My parents have always advocated that your education is your No. 1 priority, and essentially, that’s kind of why we’re here — to get a better life, to be able to get a secondary education,” Hidalgo said.

But on top of the ever-increasing cost of tuition, Hidalgo’s and other Dreamers’ parents are unable to legally work in the U.S., making it difficult for them to save enough to pay for college.

“Of course we have our dream schools that we want to go to — I applied my junior year of high school and got into USC, College of Charleston, Clemson, Furman — you get into these but then you see just how much you’re going to get charged, and it really demotivates you,” Hidalgo said.

‘Why would you want that talent to go to another state?’

Bautista’s and Hidalgo’s stories are similar to the estimated 6,500 other DACA recipients in South Carolina, including Ilse Isidro.

Isidro wants to be a nurse — she even has her bachelor’s degree in nursing from the University of South Carolina Upstate. She worked more than 30 hours a week while a student in order to attend the university and graduated in December.

But in a state with one of the largest nursing shortages in the country, she’s barred from receiving her nursing license because she’s a DACA recipient.

Although DACA participants are allowed to work, South Carolina prohibits them from receiving an occupational license, which is necessary for dozens of careers — from lawyers to doctors to cosmetologists.

Isidro, who went through the public school system in South Carolina, said she just wants the opportunity to pursue her dream — as well as a chance to give back to the community that raised her.

“This is our home — this is the only home that we know,” Isidro said. “Why wouldn’t we keep the talent in-state and local? Why would you want that talent to go to another state?”

Like Isidro, Cynthia Oliver is a DACA participant who dreams of a career she can’t have in South Carolina.

Oliver, who is co-valedictorian of her senior class at Legacy Early College Charter School, wants to become a doctor and eventually travel to countries with few health care options.

Her motivation comes from seeing the care her family received from mobile clinics in South Carolina, which served them even though they were uninsured.

Oliver has been accepted to attend Furman University in the fall — an opportunity she didn’t know she had until she met with mentors connected to Neighborhood Focus, a nonprofit after-school program in Greenville.

Although she’s found a way to attend school, unless the law changes, she’ll have to leave South Carolina to get a medical license.

“Growing up, you hear from everybody that you can be whatever you want to be as long as you work hard,” Oliver said.

But for Oliver, starting her dream career means moving away from her family.

Like Oliver, Bautista and Hidalgo have been able to navigate college with help from community organizations and programs that aid in securing scholarships.

Although the future for DACA participants seems bleak when looking through the lens of national politics, Bautista said she receives a lot of support from individuals and organizations in the community.

Keith Groce, executive director of Neighborhood Focus, said the organization is trying to identify children like Oliver who want to go to school but haven’t had the resources or knowledge they need to navigate that process.

“They have all the potential in the world to go to school and further their learning, but they don’t have a Julio in their life, they don’t have somebody that is looking out for them and opening doors,” Groce said.

State Rep. Neal Collins, R-Pickens, introduced a bill last year that would allow DACA students to receive in-state tuition and scholarships and be able to get an occupational license.

It’s everyday people that are making our lives easier.

The bill didn’t pass, but it did become a talking point for Collins’ two challengers last year in the Republican primary.

“This was one of the major issues,” said Collins, who was re-elected for a third term in November.

Collins filed an identical bill this year — H.3404 — that he hopes will be discussed in the Legislature’s current two-year session.

For Collins, the issue is twofold — there’s a humanitarian side as well as a fiscal one.

Greenville County Schools estimates the cost of a DACA student in the public school system to be about $110,000 over the course of 12 years, depending on the resources needed for the child.

In February, the Greenville County Schools board sent a letter to the Legislature in support of Collins’ bill.

The board has officially taken a stance on the occupational license portion of the bill — which the district supports — but it hasn’t weighed in on the tuition or scholarship portions.

The board first voiced support for the issue in a resolution it passed last year. The letter, penned by Chairman Chuck Saylors, mirrors much of the language in the resolution.

“We are required by state and federal law to teach every child, and we follow that with great enthusiasm because an educated workforce is a successful workforce,” Saylors said. “So does it make good financial sense to spend that money on a student who wants to do good in the community, who wants to contribute, and our state will not allow him or her to do so?”

Saylors said many students end up leaving South Carolina for a state that will allow them to get a license, and often, they don’t come back.

“So we have spent an excess of $100,000 to educate that child, and Greenville County will not see one dime in taxes from a hardworking, tax-paying former student who wants to do good in their life,” Saylors said.

He said the only pushback he ever hears on the issue is an argument rooted in national political rhetoric — most people he comes across want DACA students to be able to work.

“We want these students to succeed, and we want them to be contributing members of our community,” Saylors said. “This is not an immigration issue.”

But it’s a long road ahead for supporters of the bill. Although it has the bipartisan support of 19 legislators, like many issues in the Statehouse this year, it’s taken a back burner to the massive education reform bill that was just passed by the House.

Even if the bill doesn’t pass, Bautista said she won’t stop advocating for her community.

“If anyone believes in the American Dream, it’s the Hispanic community,” she said. 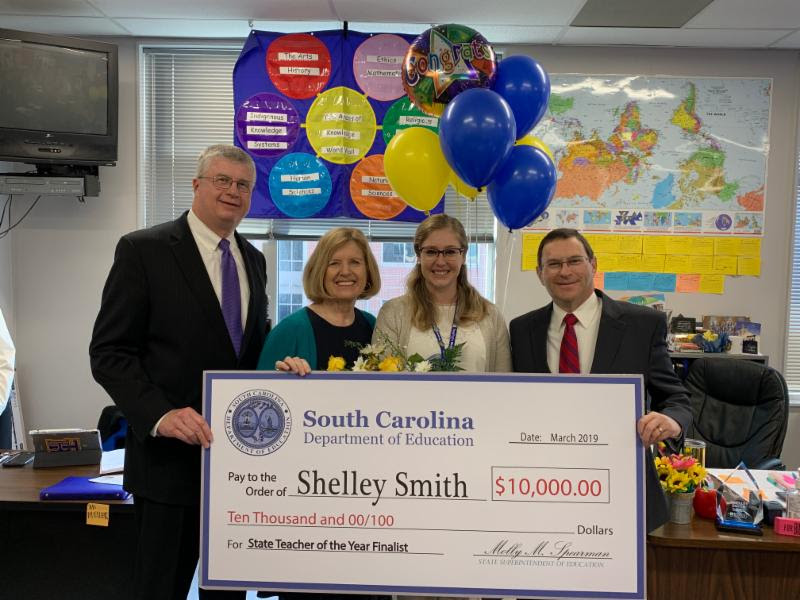 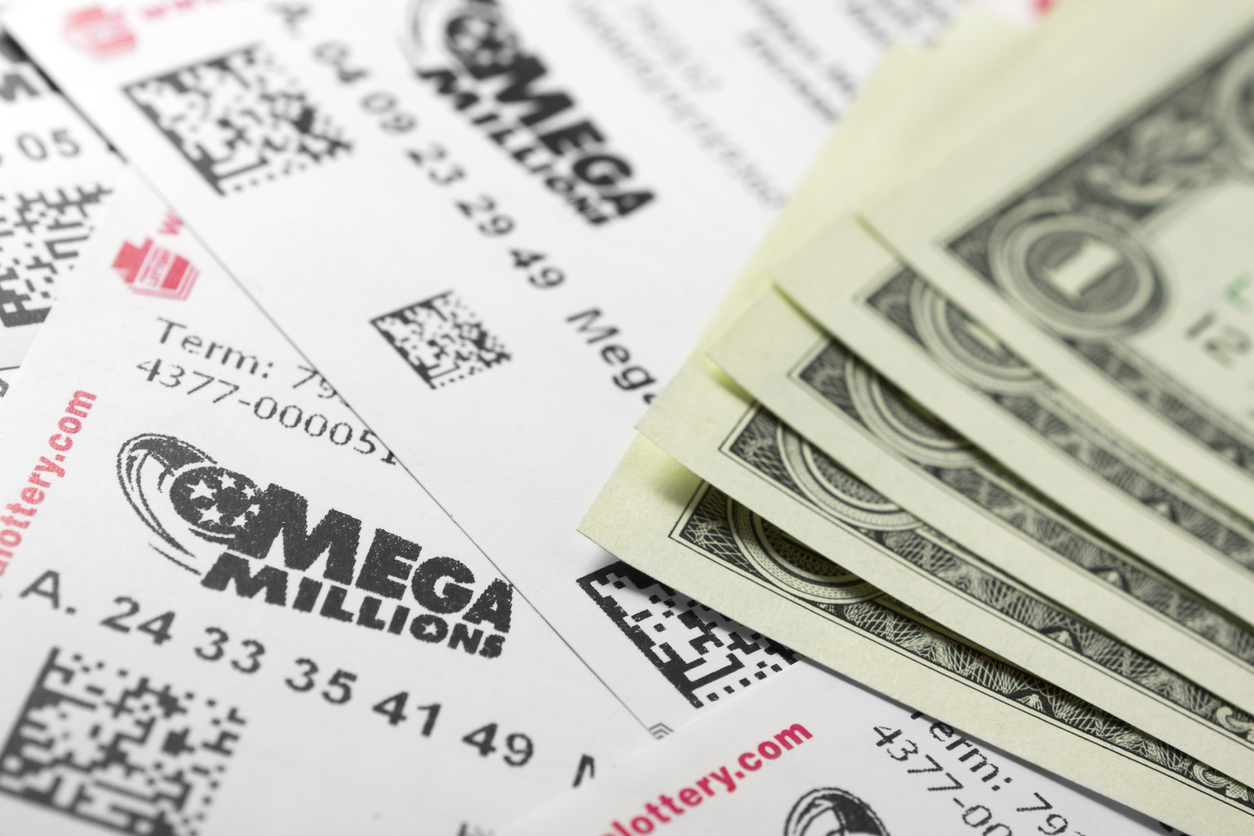