A “one-of-a-kind” proposed events center on the banks of the Reedy River in downtown Greenville would be a major draw for conferences, increase tourism and spur job growth, according to developers, and local and state officials.

The new facility would be built on 6.7 acres owned by prominent developers Phil Hughes and Bo Aughtry between River and Academy streets across from the Embassy Suites. 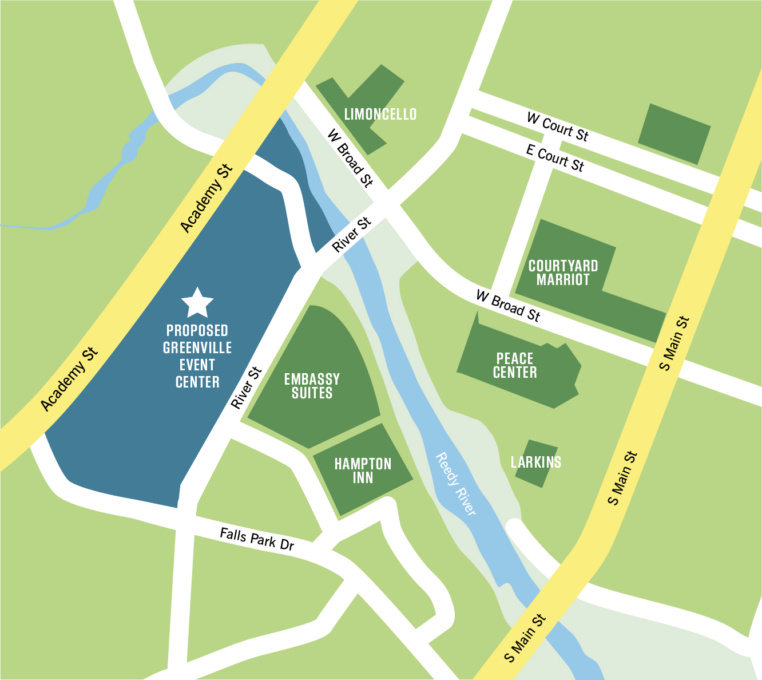 It would include an events venue with a ballroom nearly double the size of the Hyatt’s, two art museums, a 60-foot tall “jewel box” and a parking garage.

The conference center has a price tag of more than $100 million, including the value of the donated land.

Aughtry said the center could spur more than $300 million in private investment, including a 250-room Embassy Suites hotel that would connect to the current Embassy Suites across the street via a sky bridge. By the time the project is finished in 2022, the events center will help fill 1,300 hotel rooms that are located within a couple of blocks from the facility, Aughtry said. Private development would also include residential, office and retail.

The development would create a new public outside space on the river, Hughes said.

“This is time for Greenville to make a statement,” he said. 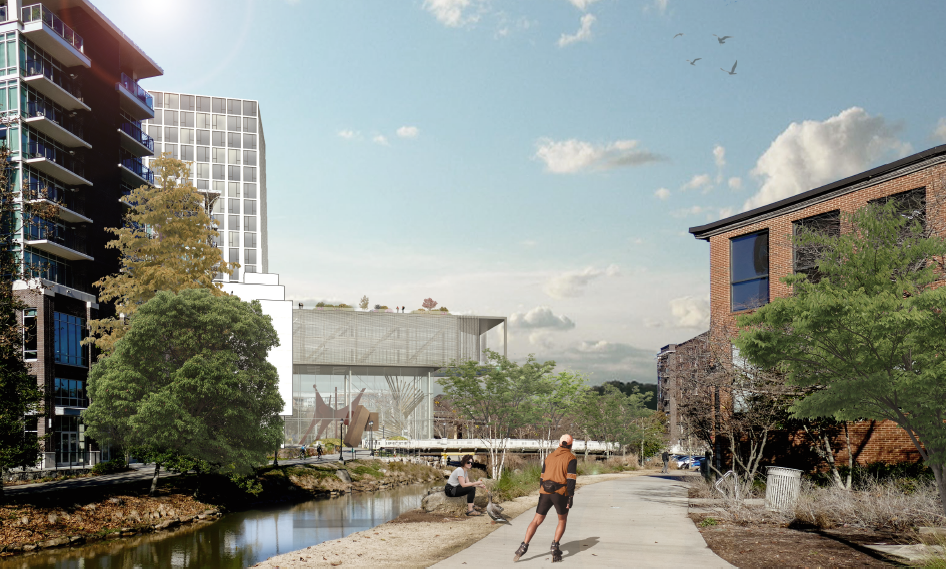 Aughtry said the project “will shape not only Greenville, but our region and state.”

“It is an economic development engine of immeasurable impact, and an opportunity to set a precedent — nowhere else does there exist this confluence of uses — and we are eager to be a part of such a collaborative effort,” he said.

Chris Stone, president of VisitGreenvilleSC, said the proposed events center would attract meetings and conferences that want to be in downtown Greenville but are too big for the Hyatt and don’t want to deal with shuttling attendees from downtown hotels to the Greenville Convention Center, formerly known at the TD Convention Center and the Palmetto Expo Center.

Stone said the Hyatt can handle meetings of up to 500 people. With its 25,000-square-foot ballroom, the proposed events center would have enough room for conferences that need plenary and breakout session space for between 600 and 1,500 attendees, he said.

“A facility downtown allows us to attract a new audience,” he said. Aughtry said a CBRE market study estimated the events center could have 620 events annually. 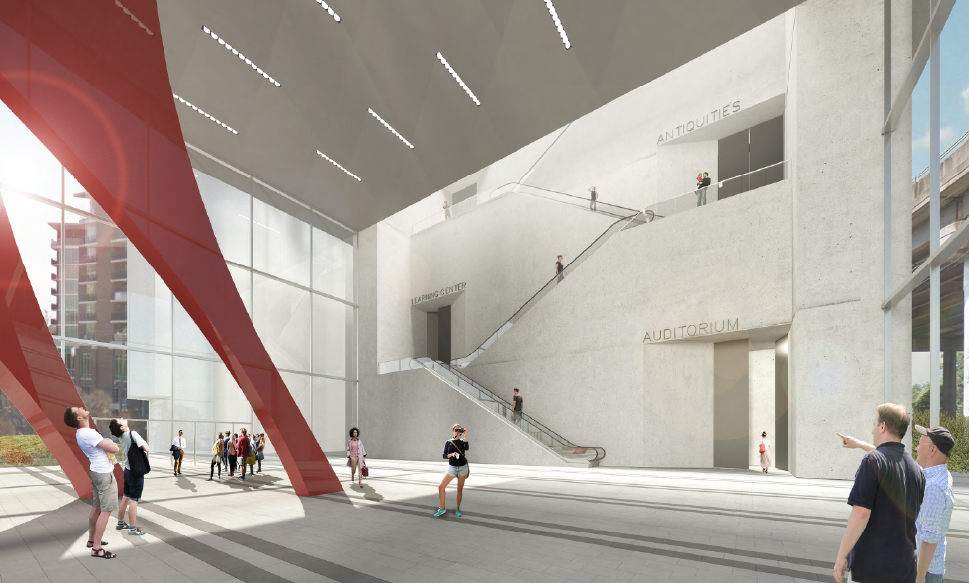 But several pieces have to fall into place for the project to become reality, Greenville Mayor Knox White said.

To make the numbers work, the project requires $26 million contributions each from the city, county and the state in addition to the private sector contributions.

Neither the county or the city have officially committed money to the project, although Mayor Knox White and County Council Chairman Butch Kirven wrote letters of support for state funding.

The city bailed out the convention center, taking ownership in 2001. The 340,000-square-foot center, one of the largest venues in the Southeast, was built in 1964 as Greenville’s new textile hall. The facility was renovated in 2008.

The center loses money every year and a Chicago-based consultant in 2016 said it should be “mothballed,” calling it a “physical oddity,” outdated and a “glorified expo center, not a true convention center.”

White said the wants to keep the exhibition part of the Greenville Convention Center open for large-scale home and garden, boat, car, RV, and gun shows. But to do so, city needs help, he said.

White said the county could designate the events center site as a multi-county industrial park when the current West End tax increment financing district expires in two years and use the money generated for its share of capital improvements.

Hughes discussed the project with the Greenville County Council on Tuesday at its committee of the whole meeting.

The mayor said the city could fund its share by issuing a bond that would be repaid through tourism-generated taxes and still have “plenty of capacity” to continue other projects such as Unity Park.

White said the proposed events center would “re-invent what people think of when they hear conference center in Greenville.”

“We’ve all known for a long time that the best place for a conference center is downtown along the river,” he said.

Hughes said Greenville has long been missing this kind of venue in a walkable downtown location.

“The new meeting facility combined with these two outstanding museums and surrounding mixed use developments will be a civic project that will attract tourists and businesses alike. It will be a catalyst for ongoing quality developments,” he said.

The new center would have a different mission than the Greenville Convention Center, White said.

“It would focus on bringing out-of-town people, events and organizations to Greenville,” he said. “More than that, recruitment of events could be closely aligned with state and regional economic development goals.”

For instance, since the Upstate is a big automotive center, attracting a regional automotive conference here could eventually lead to somebody to relocate their business to Greenville or launching a start-up business here, White said.

Hughes said the timing is right for a downtown events center, which would create a public outdoor space on the last piece of land left on the river, help meet the needs of two world-class art museums and spur further economic development.

“The stars won’t ever align like this again,” Hughes said. 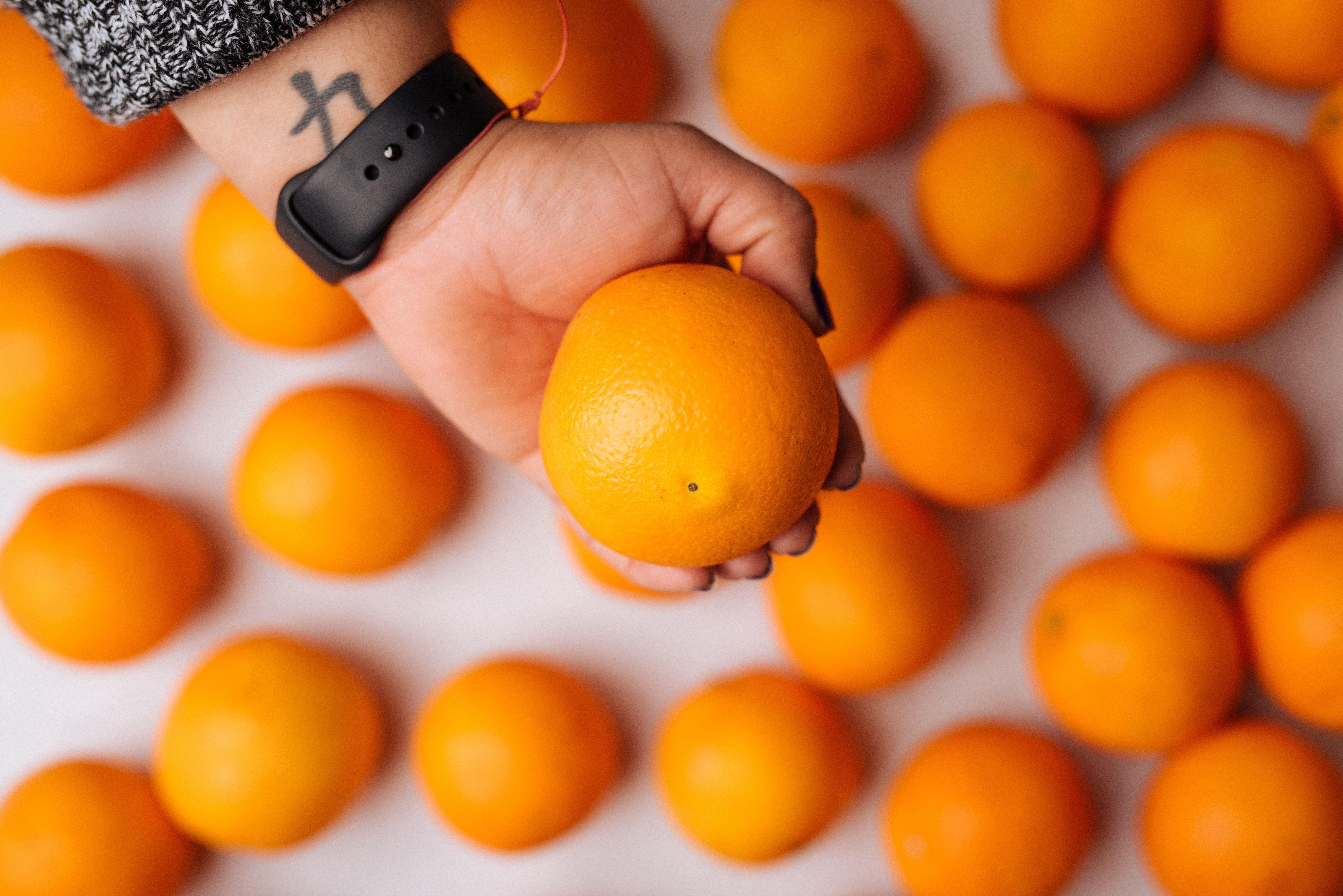 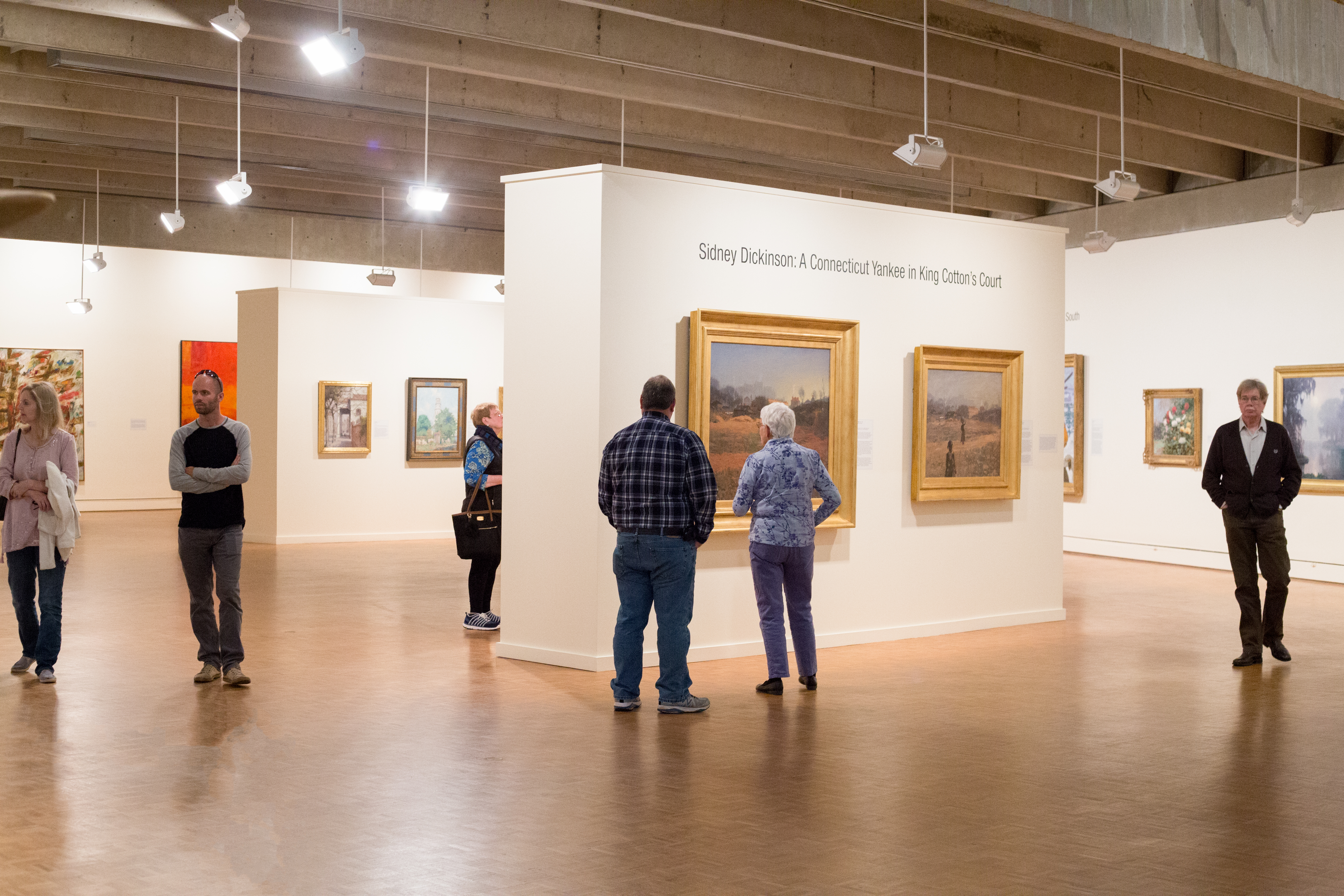