It’s mid-April, around noon, and the New York Yankees and Philadelphia Phillies face off in Greenville for an exhibition game after spring training. Barry Masters stands along the third base fence, an easy toss away from one of baseball’s biggest stars.

It’s none other than Mickey Mantle, the beloved Bronx Bomber. And it’s 1958 in Greenville’s Meadowbrook Park.

“I had a baseball, a Little League baseball. Got it for Christmas,” says Masters, now 77. “You know how clean a baseball was back then, the smell of horsehide.”

The star autographed it. “And I still got that baseball.”

Yeah, that Greenville’s baseball. The Greenville Drive continues our city’s century-plus love affair with America’s pastime at 7:05 p.m., May 4, the season opener against the Bowling Green Hot Rods at Fluor Field.

Eric Jarinko joined the Boston Red Sox affiliate 16 years ago. Now he’s general manager of the club that in 2019 led the 14-team High-A league in attendance. An average of 4,800 fans attend each of the Drive’s 68 games, for a season total of about 330,000.

Among the first was Barry Masters. As soon as ground was broken at Fluor Field, he says he would go by the site every week to watch workers lay the dirt and grass. The day the ballfield opened in 2006, he had VIP seats.

Although Greenville had lost the Atlanta Braves’ AA team after 18 years, Masters didn’t mind so much. He had long been a Sox fan, even though, along with Mantle’s signature, he’d also caught one from another legendary Yankee, Casey Stengel. But he especially treasures the one from Jim Piersall, who signed with the BoSox in 1950.

And his heart beats a little faster when talk returns to Meadowbrook, where, he says, “To me, it was like going to the circus.”

In a geographical accident of history, Fluor Field sits 1.2 miles from Coffee and Main street, the exact distance from downtown to Meadowbrook, according to Google Maps.

In the 1920s, Earl “Junior” Wooten played mill ball a few miles from Williamston, where his son lives now.

“Honestly, I really had no idea about the rich history of baseball here,” Jarinko says. “But as you get ingrained in this community, you hear more stories about how important the textile leagues were.”

Like Masters, a fourth-generation Greenvillian whose father and uncles played for and worked in Brandon Mill, Morris “Fig” Newton also cherishes those now-mystical mill village summers.

“I was born in 1931 at Monaghan,” says Newton, who was a bat boy before he was a teenager. “My dad would carry me out to the baseball games on Saturday. Everybody would stand up around there, there wasn’t no stands. And the roads were dirt.”

His chuckles add a soundtrack to his memories of those halcyon—and affordable—days.

“Five-cent snow cones, popcorn for a nickel or a dime. We’d get two hot dogs and Coke for a quarter,” Newton says.

The season’s biggest hit: Independence Day, a holiday from the mills’ 64-hour workweeks before those were shortened to 55.

“On the Fourth of July at all the mills, the kids would get out and have bike races and footraces and get them old washtubs and make lemonade,” he says.

He remembers one particular game delay in Pelzer. “We got down there and they were having the horse-and-buggy races and we had to wait for them to play the game.”

Although COVID-19 forced baseball’s longest-ever stoppage, the game’s future here remains as shiny as a diamond.

He also points out that plenty of athletes from farther afield find their field of dreams here.

“That’s really continuing these days with us, with the number of guys that come through Greenville and then call Greenville home in the offseason,” he says. “They just fall in love with this community.”

A Son Remembers: ‘Everybody Knew Him’

In a foxhole in Korea, two guys get to talking about where they’re from. Here’s what one of them says to the other, according to Earl “Buster” Wooten:

“‘I’m from a little town in South Carolina called Pelzer.’ And the guy asked him, said. ‘Well. Do you know Earl Wooten?’ And the guy said, ‘Yeah, I know him, he’s a good friend of mine. Everybody knew him,” Buster says of his father, Earl “Junior” Wooten.

In the ’20s, Junior played mill ball a few miles from Williamston, where the son lives now.

Earl Wooten died in 2006 in his Williamston home at age 82. He is a member of the South Carolina Sports Hall of Fame in basketball and baseball.

In ’28, he signed with the Washington Senators. The club denied him a third season because he played textile-league basketball in the offseason—a contract violation; like other mill baseball players, Wooten earned around $15 a week from the Piedmont Rangers. Mill owners not only played their players but also gave them full-time work.

Buster Wooten says his father made his entire living in sports. Like Morris “Fig” Newton, who went on to became athletic director at Monaghan, Wooten ran Piedmont Mills’ athletics department.

Earl Wooten died in 2006 in his Williamston home at age 82. He a member of the South Carolina Sports Hall of Fame in basketball and baseball.

A Father’s Own Boys of Summer

Test the soil anywhere north of I-85 and you’ll find a high concentration of baseball. The game is part of the Upstate’s bedrock.

Both of my sons are lefty pitchers. Today, my kids get to play on the same fields where the old mill teams played. I get to sit in the creaky, wooden stands and watch them.

One of the most spectacular plays my oldest son ever made happened at the Woodside Mill baseball field in Simpsonville. That stadium has been there since before my father was born.

From Jim Rice to Caden Grice, our local kids will never have to search for heroes. Their hardest job is deciding which one they want to be.

(Rice is a Boston Hall-of-Famer from Greenville. Grice is a Riverside High School and now Clemson standout.) Brad Willis is a Greenville writer, podcaster, former broadcast journalist and Northwood Little League’s communications director. This essay has been condensed. 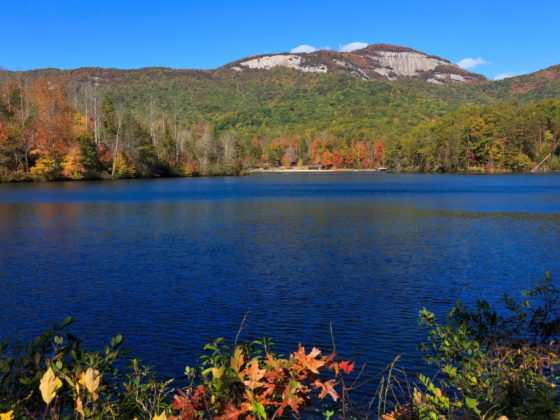 Connected to community and nature: Get to know your local state park rangers 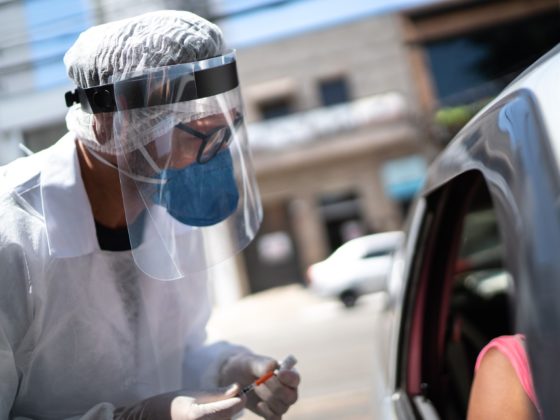