What if the confluence of the Reedy River and Richland Creek became the heart of Cleveland Park, a place that has a naturally graded amphitheater, swings, and overlooks?

Or maybe the area on the other side of the river from where the new Swamp Rabbit Trail extension on Laurens Road will enter the park could be a small mountain bike-skills course?

Those are some of the ideas included in three concepts presented by local landscape architecture and urban design firm MKSK to members of the city’s Cleveland Park Advisory Committee.

Neighborhood and public meetings will be held early next year before a final consensus plan will be sent to the Greenville City Council, said Tee Coker, a planner with MKSK who is working on the project.

The firm has been working on the park’s master plan since June.

Cleveland Park is nearly a century old, and a lot has changed in Greenville since the park opened. Development has surrounded the park and population has increased, both in the city, the county, and the Upstate.

On nice weekend days, even those without a special event in the park or at the zoo, it can be tough to find a parking spot.

The master plan will look at how individual spaces in the park perform, vehicular and pedestrian traffic, how the continued expansion of the Swamp Rabbit Trail will affect the park, and the effects of the Reedy River on the park and vice-versa.

The three conceptual plans presented to the committee probably will change before they go to the public early next year, Coker said. The consensus plan will likely contain parts from more than one of the conceptual plans.

“We want to explore as many feasible ideas as we can,” said Barrett Armstrong, landscape architect with MKSK.

The first conceptual plan, called “the confluence” by MKSK, would leave the street network in the park largely intact. The plan would realign the lower part of Lakehurst and Cleveland Park Drive, which would naturally calm traffic. The plan would consolidate the playgrounds near the zoo. This plan is the only one of the three concepts that would keep Richland Way, a small street that winds along the Reedy River and through a stone tunnel beneath East Washington Street.

The second conceptual plan, called “the bend,” closes Richland Way. Cleveland Park Drive remains open, but could be closed on a more-regular basis for events. The Greenville Zoo would engage with the river better and a butterfly garden could be built. A mountain bike-skills course could be built near the Washington underpass and a hillside nature playground could go near the tennis courts.

The third plan, called “the flow,” allows better movement to and through the park, Armstrong said. “It really makes the most sense,” he said.

In that plan, the zoo entrance would move, helping to create a space for events on par with the Saturday Market, said MKSK Principal Darren Meyer. A realigned Lakehurst Drive could allow zoo patrons to drop off at the entrance.

The plan calls for a memorial plaza near the confluence of the Reedy and Richland Creek and a new pedestrian bridge over the river. The plan also eventually calls for an improved bridge and roundabout on McDaniel.

All three plans call for better connection to the Nicholtown community. 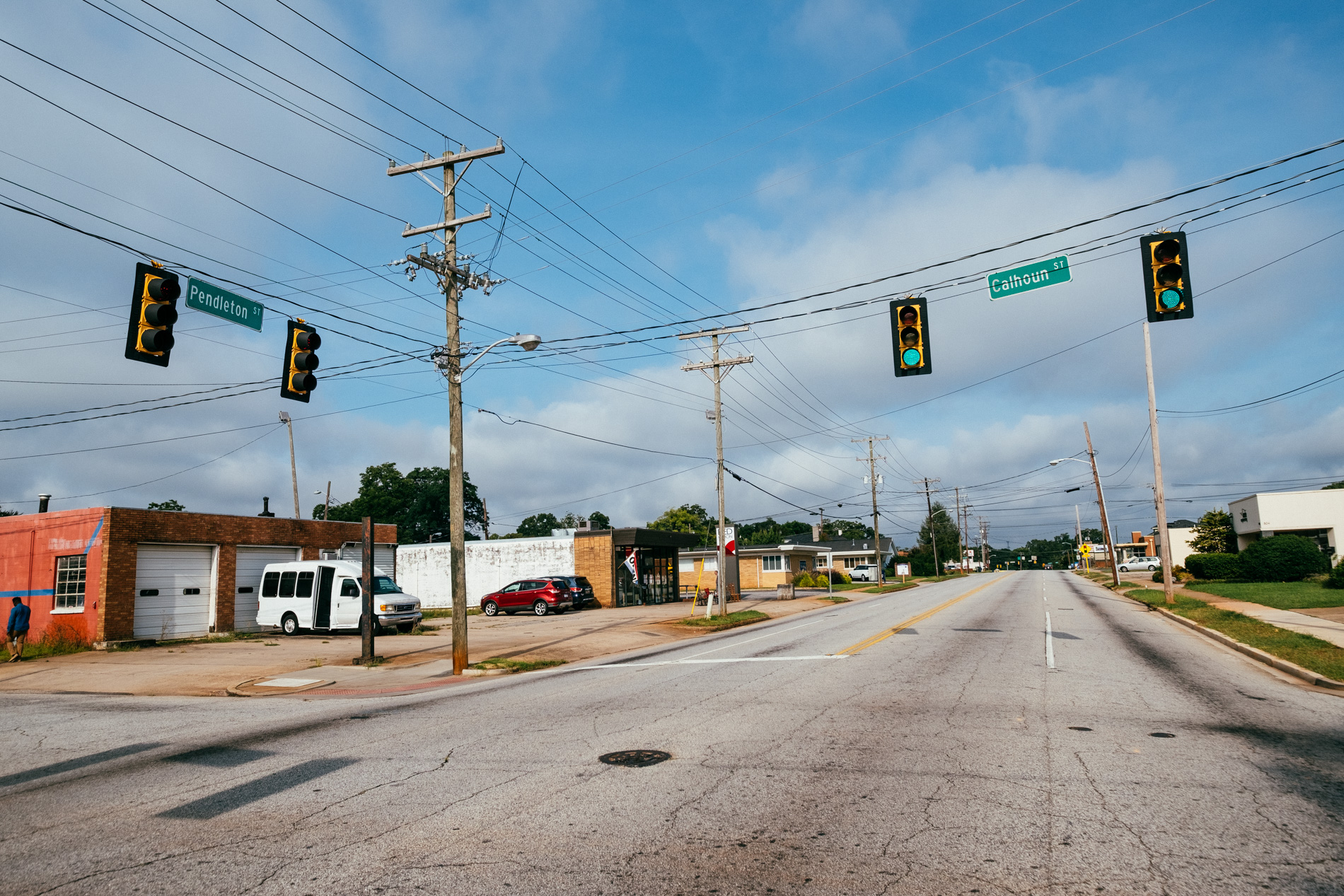