While President Donald Trump’s temporary review of grants and contracts from the Environmental Protection Agency has ended, Upstate researchers and environmentalists remain worried about what the new administration means for future efforts.

On Monday, the new Republican administration instructed the EPA to temporarily stop issuing grants and contracts while it conducted a comprehensive review of the agency’s research and regulatory activities. The administration has since lifted the freeze, according to EPA spokesman Doug Ericksen.

The freeze gave the new administration time to review the $3.8 billion that the EPA has distributed to states for environmental projects. “As of now, nothing has been delayed. Nothing has been cut. There was simply a pause and everything’s up and running,” Ericksen told USA Today. However, another $100 million in grant money is still under review.

The temporary freeze only affected a small number of the agency’s programs, according to DHEC spokesman Robert Yanity. “From a national standpoint, EPA funding of state critical actions and core programs are proceeding. The transition team is asking for clarification from EPA program areas on a small number of projects which comprise about three percent of EPA’s total grant funding,” he said.

That three percent could include Upstate Forever, according to Heather Nix, director of the nonprofit’s Clean Air and Water Program. The environmental group was recently awarded a $40,000 grant from the EPA to conduct water quality improvement projects in the Tyger River Watershed, which provides drinking water to about 130,000 Upstate residents.

The program aims to help rural landowners in the watershed replace their failing septic tanks, which can leak pollutants into nearby waterways. It also aims to relocate their livestock from the banks of streams and creeks within the watershed by installing alternative water sources.

“Rainwater runoff is one of the biggest threats to our region’s water quality,” Nix said. “The EPA’s funding allows us to implement cost-effective projects across the Upstate that help prevent storm water from carrying sediment, nutrients, bacteria, and other pollutants to our rivers and drinking water sources.”

She added that the status of the program’s funding is currently unclear.

While it’s common for a new administration to pause and assess any agency’s reach and impact, it’s been years since any administration has ordered such a broad suspension on grants and contracts, according to Nathan Richardson, an environmental law professor at the University of South Carolina.

Environmentalists across South Carolina condemned the EPA freeze, saying it signifies a grim future for the state.

“President Trump’s decision to freeze the grants and contracts is just a hint of what’s to come,” said Chris Hall, Sierra Club South Carolina chairman. “His nomination of Oklahoma Attorney General Scott Pruitt for the EPA Administrator job is additional proof that we’re under an administration that doesn’t prioritize the environment.”

“Pruitt is a direct threat to the EPA and our state,” he added.

Pruitt has deep ties to the fossil fuel industry and sued the EPA a total of 14 times, trying to block the agency’s rules on carbon dioxide, ozone, mercury, waterways and Clean Power Plan. The 48-year-old Republican has also argued that the EPA should be “dismantled” and cast doubt on extensive scientific findings that show temperatures rising due to man-made carbon emissions.

Before Pruitt can take over at the EPA, he has to be confirmed by a majority vote of the 100 members of the U.S. Senate. Republicans hold 54 seats in the Senate, making it likely that Pruitt and the rest of President Trump’s cabinet picks will likely be confirmed. Pruitt has already garnered support from South Carolina’s congressional delegation, including U.S. Sens. Lindsey Graham and Tim Scott.

Pruitt’s policies are largely unknown. However, he’s criticized federal rules that protect air and water quality and advocated for a states’ rights approach to environmental regulation. That approach would give DHEC more regulatory power and flexibility but would likely mean less federal funding for public university researchers and environmental groups, according to Richardson.

“It could severely limit research opportunities for professors and leave graduate students without salaries,” he said.

Clemson University relies heavily on federal funding for various research programs. In the past two years, the EPA has granted roughly $4.5 million to the university.

For instance, environmental engineering researchers Tanju Karanfil, Habibullah Uzun, and Alex Chow were awarded $1 million from the EPA in 2015 to study which forest management practices are least harmful to drinking water resources.

“The research we’re doing will help the country adopt sustainable methods of managing forests, while ensuring that clean, safe drinking water continues to flow to our communities,” Karanfil said. “The need for these kinds of studies will grow as more frequent and intense droughts brought on by climate change cause more wildfires.”

Funding for the research is set to end in August 2018, according to Clemson’s Office of Sponsored Programs. Karanfil and his colleagues hope to make the study’s results available to various regulatory agencies, resource managers, and other professional decision-makers across the Southeast.

“The university is closely monitoring the presidential transition in order to evaluate the potential impact and opportunities that changes in administrative policy may have on the university’s research portfolio,” said Mark Land, vice president of university relations for Clemson University.

Upstate environmental groups are concerned that the new administration’s plan for the Clean Water Rule, also known as the Waters of the U.S. rule, might undo regulations and restoration efforts that have improved and protected polluted waterways throughout the region.

On the day of Trump’s inauguration, references to climate change disappeared from the White House website. Shortly after, a new page called “An American First Energy Policy Plan” appeared on the site, asserting that the new administration would eliminate climate regulations and boost coal, oil and gas production. The plan mentions “eliminating harmful and unnecessary policies such as the Climate Action Plan and the Waters of the U.S. rule.”

In 2015, the EPA and U.S. Army Corps of Engineers finalized the Clean Water Rule, redefining the Clean Water Act to include protections for brooks, creeks, streams, wetlands and other waterways feeding into American’s larger waterways.

It has since improved countless South Carolina waterways, including the Reedy River, a tributary of the Saluda River. The river, which flows through downtown Greenville, has experienced severe pollution since the early 1900s because of nearby textile mills, sewage discharges and runoff from increased urbanization.

In June 1996, Colonial Pipeline Company spilled nearly one million gallons of diesel fuel in Simpsonville. The spill polluted a 34-mile stretch of the Reedy River, floating oil about 23 miles down the river.

The spill killed 35,000 fish and contaminated groundwater for nearly three years, according to the EPA. Colonial knew that its Reedy River pipeline was exposed, rusted and missing a protective coating for several years.

Various conservation groups throughout the Upstate have worked through the years to improve the river’s water quality by assisting with education and outreach events and implementing cleanup and pollution prevention programs. For example, Friends of the Reedy River currently holds two cleanup events each year, and Upstate Forever started an Adopt a Stream program, which trains volunteers to monitor water quality along the river and its tributaries.

Now the groups fear that Trump’s policies could spell disaster for waterways and conservation efforts throughout the Upstate.

“The Reedy River is the one of the state’s most polluted waterways and there’s work that needs to be done. But it’s going to be much more difficult to keep the river clean if the new administration decides to get rid of regulations protecting water quality,” said Patricia Carson, executive director of Friends of the Reedy River.

She added that it could become more difficult for the state’s smaller conservation groups to get federal grants now that the Trump administration is planning new policies. “It seems like things are really up in the air right now, so we’re going to wait things out before we invest time and effort in applying for federal grants.”

The organization has received several EPA grants through the years. In 1998, the group was awarded a major EPA grant under the Clean Water Act to conduct a comprehensive assessment of riparian lands (stream buffers, bottomlands, floodplains, etc.) along 325 miles of the Reedy River and its tributaries. The study, completed in 1999, has helped multiple organizations identify and restore land along river. For example, Friends of the Reedy River was awarded $10,000 from the EPA in 2004 to restore 10 acres along the river.

The funding dilemma could also affect large conservation groups and water companies in the area, according to Nix. “It’s less expensive for companies to treat water when it’s already clean,” she said.

“If federal funding for conservation projects goes away, individual support for local water quality protection efforts becomes more important than ever,” she added.

This is a developing story. We will continue to update you as more information becomes available. 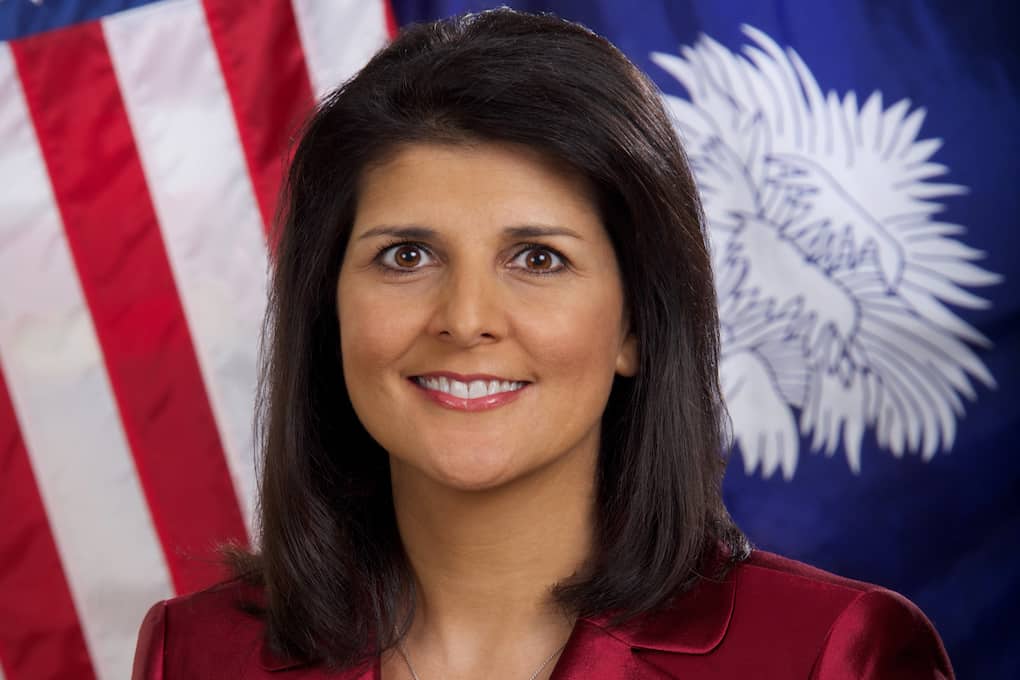 Nikki Haley at UN: This is a time of US strength, of action 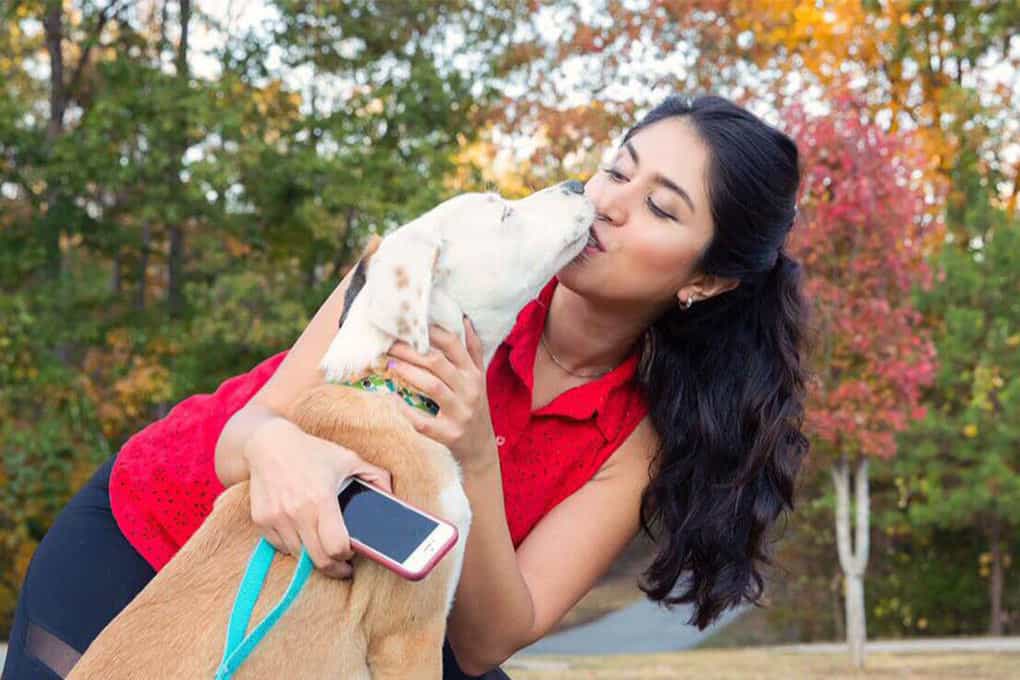