In the wake of high-profile police killings and misconduct incidents across the country, state and local law enforcement agencies are rapidly adopting body-worn cameras for their officers and deputies.

Gov. Nikki Haley signed a body camera law last June following the shooting death of Walter Scott by a North Charleston police officer. Now, roughly 300 law enforcement agencies throughout the state are required to use body cameras once they’ve received “full funding” from the state, according to the Law Enforcement Training Council.

One of the main selling points for body-worn cameras has been their potential to provide transparency into police interactions and to help protect civil rights. However, whether or not cameras can improve relationships between the public and law enforcement agencies depends on how the cameras and footage are used.

About 125 Greenville County deputies should be outfitted with body cameras before January, said Greenville Sheriff Steve Loftis. And the city will also have some of its officers outfitted by February, said Chief Ken Miller.

The cameras could have benefits – and complications.

As body cameras roll out across the country, questions and concerns about transparency and privacy continue to surface. Both agencies have created body camera policies to address any public concern or questions.

Earlier this year, two human rights groups – the Leadership Conference on Civil and Human Rights and Upturn – partnered to create a scorecard, which can be used to evaluate body camera policies across the country.

The groups evaluate department policy on eight criteria derived from their Civil Rights Principles on Body Worn Cameras. The eight criteria examine the availability of policy, security of footage and more.

The Greenville Police Department gets a green light on this one. The department’s policy is available under its “Body Worn Cameras Project” page at police.greenvillesc.gov. The. Greenville County Sheriff’s Office doesn’t plan to put its entire policy online. It does, however, plan to put its general orders online. The entire body camera policy will be available upon request, said Master Deputy Ryan Flood of the Sheriff’s Office.

Are officers or deputies required to record?

Do the policies outline when officers or deputies must record? Are they held accountable when they don’t record? The Greenville County Sheriff’s Office doesn’t require deputies to note body camera use in incident reports. However, supervisors will review deputies’ cases during their scheduled shifts to ensure that body cameras and in-car cameras are being used and that recordings are being retained properly.

The county has a list of situations in which deputies should activate their body cameras. But deputies won’t face immediate repercussions for not activating the camera. “That will be on a case-by-case basis, because law enforcement is very unique. Every call is different … no two are the same. So supervisors will have to look at each case separately,” Loftis said.

The Greenville Police Department requires officers to note body camera use in incident reports and has also created a list of situations in which officers must activate their cameras. Deputies must detail the reason if they don’t use a camera.

The department has established guidelines for usage. If an officer erased, altered or edited a recording or attempted to do so, it will be considered a “very serious offence.” That also includes officers with a “sustained pattern” of not activating their cameras. Each incident will result in a disciplinary action.

The scorecard issues green checks to policies that protect vulnerable individuals, such as victims of sex crimes, from being recorded without their informed consent. The county policy advises deputies to use discretion when interviewing a victim of rape or sexual assault. It also states that deputies should try to avoid recording nudity.

Deputies must document the reason for turning their camera off in a written report.

The policy further clarifies that “there is no obligation to obtain consent from victims or witnesses prior to using a body worn camera or in-car camera during an interview.” Deputies should be forthcoming about its use if asked about the camera.

In South Carolina, for a conversation to be recorded, consent is only required from one person in that conversation – meaning officers can legally record without consent from the person being interviewed.

The Greenville Police Department allows officers to turn off their body cameras when interviewing witnesses and victims of crimes, especially rape and sexual assault, and when an individual is not willing to talk unless it’s turned off. But they are asked to weigh the importance of obtaining information versus recording.

Officers can also turn off body cameras at secure crime scenes if they are not in an investigative role and the chance of encountering a suspect is unlikely and prior to discussing a case on scene with other officers.

Can officers or deputies watch footage before filing reports?

The Greenville County Sheriff’s Office policy doesn’t address whether or not deputies can or should view body camera footage before filing reports. It is worth noting that South Carolina law doesn’t address that concern either.

Greenville Police Department officers can review body camera footage before providing statements when the recordings assist with investigations and when completing reports. Officers will also be able to review footage of an on-duty incident prior to making a statement as long as they were involved.

How long is footage kept – and when is it thrown out?

Policies should require law enforcement agencies to delete unflagged footage within six months, according to the scorecard. The Greenville County Sheriff’s Office keeps body camera video and audio for at least 90 days. But that policy is for footage that is non-investigative not part of an internal investigation or resulted in no arrest.

The Greenville Police Department has created a list of retention guidelines. Videos that are categorized as state-level cases will be retained indefinitely. Footage of municipal-level offenses will be retained for one year. Footage showing traffic stops, suspicious person calls or in-progress calls with no arrest will be deleted in 90 days.

Footage that is non-investigative, non-arrest and not part of an internal investigation will be deleted within 30 days of the recording.

Is the footage in a secure location?

The scorecard says that policies should prohibit tampering and misuse and “indicate that all access to recorded footage will be logged and audited.”

The Greenville County Sheriff’s Office plans to store video footage of traffic related cases on VHS tapes, which will be stored in lockers in the Traffic Unit office. Those lockers are going to remain locked at all times. The Traffic Unit Supervisor plans to restrict access to the key to the storage locker, according to county documents.

The Greenville Police Department is burning video footage with state and municipal offences onto DVDs and storing them in property and evidence until disposal. Video footage of traffic offenses, in progress calls with no arrest and suspicious persons or vehicles will be kept in provided storage systems.

For auditing, squad sergeants will conduct monthly random reviews of video footage captured by their assigned officers. The Commission on Fire and Police Practices can also review footage in association with appeals from officers or member of the public. Also, Internal Affairs can review and secure body camera footage on an “as-needed basis” to complete internal investigations and inquiries.

Both agencies said they would monitor who views body camera footage.

Can you see the video if you file a complaint?

South Carolina law says body camera footage is not a public record subject to disclosure under the state’s FOIA law. But it allows law enforcement, the Attorney General and circuit solicitors to release recordings at their discretion.

The Greenville Police Department policy says that that the public release of body camera footage is subject to review by the chief of police or their designee before it’s released. It further clarifies that body camera footage “will be used, created, viewed and released for official purposes only.” However, it does say that the Greenville Police Department will consider public interests in a timely and responsible manner.

Is biometric technology being used?

The scorecard says that agencies should limit the use of biometric technologies to identify individuals in footage. That includes facial recognition.

Greenville Sheriff Steve Loftis said that the county’s body cameras wouldn’t be capable of facial recognition. However, he added that the county is open to it as biometric capabilities become more cost-efficient.

The Greenville Police Department’s policy does not address this concern. 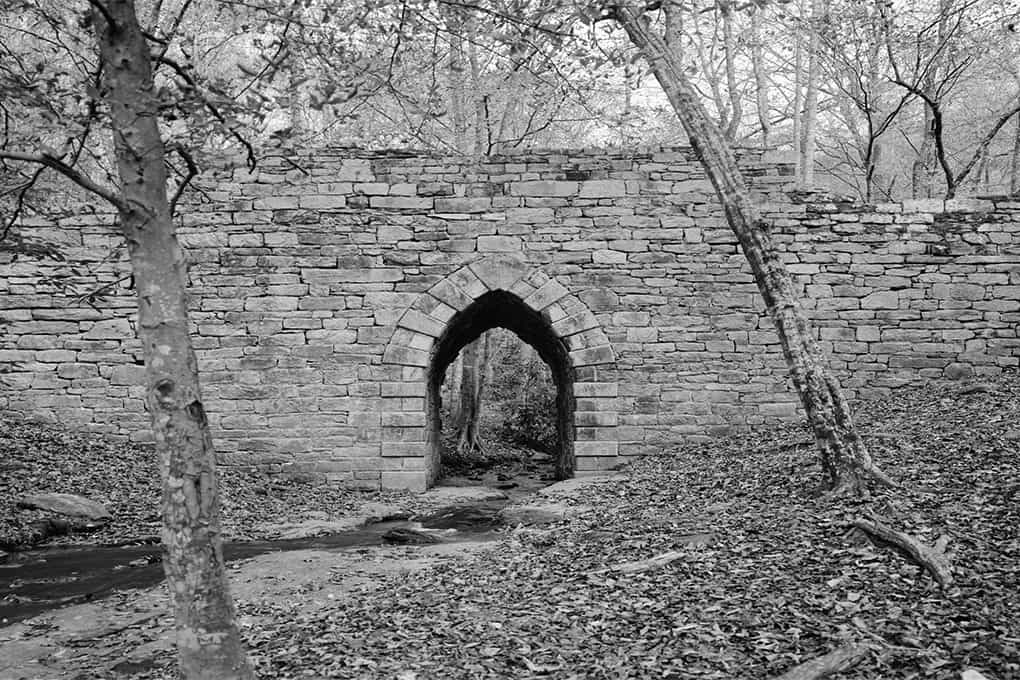 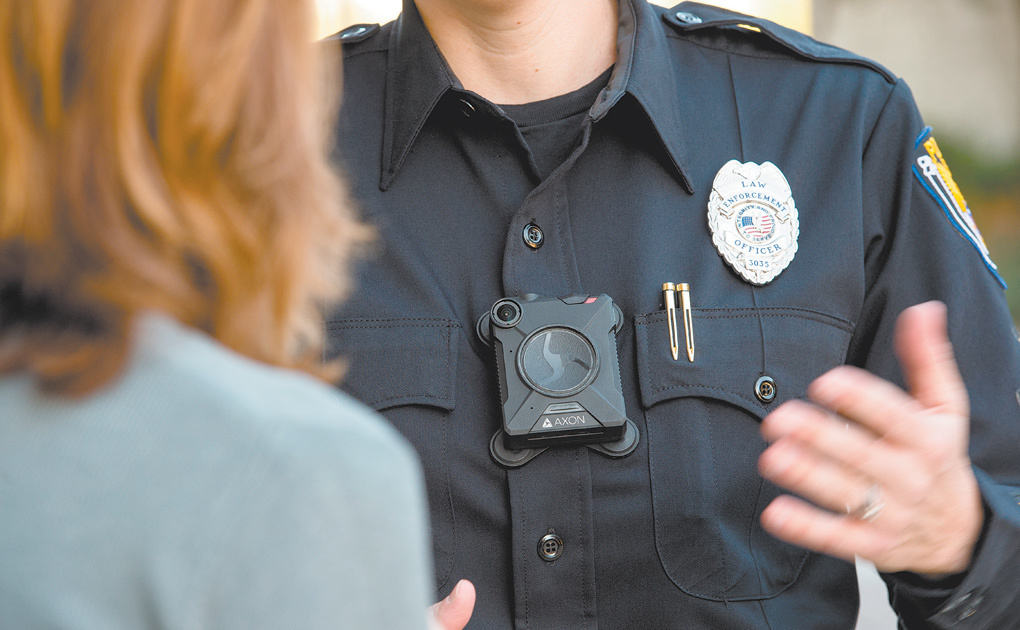 Greenville County deputies will have body cameras before January