Greenville County deputies have a perimeter set up around the parking lot of the Five Forks Branch Library in Simpsonville ahead of “Drag Queen Story Hour.” 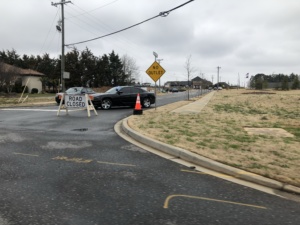 On Thursday, the sheriff’s office released a list of safety precautions they are enforcing after receiving multiple threats on social media. Lt. Ryan Flood said deputies will enforce the security measures to “ensure the safety and security of all people attended or present during the event.”

The “Drag Queen Story Hour” event is scheduled for Sunday, February 17 from 3 p.m. – 5 p.m. at the Five Forks Branch Library on Sunnydale Drive.

Dozens of protestors gathered near the library prior to the event getting underway. 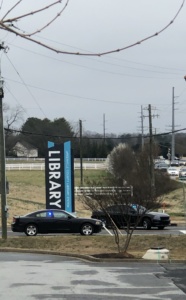 -There will be no bags of any kind allowed on the property of the library.

-Anyone wishing to assemble must use the designated areas in the parking lot in an effort to not block or interfere with library patrons.

-Expect heavy traffic congestion during the above time period.

-No parking on Woodruff Road, Sunnydale Drive or Dusty Lane. Deputies and Troopers from the Highway Patrol will be providing traffic control and enforcement.

-No weapons of any kind will be allowed on the library’s property.

-Reminder that State Law prohibits the wearing of a mask to include bandanas, to conceal a person’s identity.

-Reminder that the FAA prohibits flying drones over crowds without a permit.