And without a $10 million pledge from three branches of the Peace family the idea to build a performing arts center beside the Reedy River likely would have died before it got started.

That was more than 20 years ago.

After The Peace Center for the Performing Arts opened in 1990, it helped revive a downtown that ultimately became a national example of inner city renewal.

The Peace family has stepped up again, pledging $5 million – almost a quarter of what’s needed for the center’s first major renovation.

Altogether $11 million of the $21.5 million cost has been raised.

“(The Peace Center) has become the Peace family’s burden,” said David Freeman, a Greenville attorney who spearheaded the original fund-raising efforts. “The Peace family has this unspoken commitment. Their latest contribution says to the community, ‘we did this and we’re still in it.'”

Seven generations of the Peace family have lived in Greenville County.

The family made most of its money in newspapers.

Bony Hampton Peace, the second generation of the family to live in Greenville, bought the financially struggling morning newspaper, the Greenville News, in 1919 at the urging of his sons, Roger C. Peace and Charlie Peace.

Roger C. Peace worked as a reporter while he attended Furman, and he worked his way up to sports editor, business manager and publisher.

According to ETV’s Legacy of Leadership series, Peace was regarded as “warmhearted and unselfish.” When he heard about the serious illness of the wife of a newsroom employee, he told the managing editor he did not want the family to get any hospital, drug or doctor bills.

“You arrange it so they go to Miss Minnie,” he was quoted as saying. Miss Minnie was the newspaper’s treasurer.

Peace served a short two-month stint as a U.S. Senator to fill a vacancy caused by the death of the man appointed to fill the seat left empty by James F. Byrnes’ appointment to the Supreme Court. He didn’t seek re-election and resumed his newspaper career.

By that time, the family-owned company had bought Greenville’s afternoon paper, the Piedmont, and started the city’s first radio and television stations.

In 1968, the company merged its growing newspaper chain and broadcast company into Multimedia, which was sold to Gannett in 1995 for $1.7 billion.

B.H. Peace Jr. worked at WFBC and Charlie Peace worked on the operations side of the newspaper. Betty Stall, B.H. Peace Jr.’s daughter, said all of Bony Hampton Peace’s grandchildren worked at the newspaper during summers while in college as the Peace brothers looked for somebody who could take over the family-owned company.

“We were a female generation,” said Stall.

Her brother, Bony H. Peace III, was the only male in that generation of 11. Few of the family’s younger generations worked at the News because many have moved away from Greenville.

A recapitalization of Multimedia in the mid-1980s, about the same time talk of a performing arts center in Greenville began, gave the Peace family stock in the company and a “ton of cash,” said Freeman, who was the secretary and lawyer for Multimedia.

It was then that the children of three of Bony Hampton Peace’s children – Roger C. Peace, B.H. Peace Jr. and Frances Peace Graham – pledged $10 million to the Peace Center project. The children of the other three siblings – Gertrude Peace Leake, Laura Peace Echols and Charlie Peace – later made pledges totaling $3.6 million.

“I don’t know how we would have gotten off the ground without that initial pledge,” Freeman said.

Stall, a member of the Peace Center board for 14 years, said while many in the community thought the idea of a performing arts center on the bank of an almost-forgotten Reedy River and slumping area of downtown was crazy, she and her family did not.

“It might have been an idea before it’s time, but we saw it as an opportunity for people in the region to have access to culture we never had before,” she said. “But it has far exceeded our dreams for it.”

The family’s support has continued over the years with major contributions to the center’s endowment campaign and annual donations in the tens of thousands of dollars.

“The most recent pledge is proof that we continue to believe in it,” Stall said. “It has given Greenville personality that Greenville never had.”

It is the only community project in which the entire Peace family has participated.

“It’s a miracle we’ve done it together,” Stall said. “It says a lot for a family.”

But it is far from the only thing in Greenville that individual family members have touched.

Roger C. Peace was one of seven founders of the Community Foundation of Greenville, an organization that provided funds for things such as Greenville County’s first mass immunization campaign for polio, measles and tetanus, the Kroc Center and the Lake Conestee Nature Park. The generation of the Peace family following Stall has been involved.

Part of the library at Furman University is named for Charlie Peace.

Mary Sterling, Charlie Peace’s only child, was one of three major funders of the Upcountry History Museum.

A theater at the South Carolina Governor’s School for the Arts and Humanities is named after a Peace family member.

Frances Graham MacIlwinen, the daughter of Frances Peace Graham, helped establish the Graham Foundation, one of the largest private foundations in South Carolina. The foundation focuses on Greenville and the Upstate and has touched such organizations and projects as Furman University, the Greenville County Museum of Art, the Fine Arts Center, the Conestee Foundation, the Greenville Literacy Association, Hospice House of Greenville, the Children’s Museum, the Metropolitan Arts Council, Upstate Forever and the Urban League.

Robert Delapp III, a descendant of Laura Peace Echols, started the Button Tree Foundation which raises money for pediatric and adolescent cancer research, pays for children undergoing cancer treatment in Greenville to go on a trip to the Black River Plantation in Georgetown and also raises money for the Pleasant Ridge camp.

Pedrick Lowrey, Betty Stall’s daughter, was involved in the development of Falls Park.

Stall’s son, Russell, is executive director of Greenville Forward, an organization established to help Greenville achieve Vision 2025, a plan to create a more vibrant Greenville in the next quarter of a century. “He’s taken the mantle of responsibility,” Betty Stall said.

“There are many tentacles of the Peace family,” Stall said.

Stall said she’s happy to see a new generation of supporters for the Peace Center.

“Peace Center’s Founders began with a dream, formed a vision and developed the facility into a vital regional asset. The magnitude of this achievement was unimaginable to the dreamers,” said Rick Timmons, co-chair of the capital campaign. ” In their spirit, the new generation chose to dream again and to raise the bar for Greenville’s future.”

The renovation project is four-pronged. The plaza at Main and Broad streets will be renovated to create a more welcoming space and community-gathering place, before shows and on nights where the Peace Center is dark.

The primary theme of the renovations is to promote greater access to the Peace Center campus and facilities, inside and out, said Megan Riegel, the facility’s president.

“The Peace Center is the place for everyone in Greenville, even if they are not attending a show,” she said.

The facility’s lower campus along the Reedy River will be redesigned, including the new TD Pavilion. A grand staircase and a new outdoor elevator will connect the plaza and lower campus.

Inside, new wraparound glass-walled lobbies connected to the Peace Center’s existing brick frame will triple the size of public spaces and eliminate the traffic jams created when events in the 2,100-seat concert hall are at or near capacity. A new lounge and outdoor terrace is also planned.

Finally, the Huguenot Mill will be renovated with classroom and event spaces.

“Our campus was a pacesetter in the revitalization of Greenville 20 years ago and this plan will make it a more exciting destination for 20 to come,” said Megan Riegel, Peace Center president.

Construction will begin in the spring and will require the theaters to be closed in the summer. 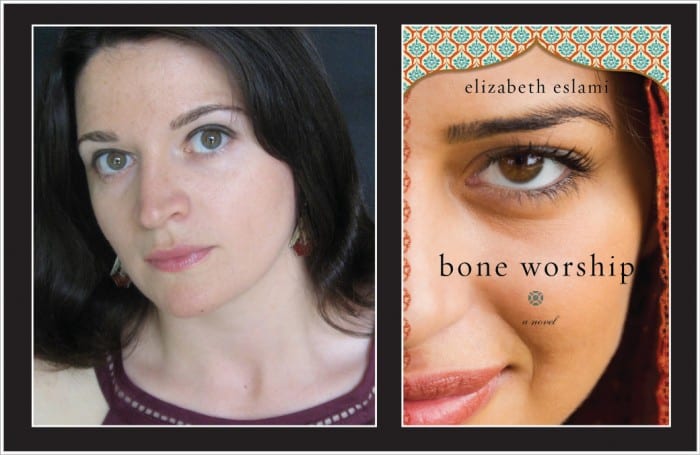