However, much of the science center’s past has been largely forgotten by the public at large. This is the story of those lost years.

One of the science center’s biggest mysteries: The concrete triangle located behind the David H. Wilkins Conference Center, which sits near the Daniel Observatory at the top of Roper Mountain.

The triangle isn’t an endorsement of a nefarious secret society. It’s actually the former foundation of a state museum that was constructed on the mountain in the 1970s.

In 1966, S.C. Gov. Robert McNair created the Tricentennial Commission to oversee statewide events and projects to celebrate 1970, the year that marked the 300th anniversary of the 1670 founding of Charles Towne, the first permanent settlement in the colony of South Carolina.

The newly formed commission decided to construct three Tricentennial Exposition Parks across the state, with each park featuring a dominant theme from one of the centuries in the 300-year period of the state’s history.

In 1968, the famous architect and inventor Buckminster Fuller visited Greenville to examine the proposed park site on Roper Mountain. After consulting with several local architects, Fuller developed a final design that called for an open-air museum with five floors of exhibits.

The design also called for a massive geodesic cube structure that would enclose the museum. The cube, which was known as a Tetron, would have a polyhedron design and point down, as if embedded in the mountain.

In 1969, the commission started building the structures. But the project suffered from constant budget overages, construction delays, and design problems. The commission eventually had to enclose the interior building after it became apparent that the cube couldn’t be enclosed in time for the scheduled opening on July 4, 1970.

Inside five floors of museum exhibits told the story of South Carolina’s growth. On the ground floor, various looms from the state’s textile industry wove fabric as visitors walked by. It also included a restaurant and gift shop.

South Carolina’s industrial diversification was featured on the third floor. It included several films that detailed how various products were made.

On the fourth floor, exhibits told the story of South Carolina’s residents. Exhibits featured their interests and involvement in the arts and sciences. It also featured exhibits on the state’s founding fathers and others who contributed to the state’s growth.

On July 3, the Tricentennial Commission held a preview of the museum for members of the press and various dignitaries. The event was successful, but it was abruptly interrupted by an afternoon thunderstorm that caused extensive damage to the museum. However, the museum opened to the public on July 4.

The museum was open for several weeks, but the design flaws of the Tetron cube caused the state to question the museum’s future. In 1971, Gov. John West stopped construction at the site until a feasibility study could be completed.

Shortly after, the commission deemed the park a failure and gave its $1.25 million to the S.C. Parks, Recreation, and Tourism Department, which removed Fuller’s Tetron from the site.

Greenville County School District purchased the site in 1974, and opened the Roper Mountain Science Center about a decade later with a horticulture facility. The school district then developed a master plan for the site in 1986, and demolished the former Tricentennial museum for its current facilities.

Another piece of hidden history currently resides in the center’s Charles E. Daniel Observatory. The observatory’s 23-inch refractor telescope, which is the eighth largest of its kind in the nation, allows visitors to view the rings of Saturn and polar ice caps of Mars, said Chuck Head, maintenance director at Roper Mountain Science Center.

The telescope, named “The Great Refractor,” was built by the Massachusetts-based company Alvan Clark and Sons in 1882 for Princeton University, where it was the main scientific instrument in the Halsted Observatory. It was used by various astronomers, including Henry Norris Russell, who developed the theory of how stars evolve.

In 1933, Pittsburgh’s J.W. Fecker Company rebuilt the telescope entirely and constructed a heavier mounting. The U.S. Naval Observatory purchased the instrument in 1964 to precisely measure star positions. However, federal funding cuts prevented its use. In 1978, the Navy sold the telescope to the Greenville County School District for the costs of shipping from Arizona.

The telescope, which was disassembled for transportation, arrived in Greenville in September 1978. The school district immediately placed the expensive, fragile lens in a safe at the district office. But the telescope’s body was placed in a warehouse until 1985, when maintenance crews finally started assembling the telescope’s 23-ton body at the Textile Hall building in downtown Greenville.

“It was an interesting situation, because we didn’t really have any instructions to use. We actually only had a picture that showed a little man standing beside the telescope,” said Head, who oversaw the assembly process.

In 1986, the school district finished assembling the telescope and installed it inside the newly constructed observatory.

The telescope is now used for student astronomy classes, teacher workshops, and public observations. Each Friday evening, the observatory is open from 7 to 10 p.m. for public observations in conjunction with programs at the planetarium. Roper Mountain Astronomers, a club based at the science center, also provides organized activities.

Hidden beneath Roper Mountain Science Center is a network of abandoned storage rooms, restrooms, and office spaces that once housed the employees of the Piedmont Exposition Park, a failed museum that was constructed by the state in 1970 to celebrate the 300th anniversary of South Carolina’s first colony, Charles Towne.

The science center now calls it “The Hatch.” 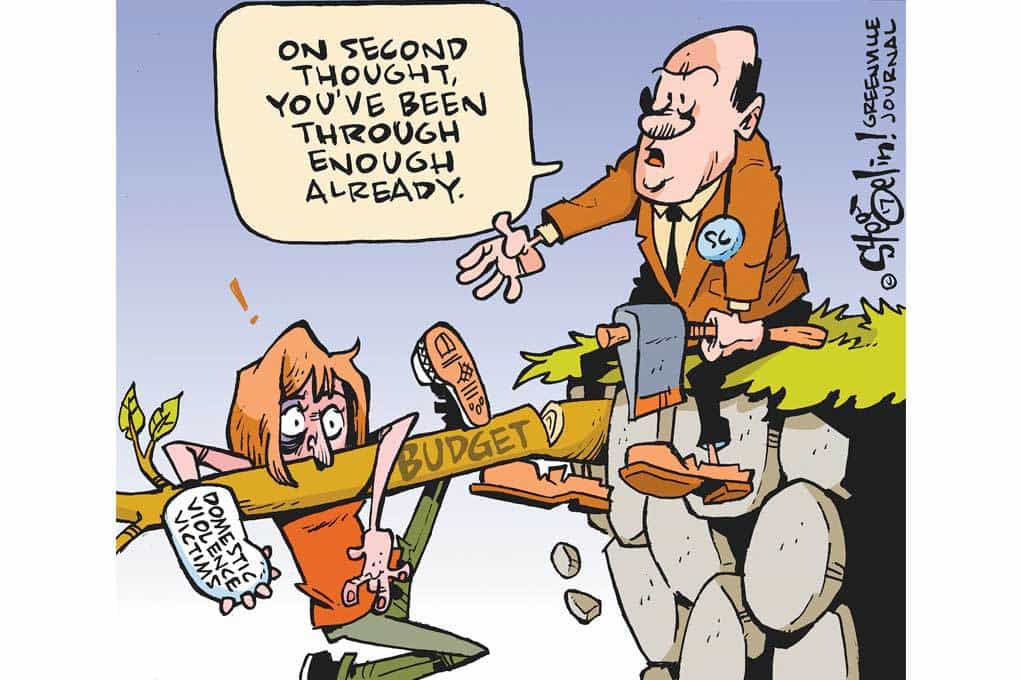 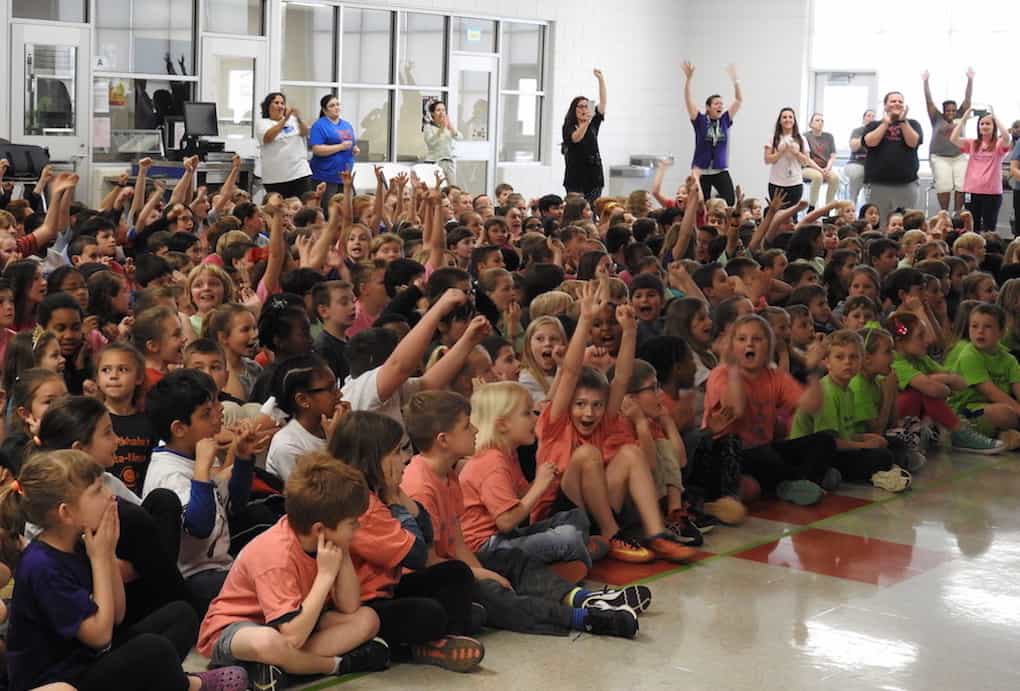 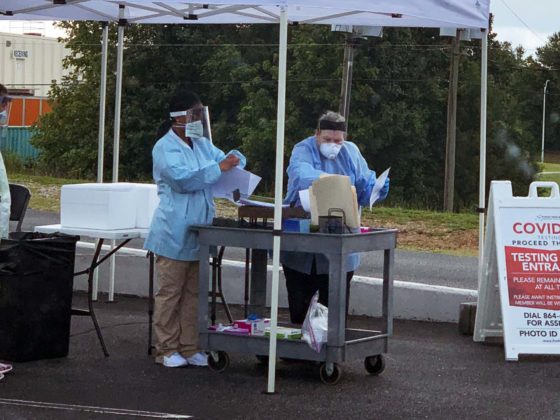 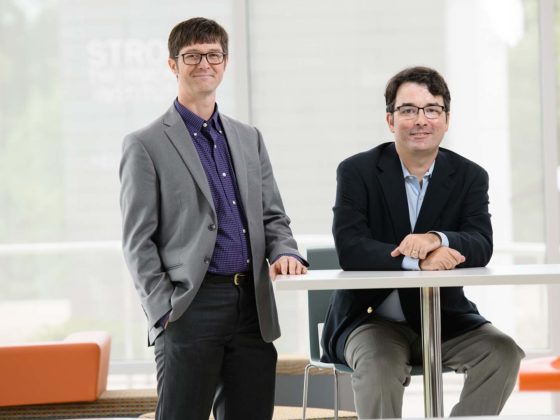