In 1911, the paths of two men from diametrically different worlds were brought together. And the path for black communities in the rural South was changed forever.

The influence and experience of Booker T. Washington combined with the vast wealth and social conscience of Chicago businessman Julius Rosenwald, challenging and transforming educational systems and bringing real educational opportunities for the first time to thousands of black youngsters.

Rosenwald helped to build 5,357 schools, including more than 500 in South Carolina and 105 in five Upstate counties. For the first time, educated teachers, decent schools, and structured curricula were accessible. And by the mid-20th century, more than one-third of the black youth in the South had received education and occupational training at Rosenwald schools.

The story of these schools and Rosenwald’s significant contributions to black education and cultural preservation will be the subject of two Black History Month events sponsored by the Greenville Jewish Federation. The program includes the biographical film “Rosenwald,” a talk by his historian grandson, Dr. Peter Ascoli, and a book signing.

The Greenville Jewish Federation’s mission is to “connect, educate, and inspire,” according to executive director Amy Hammer. Hammer describes the Rosenwald story as “significant for our times because he was Jewish, because he was the child of immigrants, and because of the connection he made when he heard about the need for education in the South.”

Rosenwald began as a peddler who became a shopkeeper, and then parlayed experience in the family haberdashery business into a one-third share of Sears. He eventually became its chairman, instituted cutting-edge technology solutions, and took the retailer public in 1906.

Despite his wealth and position, Rosenwald was, by all accounts, self-effacing, socially aware, and intent on using his vast wealth philanthropically. “He was a great unsung philanthropist,” says Ascoli.

But he was not unsung in the South.

The heart of a community

Truman Humbert attended Chapman Grove School (originally Pleasant Grove School), off Route 25, for one year just prior to the school consolidation program that spelled the end of the need for Rosenwald schools. A retired teacher, member of the executive board of the Greenville County chapter of the NAACP, and president of the Greenville chapter of the Afro-American Historical and Genealogical Society, Humbert has a dream of turning the Chapman Grove site into “a museum to record the life of black people in southern Greenville County.”

The school opened in 1922, at a time when education of black children was substandard at best. Schools were few and far between, and those that existed were in disrepair, poorly equipped, and staffed by teachers who were undereducated themselves.

But black leaders, like Booker T. Washington, understood that education was the path to better futures. And that filtered down into black communities. “My mother and father told us over and over again to get an education, to read,” Rep. John Lewis of Georgia, a Rosenwald alumnus, recalls in an interview in the film.

“Leaders of the community knew Julius Rosenwald’s story very, very well,” says Humbert. “They knew about his philanthropy and what he had done and they made sure they told us.”

While built to educate black youth, the Rosenwald schools served a greater purpose. In the Jim Crow era, blacks could not use the library, so the schools filled that purpose. They were also community meeting places and sources of pride where people came together and worked to maintain the schools.

“We would have had a different America”

The foundation for the program was laid in the summer of 1910 when Rosenwald read Washington’s “Up From Slavery” and William Henry Baldwin Jr.’s “An American Citizen.”

“They changed his life,” notes Ascoli. “He was really struck by the problems that were faced by African-Americans.”

In their stories of the treatment of blacks in the U.S., Rosenwald saw parallels to the pogroms against Jews in Eastern Europe. In 1911, he met Washington and asked him how he could help.

Washington had founded Tuskegee University in Alabama in 1881 in a one-room shanty. By 1911, it was an impressive facility, designed, built, and maintained by its students.

Washington gave Rosenwald a blueprint to bring form to his philanthropic intent. The program they devised was a hand up to black communities, not a handout. Rosenwald agreed to provide a total of $687,000 (roughly $16 million today). He would cover 25 percent of the funds for a school in any community that could raise a matching 25 percent from the black community and get the remaining 50 percent from a combination of state and local funds. It was, Ascoli says, “the first true public-private partnership.”

Humbert carefully guards documentation that shows that a teachers’ home was built at the Chapman Grove site in 1931. The black community raised $1,283 toward the $3,958 to build it. “In the heart of the Depression,” Humbert emphasizes.

Ascoli points out that the black community contributed more overall to the cost than Rosenwald did between fundraising, donating lumber and materials, and providing labor.

By the end of the program, Rosenwald had endowed well beyond his initial plan. In South Carolina alone, the Rosenwald School Building Program invested $380,305 between 1917 and 1932 to build more than 500 schools, according to documentation from the National Register of Historic Places.

Schools were not immune to the violence in their communities; some were burned. But Rosenwald provided funds to rebuild them.

It is hard to overstate the role these schools had in the South, according to Pulitzer Prize-winning author David Levering Lewis. Without the Rosenwald schools, he says, “we would have had a different America.”

In 1938, 4-year-old Katrina Sims started school at Chapman Grove. The school had been renamed to honor its founder John H. Chapman, Katrina’s uncle.

The middle child of eight, Katrina, walked the 3 miles to school each morning. Her older siblings “didn’t want me to go,” she says, “because they didn’t think I could keep up. But I did!”

The Rosenwald schools mirrored ideas that Washington had instilled in Tuskegee. The “industrial” curriculum prepared students for a world of work, offering skills training for the boys and cosmetology and home economics for the girls, along with reading, writing, math, and typing.

Sims, who is a part-time bailiff at the county courthouse, was a good student, bringing home reports with A’s and B’s. Despite good grades and plans for nursing school, Sims’ education ended with high school graduation when her mother passed away at age 45, leaving her to help her father care for her younger siblings.

Sims’ cousin, J.R. Cobb, has a deep connection to the Rosenwald schools: He is named after the benefactor.

Julius Rosenwald Cobb and Sims went to school together. The day started at 8 a.m., but they had been up for hours before that. As an agricultural community, there were always chores to do. Before school, Cobb recalls “milking cows, slopping the hogs.” The walk to school could include being run off the road by school buses. “We had to jump into the ditch,” he adds. “The bus would run you down if you were in the road.”

Without electricity for light or heat, schools relied on nature to provide. All the Rosenwald schools had some distinguishing characteristics and were designed from core plans developed by architects. In South Carolina, the Rosenwald schools were built from the designs of Robert Taylor, the architect of Tuskegee University, and, in later years, Samuel L. Smith of Nashville. Regardless of the architect, they are oriented North to South and are recognizable by very large and numerous windows, designed to take advantage of the sunlight for both light and warmth.

J.R. often began his winter school days collecting wood to stoke the school fires and bring warmth to the classrooms.

Humbert, Sims, and J.R. have experienced all three education eras in the South: segregation, consolidation, and integration. Chapman Grove operated for 31 years until 1954 when black high schools were consolidated into Bryson High School, and all the elementary schools into Burgess Elementary. Black students were bused to school until desegregation in 1970.

Consolidation spelled the end of the Rosenwald era as well. Many of the schools were sold — or, as in the case with Chapman Grove, torn down. Today only 10–12 percent of the schools are still standing. Those that remain are part of the National Register of Historic Places.

For Humbert, the school, a centerpiece of the community of his youth, is also a physical manifestation of its founder and principal. The two are indistinguishable from each other.

“John Chapman’s efforts made a difference in the quality of life. He made sure that black people had the opportunity to get the maximum education available to black people at that time,” says Humbert.

Through his efforts, he hopes to have a historic marker placed on the Chapman Grove site as the first step toward honoring its role in the area’s development.

“We have a mandate to record the history of our community,” he says. “If we don’t, it will be lost forever.”

The Rosenwald program, sponsored by the Greenville Jewish Federation, features a talk by Dr. Peter Ascoli, Julius Rosenwald’s grandson and a historian who has written his biography. Ascoli will speak about Rosenwald’s significance and sign copies of his book. The film “Rosenwald” will also be screened. The programs at Clemson and Furman universities are both free to attend, but online registration is required.

To celebrate his 50th birthday in 1917, Julius Rosenwald established a philanthropic fund. His biographer and grandson, Dr. Peter Ascoli, described it as a small fund, but it grew significantly over the years and by the time of the Depression had assets upwards of $40 million.

The fund benefited many causes important to Rosenwald and, as it was described, “for the benefit of mankind.” As a Jew, he gave significant support to Jewish charities. But a considerable focus of his philanthropy was to benefit black communities, support education, and enable black artists, writers, and musicians to record the black experience.

Among the beneficiaries were historically black colleges and universities including Tuskegee, Howard, and Fisk.

To help build communities, he built an apartment complex in Chicago for middle-class blacks. The Michigan Boulevard Garden Apartments, generally known as the Rosenwald Building, was home to a fledgling intellectual community. Langston Hughes, Marian Anderson, and Nat King Cole were regular guests, as were sports figures Joe Lewis, Jesse Owens, and Ralph Metcalf. At the time, it was called “a model city.”

Beneficiaries from the arts and sciences are a who’s who of black celebrity and achievement. Grantees included:

Rosenwald’s foundation was established with the goal that it would end no later than 25 years after his death. Losses sustained during the Depression shortened the fund’s lifespan, and it ended in 1948. 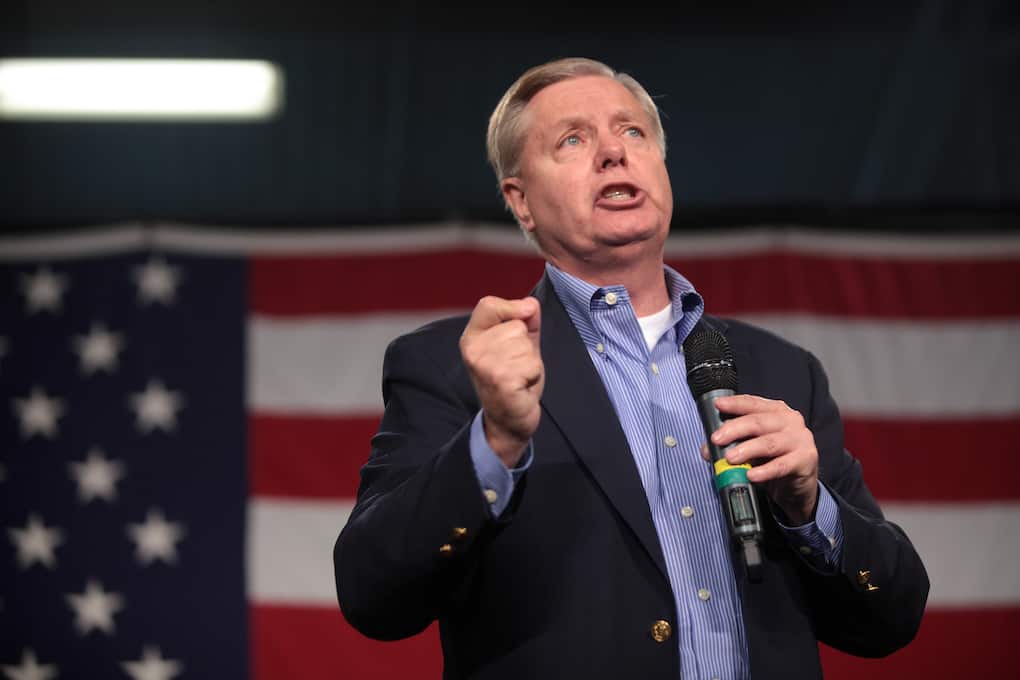 Graham: Free press and judiciary are ‘worth fighting and dying for’ 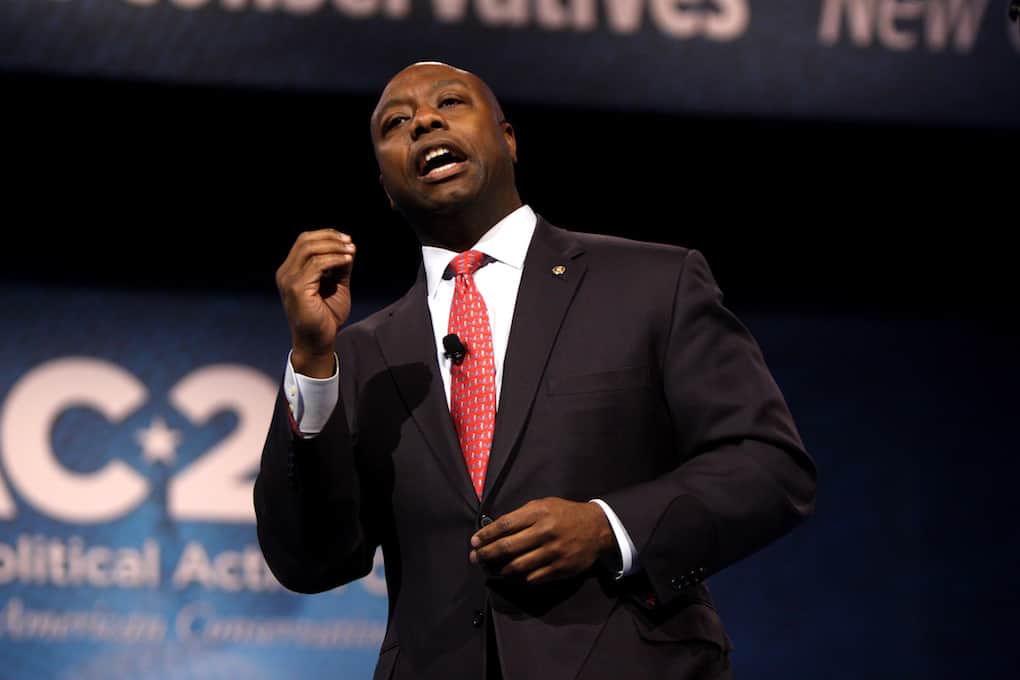