“There’s nothing like walking two or three dogs in a hoop skirt and a corset,” says Joanne Johnson.

She would know, having recently returned from a weekend of doing just that at the Georgia Renaissance Festival. She volunteers for The Hounds of East Fairhaven, a group that performs at festivals throughout the Southeast, in full period garb, promoting adoptions for greyhounds as well as other “sighthound” breeds, such as borzoi, whippets and Ibizan hounds.

Through her work with Greyhound Crossroads, finding good homes for greyhounds has been Johnson’s passion for the past decade. “Ever since I adopted my first greyhound,” she said, “I just fell in love with the breed.”

Greyhound Crossroads, based in Greenwood, has been around since 1997, providing foster homes for more than 1,000 retired greyhound racers, and working to find permanent homes for them in the Carolinas and Georgia.

After adopting her first greyhound more than a decade ago, Johnson immediately volunteered to foster dogs, and is now the Greenville representative for Greyhound Crossroads.

The organization, which also has representatives in Easley, Charleston, Columbia, Myrtle Beach and Augusta, S.C., as well as in Charlotte, N.C. and Augusta, GA., is the longest-running greyhound adoption group in the state. Greyhound Crossing describes itself as “pro-greyhound, racing neutral and anti-abuse.”

The racetracks aren’t necessarily the bad guys, Johnson explained. “We like to work closely with the tracks, with the trainers, and with the individual racing owners,” she said. “They’re taking good care of them and working very hard with us.”

Some of the greyhounds’ previous owners and trainers pay up to $80 to transport a dog to his new home, or pay for spaying and neutering, or make other generous donations, Johnson said.

“In most cases, we’re taking a valuable athlete worth thousands of dollars from somebody who’s done their best to take care of the dog in the best way possible so they could be a successful racer,” she said.

Greyhound Crossing has no kennels, Johnson said. “We rely on a great network of foster homes to take in the dogs and work with them and teach them how to be in a house.”

The dogs have a lot to learn before they’re ready for their adoptive homes. “A lot of our dogs have never been in homes before,” Johnson said. “They’ve come straight from the racetrack. So we need to teach them how to walk on shiny floors, because they don’t have many of those at racetracks. We teach them how to go up and down stairs. Basic house manners. And usually they learn so fast. It’s just amazing that within a few days they can make that transition from living in a kennel to living in a home.”

Most of the dogs come from tracks in Florida, and have retired relatively young from racing. “We usually get them when they’re between 2 and 5 years old,” Johnson said. And since greyhounds typically live between 12 and 15 years, “they’ve got a lot of good years left when we get them.”

Some of the dogs in the worst shape, Johnson said, are the rescue dogs the group finds at shelters or accepts from families who are unable to care for them. “Usually, if a greyhound turns up in a shelter, the greyhound community will go to the shelter and get the dog and adopt it out ourselves,” she said. “Greyhounds are very unique, just like all breeds are unique. I know a lot about greyhounds, and the adoption community knows a lot about greyhounds. And the Humane Society and groups that handle more breeds of dogs may not know as much about each specific breed that they’re handling. We believe that we’ll do a better job of placing that dog and educating the owners about this specific breed, because we just deal with this specific breed.”

Detailed knowledge of a specific breed is the philosophy behind several breed-specific dog rescue and adoption organizations in the Upstate and around the country. Locally, FootHills Golden Retriever Rescue in Greenville and Carolina Poodle Rescue in Greer are two groups providing breed-specific services. Nelly’s Nards in Liberty handles St. Bernards, and Ararat’s Doxie Haven works with purebred dachshunds.

A complete list of Upstate dog rescue and adoption groups is available here.

For example, those unfamiliar with the breed may not know that greyhounds have larger hearts than most dogs. “Not even all vets know that,” Johnson said. Greyhound Crossroads has a network of greyhound specialist veterinarians, and provides support for other vets.

New greyhound owners are also often surprised to find out their dogs aren’t speed demons. “We call them 45-mile-an-hour couch potatoes,” Johnson said. “They’re sprinters, so they do a 30-second race at the racetrack once every three to five days, and that’s it. I wish I could exercise that little and look as good as they do. They’re the supermodels of the dog world.” 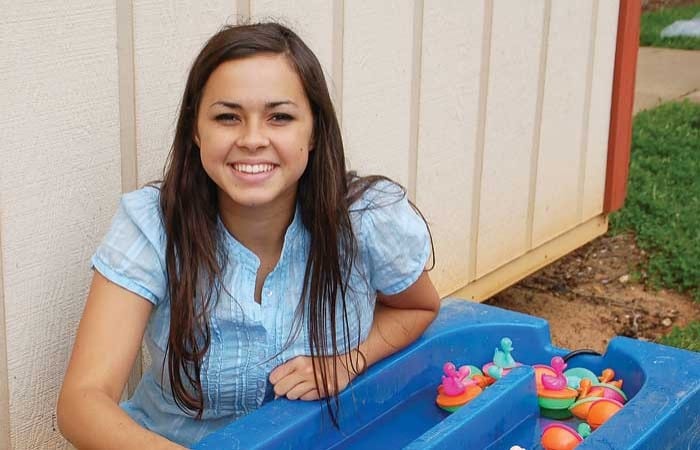