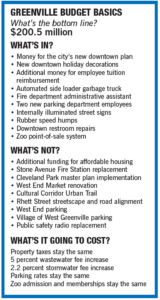 Police Chief Ken Miller had proposed in January the city create a special downtown “entertainment district unit,” which would patrol from Markley Street near Fluor Field in the West End to Beattie Street near the Hyatt from 3 p.m.-3 a.m. to coincide with downtown’s peak hours.

The proposed budget, unveiled by City Manager John Castile and members of the city’s Office of Budget and Management at the City Council’s committee of the whole meeting Tuesday, April 3, adds eight officers and two sergeants, half of Miller’s request.

The new police officers were one of the few new initiatives included in the proposed budget.

There were $7.3 million in new requests; less than $1 million could be funded, Castile said. “Many are worthy projects,” he said. “We’ll keep them on the list.”

Among the new items that got in were extra money for employee tuition reimbursement, replacement protective equipment for the fire department, more police body cameras, internally illuminated street signs, rubber speed humps, two new positions in the parking department, downtown restroom repairs, a new point-of-sale system for the zoo, an automated side-loader garbage truck, and money to pay for the city’s new comprehensive and downtown plans.

Left out were new public safety administrative space, additional funding for affordable housing initiatives, a new Stone Avenue Fire Station, implementation of the Cleveland Park master plan, renovation of the West End Plaza, streetscaping for Augusta and Laurens roads, new parking in the West End and the Village of West Greenville, and expansion of the Spring Street parking garage.

Greenville residents wouldn’t pay higher property taxes under the proposed budget, but they would pay more for wastewater and stormwater collection.

Parking and zoo admission and memberships rates would stay the same.

Miller has said the new entertainment district unit is needed to keep up with downtown’s growing popularity with residents, visitors, and protestors.

The city’s downtown residential population is increasing — it is estimated that about 7,000 people now live there. There are 1,484 residential units under construction and another 142 in the planning stages.

About 28,800 people work downtown during the day.

One hundred and twenty-five restaurants and 25 bars operate in the central business district from Beattie Place to Markley Street. Ten hotels are operating now, and four are under construction. Two more are planned.

In addition, the Greenville Health System Swamp Rabbit Trail attracts more than a half million visitors per year; the Cancer Survivors Park is nearing completion; and plans for City Park, the city’s new signature park on the western edge of downtown, are being developed.

There were 445 special events held in Greenville last year, and 99 percent of them occurred in the central business district. In addition, downtown has become a popular place for political protests and demonstrations. 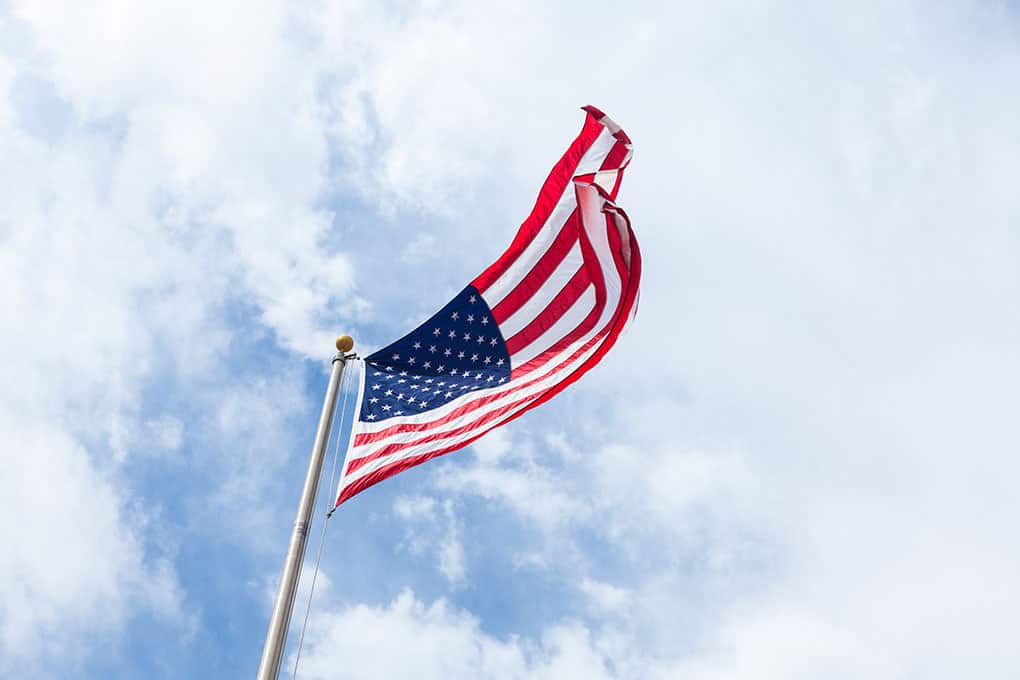