When the COVID-19 pandemic forced significant changes to the way courtroom proceedings were managed across the state during the past year, the wheels of justice slowed, but did not stop.

“I guess the best way to describe it is it’s an interstate highway where one lane is blocked by a wreck,” said Richard Shirley, Anderson County Clerk of Court.

He said that despite significant disruptions to the court system brought on by masking and social distancing requirements, a shift to holding proceedings virtually kept the entire court system from grinding to a halt.

“There has still been work done despite the restrictions,” she said. “We’re proud of how hard we worked to keep things going.”

Both King and Shirley point to the use of WebEx and Zoom platforms as vital resources that kept much of the judicial system operational through the worst of the pandemic.

King said that from the civil law side of things, Greenville County courts were effectively able to “keep our heads above water.”

She added that judges’ willingness to adapt to virtual proceedings for things like hearings on motions and oral arguments from attorneys helped forestall significant backlogs like those brought on by the suspension of jury trials for much of the past year.

Shirley said the real challenge coming out of the pandemic is addressing the backlog in jury trials, which state Supreme Court Chief Justice Don Beatty approved to resume in early April of this year.

“This isn’t just something we can snap our fingers and say we’ll work our butts off for six months and catch up,” Shirley said. “And this isn’t something you can just throw money at.” 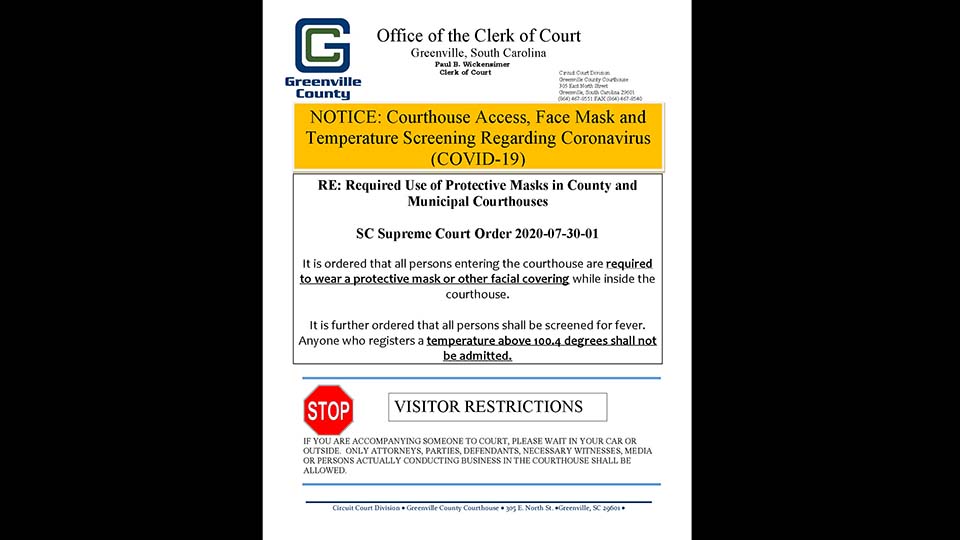 He explained that at issue is the limited number of judges, courtrooms and court reporters. Even without pandemic restrictions, those factors impose limits on the number of proceedings that can take place. Now that jury trials have the green light, courts across the state are beginning the slow work of selecting jurors and scheduling trials.

Shirley said his office sent out questionnaires to a wide pool of potential jurors to gauge their willingness to sit in a courtroom and found the overwhelming number of respondents were ready to do so. That opened the way for the county’s first jury trial of the year earlier this month.

Thirteenth Circuit Solicitor Walt Wilkins said his office conducted its first jury trial since February 2020 in early April of this year. Three other jury trials followed that month with two conducted in May. He added that whereas selecting a jury averaged about two hours pre-pandemic, continued limitations on the number of people able to gather in one place means selecting a jury now takes a full day.

Both Shirley and King said one side effect of the pandemic restrictions was they created incentives for litigants and attorneys to settle cases that under normal circumstances would likely have gone to trial.

Despite the easing of restrictions, virtual proceedings are likely to remain in place for some court proceedings, according to South Carolina Supreme Court spokeswoman Ginny Jones. King added that her office is evaluating which types of proceedings might remain virtual going forward. 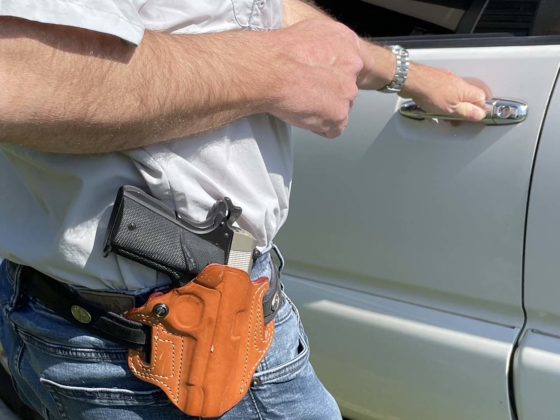 What to know about South Carolina’s open carry law 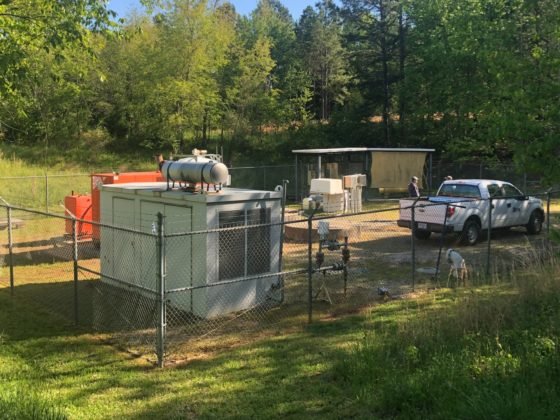