In her cramped studio, disembodied figures watch her as she paints — the top half of a centaur, a unicorn head, a distraught Mary Magdalene bust.

Lines run down the sculptures where foam insulation boards fit snugly together, meticulously carved into mythical creatures and Greco-Roman shapes. Giant legs hang off of her small studio’s shelves. Torsos sit several feet from their counterparts, which when assembled at a gallery or showing, form imposing figures with gazeless stares.

Perhaps most striking about Day’s sculptures are the media — made of pink foam-board insulation often found inside the walls of a house, the sculptures evoke images of unfinished Renaissance-era statues.

But the unfinished aspect of the sculptures is intentional.

“They’re disembodied parts that create a whole when they are installed, and I did that to go along with the state of restoration and disarray that actual classical sculptures are found in and how they’re displayed in museums,” Day said. “There are gaps, implied continuity by the proximity.”

Some of the sculptures have gaps made into their limbs, while another might be set up inches or feet away from the other half of its torso.

Originally from McKinney, Texas, Day moved to Greenville when she was 11 before attending the South Carolina Governor’s School in high school and graduating with a bachelor’s degree in painting from the Maryland Institute College of Art.

Day, 27, graduated from Clemson University last year with a master’s in fine arts concentrating in sculpture.

She initially tried sculpting while in college as a way to find subjects for her paintings.

Day realized her love for sculpting after finishing her first few pieces.

“I thought sculpture had a more lasting effect, more visceral, more immediate results because you can hold it in your hands,” Day said. “It felt more real than a 2D image.”

Sculpting also helped Day go into her paintings with a more focused plan — with sculpting, she had to know ahead of time what she wanted to create and what material she would use, even if the ultimate product differed slightly.

When Day painted in the past, she often hadn’t formed a plan ahead of time.

Her paintings have an element of surrealism while still maintaining realistic properties. In one painting, a picnic sits on the back of a horse. In another, a girl sits in front of a Western backdrop by a plate of sushi.

“They’re surreal in terms of the subjects that are combined, not so much in the placement,” Day said. “I don’t have really distorted objects, like Dali.”

Day recently was commissioned to do a portrait for the city of Clemson of a past mayor, although she doesn’t know yet which mayor it will be.

Day draws on artists like Dali, Donatello, and Cézanne for inspiration, but she credits several people throughout her life for influencing her.

Her idea to use insulation foam in her sculptures came from her experiences with her dad, who has worked in construction since she was young.

“I would walk around the in-progress house sites,” Day said. “He would build our homes every time we moved, so I would tour the house and see all of the raw materials exposed as it was being built.”

Day’s mom is also an artist, which is how she learned how to paint at a young age.

“My first studio in Greenville I shared with her,” Day said. “Her main focus is portraiture. She does pastels, oils, and acrylics. I would sit down and paint with her when I was little and always compare myself to her.”

Now, Day has her own studio in West Greenville filled with portraits and sculptures on which she works when she’s not teaching art at Lander University. In the spring, she’ll begin teaching at Clemson University, as well.

Kymberly Day’s studio is on the second floor of 1278 Pendleton St., Greenville. Some of her works can be found on her website: www.kymberlyday.com. 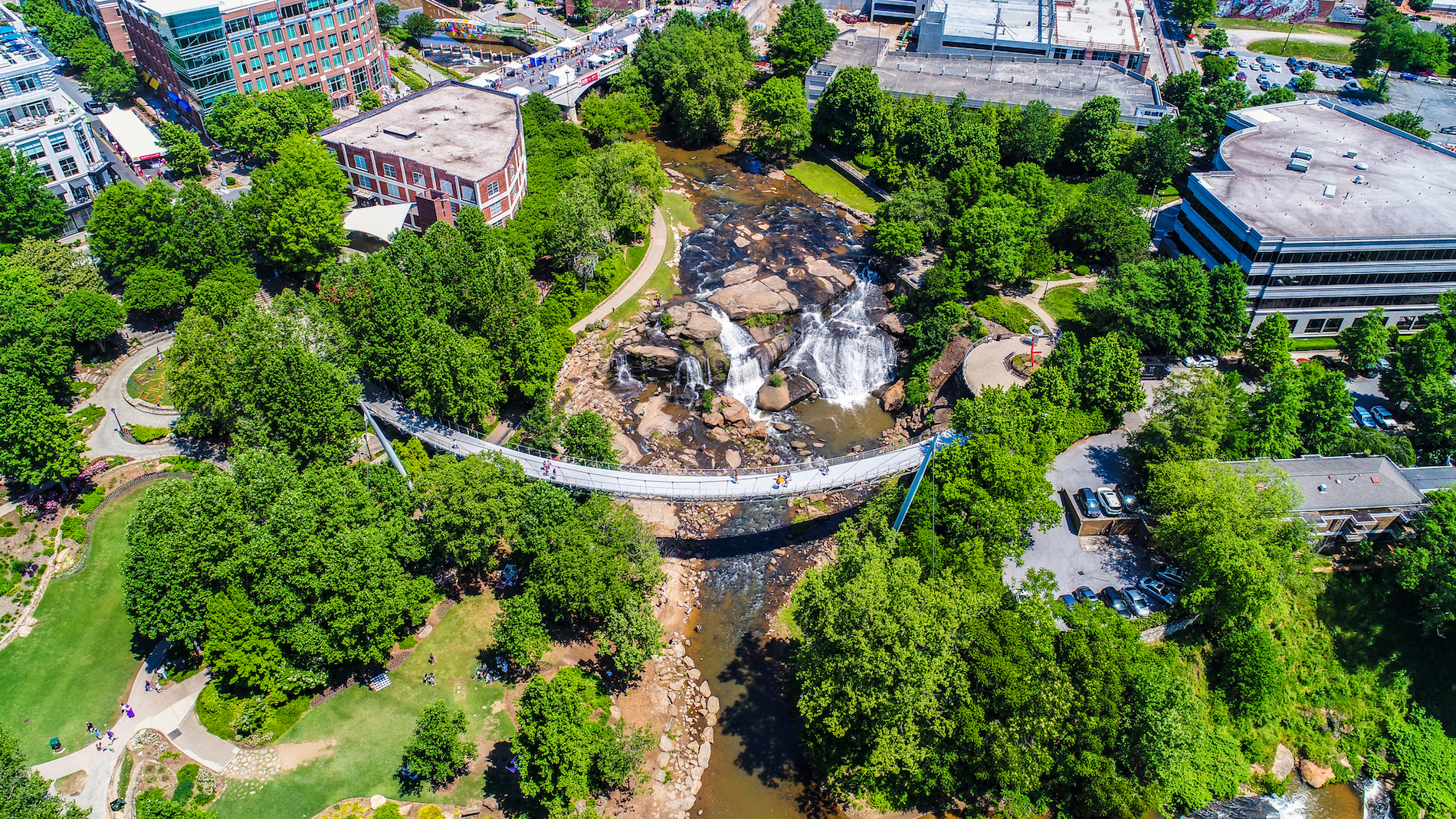