A life and death moment at the championship baseball park

Jody Parker stood between the baseball fields and fixed his eyes on the space of sky above the treetops. The clouds had turned gray and purple, and the leaves on the trees had turned over to reveal their white underbellies. It was just after 5 p.m. on May 18 at Northwood Little League’s Corey Burns Park, and before any ball crossed the plate, Parker had to make the biggest call of the night.

As the league’s president, he had to decide whether to postpone the games before they started. Dozens of families and players milled around the fields waiting to see what Parker would say.

The rain started its attack in diagonal sheets. Wind pushed the water across the blacktop in little waves and forced families under a pavilion in the middle of the Corey Burns complex. They stood huddled together, no longer as concerned about the baseball games as how long they’d be trapped.

What few of those people knew was that just 50 feet away an elderly man had fallen, and as near as anyone could tell, that man was about to die in the rain.

By now, there aren’t many people in Greenville who haven’t heard about Northwood Little League. Last week, Northwood’s All-Star players from its Majors division did what no other South Carolina team has done since 1950. They won a berth to the Little League World Series in Williamsport, PA.

The young men and their coaches all come from the Taylors area. For most of the spring season at Northwood, they were each other’s opponents. They played on different teams and fought tooth and nail to beat each other. Now, as one team, they have an opportunity to be the first group of young men in South Carolina history to win a Little League World Series game.

There are bigger, wealthier little league parks, but it’s hard to find a team with bigger hearts. While I’m admittedly biased (both of my sons play at Northwood in younger divisions), you would be hard-pressed to find a Little League group that operates more like a family. At no time was that more clear than when rain started to pound the fields last May.

The elderly man named Don had come to watch his grandson play that night. People surrounded him, and no one could find his heartbeat.

“Doc!” yelled a coach. Dr. Doug Wyland came from around a building and knelt at Don’s side.

“He’s not breathing,” someone said.

Dr. Bryce Nelson was just inside the concession stand. He’d come as a volunteer to sell popcorn and snow cones. Now, he pushed into the rain and joined Wyland at Don’s side.

Don’s wife stood under a small awning watching her lifeless husband lie in the rain as Wyland and Nelson worked. A young girl, Don’s granddaughter, buried her face into her grandma’s stomach and sobbed. A few feet away, the coach who had called for a doctor watched, helpless, with tears on the bottom edge of his eyes.

Dr. Nelson, his clothes soaked through to his skin, exploded back into the concession stand, grabbed an automatic defibrillator, and re-joined Dr. Wyland in the pouring rain. Across the way, Northwood family friends had pulled Don’s grandchildren under the pavilion, wrapped them in towels, and shielded them from what was happening to their grandfather.

It rained 2.2 inches in just a couple of hours. People would say later that they had never seen that kind of rain in Greenville. They had also not seen anything like what happened alongside the concession stand on May 18.

Nobody saw a single pitch at Northwood that night. There wasn’t a baseball memory to be made. At the same time, two young children escaped having the memory of watching their grandfather die at the ballpark. In the blinding rain, those doctors from the Northwood family saved Don’s life.

When Northwood’s All-Stars play Friday at 4 p.m. in Williamsport, VA, they will have all of Greenville and the state of South Carolina behind them. What’s more they have one more fan who might not have been around to see this moment happen. Today, Don sits at home very much alive, still able to watch Northwood play in the Little League World Series.

On its face, that stormy night at Corey Burns Park has nothing to do with the Northwood All-Stars’ historic World Series accomplishment. On another level, however, it represents the best of the Northwood family. Whether it’s the doctors and families who tended to Don that night or the coaches and players who have electrified our entire state, Northwood is what happens when a group of people stop being each other’s opponents and unite behind a common goal.

No mater the outcome of the games in Williamsport, if South Carolina needs another reason to be proud, the Northwood community is a great place to start. 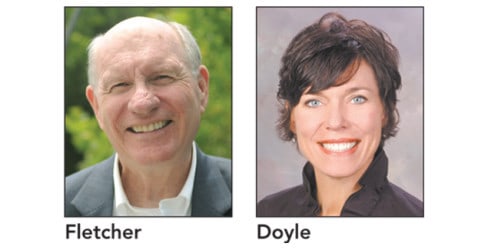 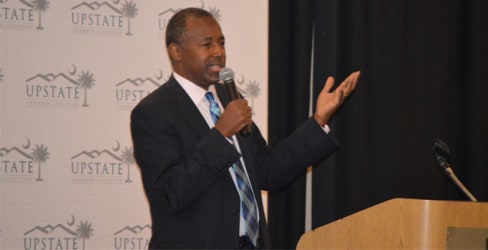