Beginning this summer, residents in the Alta Vista, West Greenville, Southernside, and Hampton-Pinckney neighborhoods will be able to jump on a trolley to get around downtown and visit some of the city’s most popular tourist attractions.

Two new trolleys will serve the growing art and restaurant district in the Village of West Greenville, in addition to Cleveland Park and the Greenville Zoo. 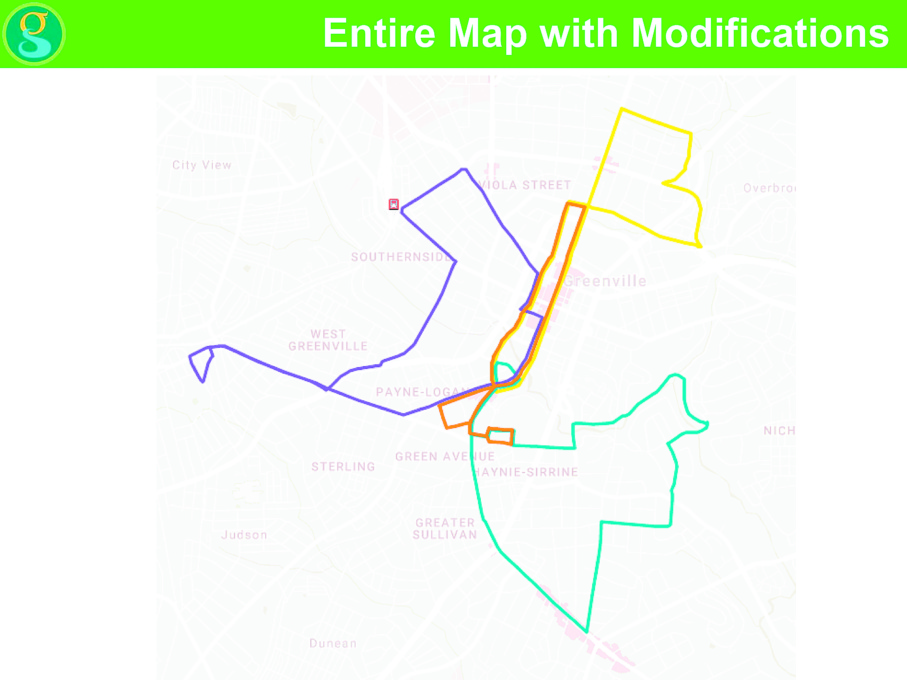 Trolleys have been fixtures in downtown Greenville since 2006 when the Greenville Drive bought two to shuttle fans from County Square to Fluor Field for home games as an answer to parking concerns in the West End. On nights with no games, the trolleys traveled up and down Main Street, carrying passengers from one end of downtown to the other, fare free.

The routes were developed after a series of public meetings.

Both areas are home to tourist-related destinations, the primary criteria used by Greenlink officials to determine where the expanded trolley service would go because the city is using hospitality tax money to pay for it. Hospitality tax money must be used for tourism-related activities. But while the primary goal of the new routes is to increase tourism, they will provide benefits to the neighborhoods — and the city as a whole as well.

The Augusta Street route includes Cleveland Park and the Greenville Zoo, popular attractions where parking can get extremely scarce, especially on weekend days when the weather is nice. Traffic is a major concern in the Augusta Street area. 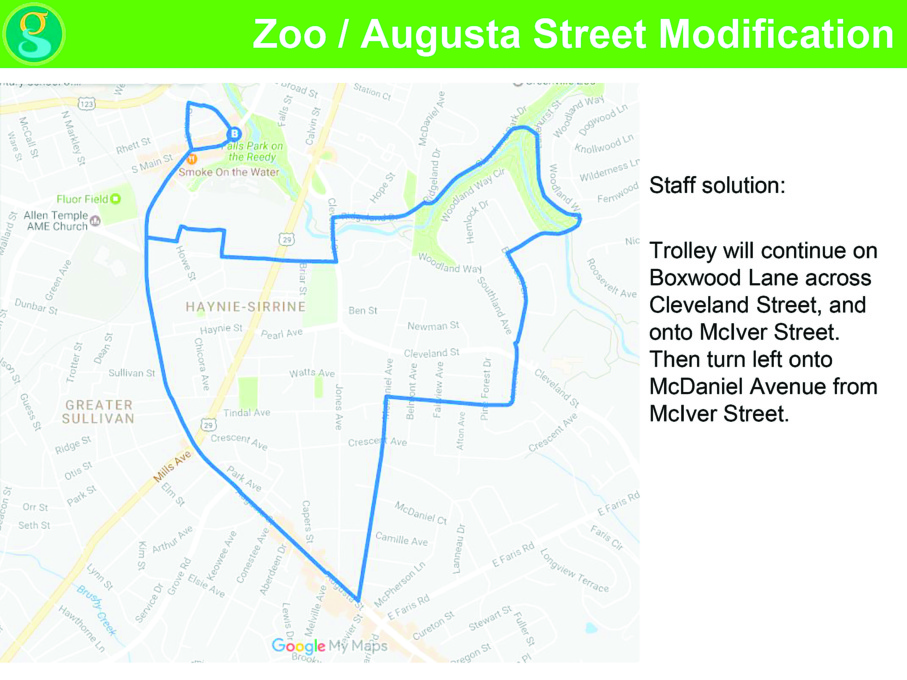 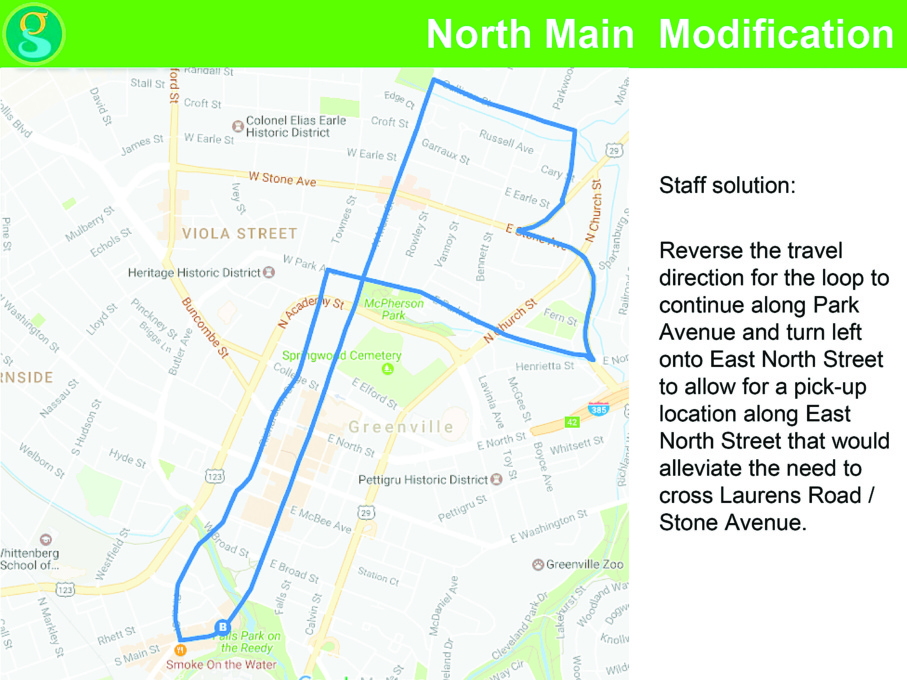 The expanded trolley routes will run through October and be reviewed in November. The routes are less than five miles long and should take no more than 30 minutes to complete.

After the public meetings, the proposed West Greenville route was changed to include the Hampton-Pinckney and Southernside neighborhoods as well as provide access to Heritage Green, the home of Greenville’s main library and museums. 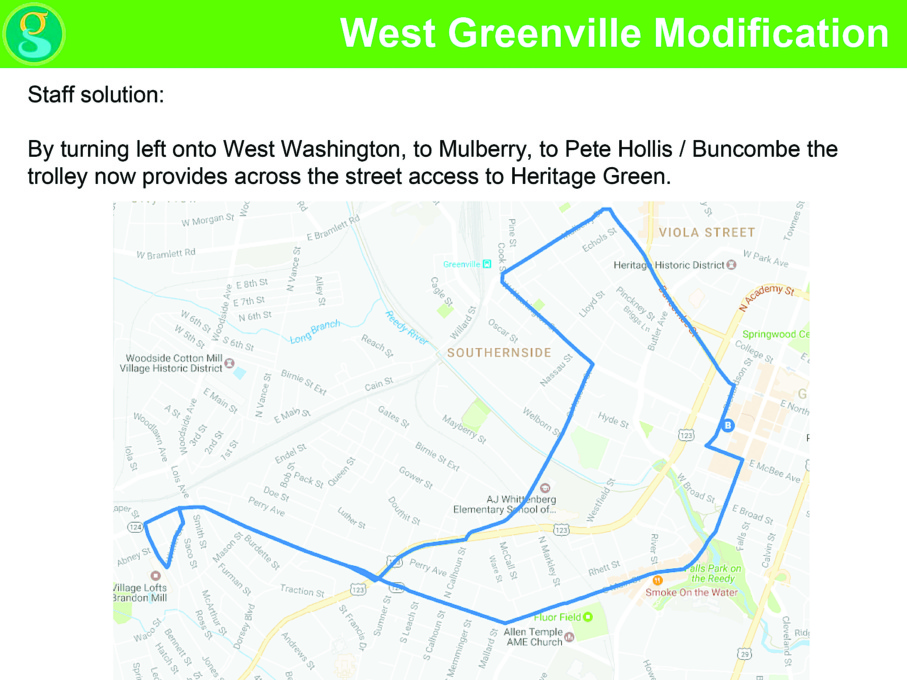 The Augusta Street route changed from Greenlink’s original proposal because a turn onto McDaniel Avenue would have been too difficult a turn for a trolley to make safely. Now, the proposed route travels from Falls Park to County Square to Ridgeland Avenue. From there, the trolley will go down Woodland Way to Boxwood Lane to McIver Street and on to McDaniel Avenue.

Mayor Knox White said with the changes, the routes are more “neighborhoody.”

A revised North Main route will hit the edge of the Overbrook neighborhood, a route that will not force residents there to cross Stone Avenue to catch the trolley. 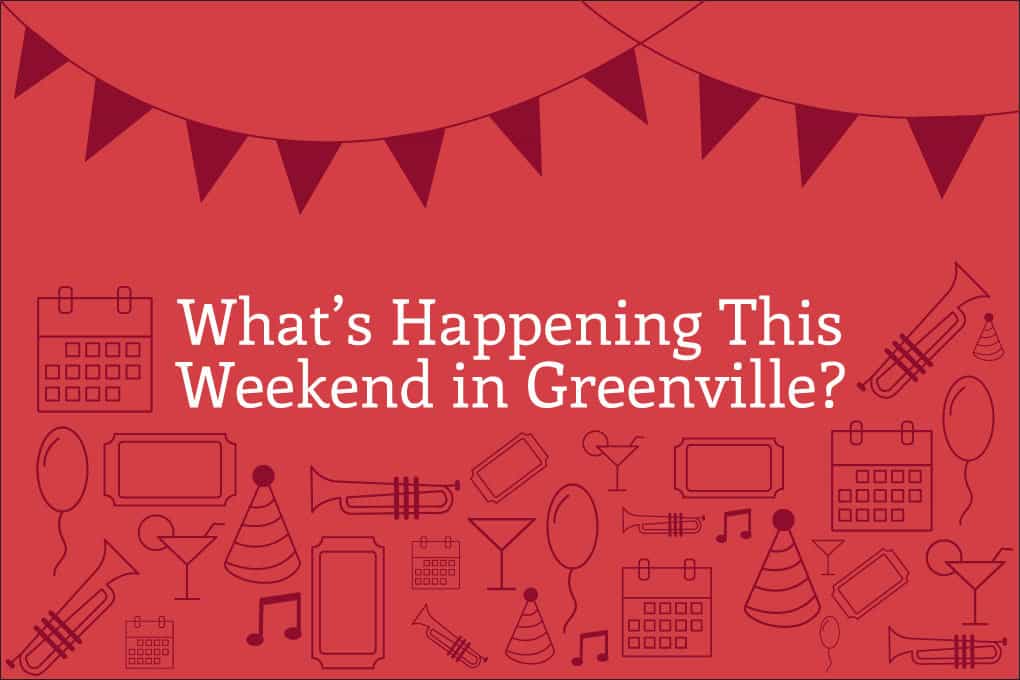