I sat on a deck overlooking a Colorado lake while a friend’s young son whittled at a stick with a pocketknife. The knife’s blade had grown dull over the long weekend, and the boy was frustrated.

“Angle the blade a little more,” I said.

He nodded without speaking and continued to work while the adults talked and laughed around him. When the boy appeared at my side 20 minutes later, the little twig was bare, smooth, and, in its own way, beautiful.

When I congratulated him on finishing, he held out the stick and put it in my hand. He wanted me to have it.

My desk looks more like a toy box than a workspace. A plastic Perry the Platypus is curled up next to a Mont Blanc pen. A bobblehead sits next to a painted plastic donkey. Two Popsicle sticks wrapped in orange yarn lean against a faux grilling trophy declaring me “Daddy-O of the Patio.” A rubber inflated alien stares at the ceiling a few feet away from three origami creatures made by a friend’s daughter who had just moved to Greenville from the island of Anguilla. Just like the little whittled sculpture made from a Colorado twig, the knickknacks all surround my computer, and they’re all gifts children have given me.

It’s that time in the school year when the younger kids start coming home with little things they’ve made in school. My wife has an 8-foot piece of twine hung in the kitchen where project after project gets hung from clothespins, each one of them a gift of our boys’ time and hearts.

This week, my older son came home with a project that wouldn’t hang from a string.

It’s not yet been two weeks since we all watched the weekend forecast and saw what looked like Biblical floods on the way. We looked at maps of the nearest streams and rivers and wondered aloud about flood insurance. When it became clear that the Greenville community wouldn’t suffer, we exhaled. That relief only lasted long enough for us to see the news about what was happening to our neighbors down south. Empty quarries filled with water. Homes fell apart. The most poignant thing I saw was a street known as Happiness Lane. It was only accessible by boat. 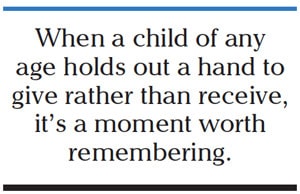 By the time my son, the elementary student body president, came home a couple of days later, he and his fellow students had organized Project Paws. The goal was as simple as it was heartfelt. All of the students began collecting water, canned food and other non-perishables in an effort to help the flood victims.

The kids spent the weekend asking their neighbors for donations. Before long, the back of my wife’s car looked liked the shelves of a rescue shelter. During one donation pickup, one neighbor looked at my son and pointed to the heavens, reminding him, “Give, and it will be given to you.”

When it was done, the other parents and I saw something in our kids’ eyes that you might not expect from a child who has given up part of the weekend on what might otherwise be seen as a chore. We saw true and utter pride.

We’re not born to give. We’re born with an ego that screams, “Mine!” long before we feel any compulsion to give something away. By the time we make it to adulthood, we’ve been conditioned to give for a lot reasons. A special occasion. A weekly tithe. A tax write-off. A feeling of being able to help during a disaster.

A child doesn’t know all of that. Children are barely separated from the id’s selfish compulsion to hoard everything for itself. It’s a miracle, especially in a world so often focused on material pursuits, that children can take such pride in a selfless effort to help people they’ve never met. When these kids get together to help our struggling neighbors back to their feet, it’s more than a school project that helps out people in need. It’s a gift to all of us, a reminder that in the hearts of children we can find and perhaps reclaim our own unadulterated charity.

Sometimes as I sit here writing, it’s hard to find a notebook or pen underneath all the trinkets I end up with. Nevertheless, I can’t bring myself to throw them away or put them in a box. When a child of any age holds out a hand to give rather than receive, it’s a moment worth remembering. I remember by keeping the things children give me. It makes for a messy desk, but it also makes for a full heart. 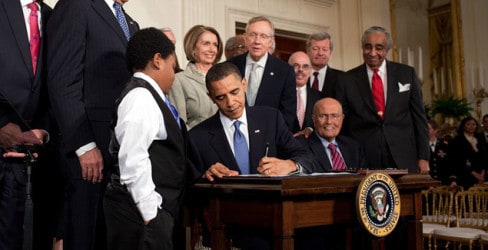 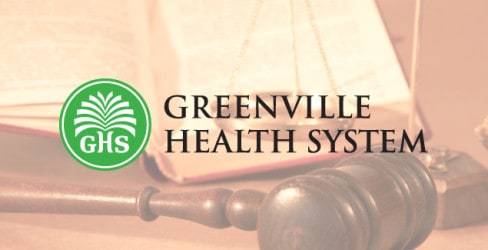