Overall, students performed slightly better on the South Carolina College and Career Ready Assessments (SC READY) test in 2018 compared with 2017, but most students are still not meeting grade-level expectations.

SC READY is given to third- through eighth-grade students to test their knowledge of English language arts and math. The South Carolina Department of Education released the 2018 scores Tuesday morning, along with the South Carolina Palmetto Assessment of State Standards scores.

Students are scored by four categories on the SC READY test — “Does Not Meet,” “Approaches,” “Meets,” and “Exceeds” expectations.

With the exception of third-grade math, less than half of South Carolina students met or exceeded expectations. On average, one in four students landed in the lowest category in South Carolina for ELA and math.

With the exception of eighth-graders, scores increased slightly throughout the state from the previous year.

Scores also increased in Greenville County Schools, and students scored higher than the state average in every category. 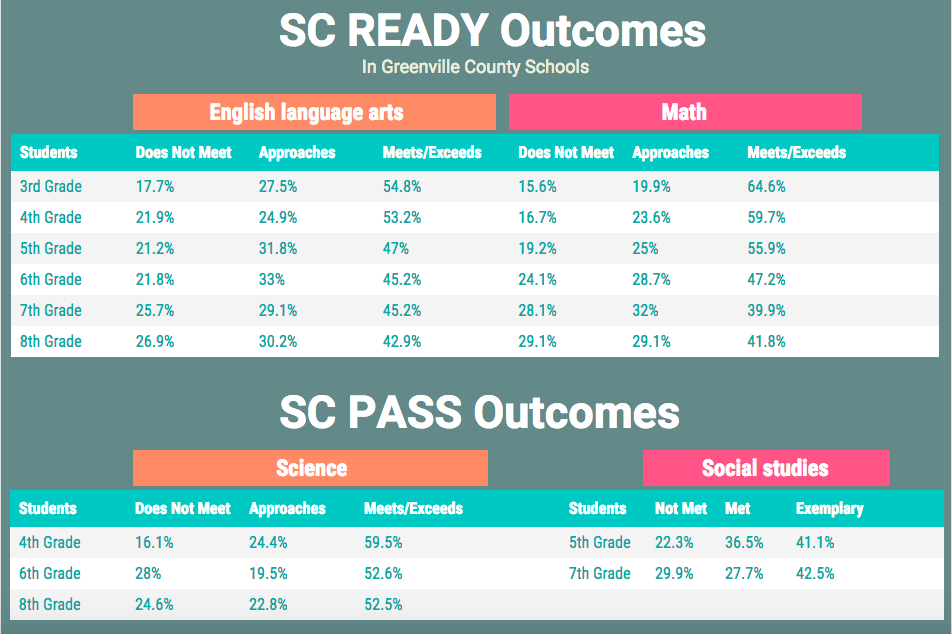 On Aug. 22, the Thomas B. Fordham Institute, a conservative education policy organization, released a report listing South Carolina’s ELA standards as weak based on the state’s deviations from the Common Core.

Neil C. Robinson Jr., chairman of South Carolina’s Education Oversight Committee, said in a statement that the agency would review the standards because of the Fordham report.

“We agree with Superintendent Spearman that teachers and students need additional resources,” Robinson said. “I have asked for a review of the ELA standards, based on the results of this report. If there are foundational issues with the standards and the supporting documents provided to teachers, we have to act sooner rather than later. Stronger standards are better for our students.”

Jason McCreary, director of accountability and quality assurance with GCS, said the change was made because of a statewide and national push to reduce the number of standardized tests.

“They decided that they can still retain accountability in science and social studies and reduce testing,” McCreary said.

The district uses two programs to track data and provide professional development to teachers based on the scores — the programs allow the teachers to look at previous student scores and where they were weak in specific content areas, as well as the scores of their current students from last year.

“We look at that across grade levels, we look at it across strand areas, and we look at it within schools and even within classrooms in schools so that we can more narrow our focus,” McCreary said.

“When you have a majority of elementary and middle schools making improvements — and some are quite large, double digit percentage points — that’s what we’re looking for,” McCreary said. “It’s that continuous growth to push that average, continuing to make it more rigorous and improving.”

In November, the South Carolina Department of Education will release district and school report cards, which will be graded for the first time since 2014. 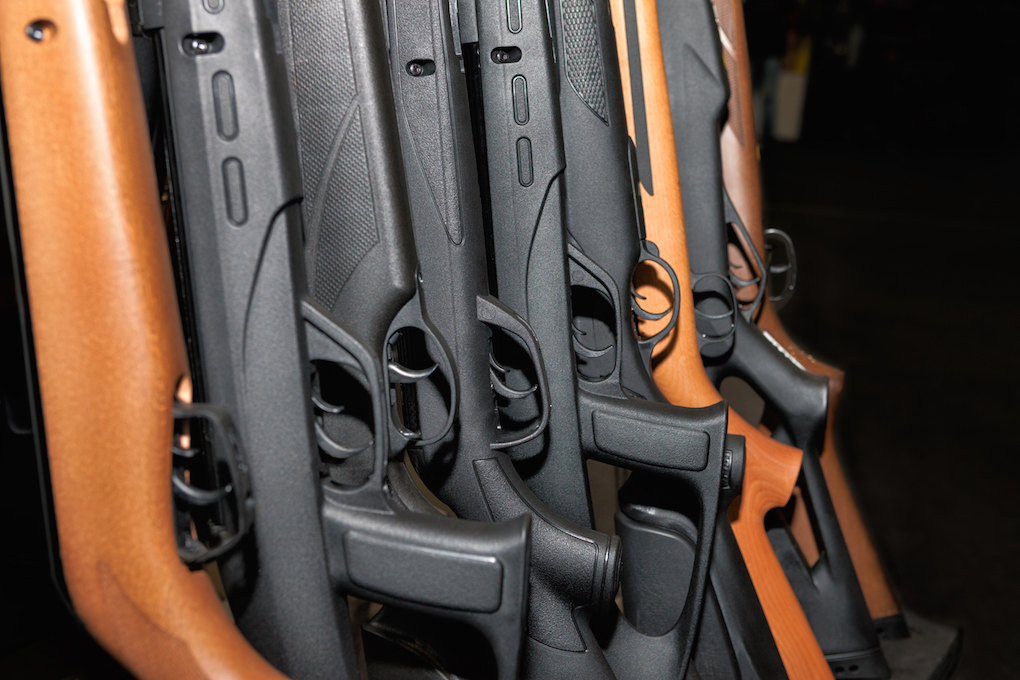 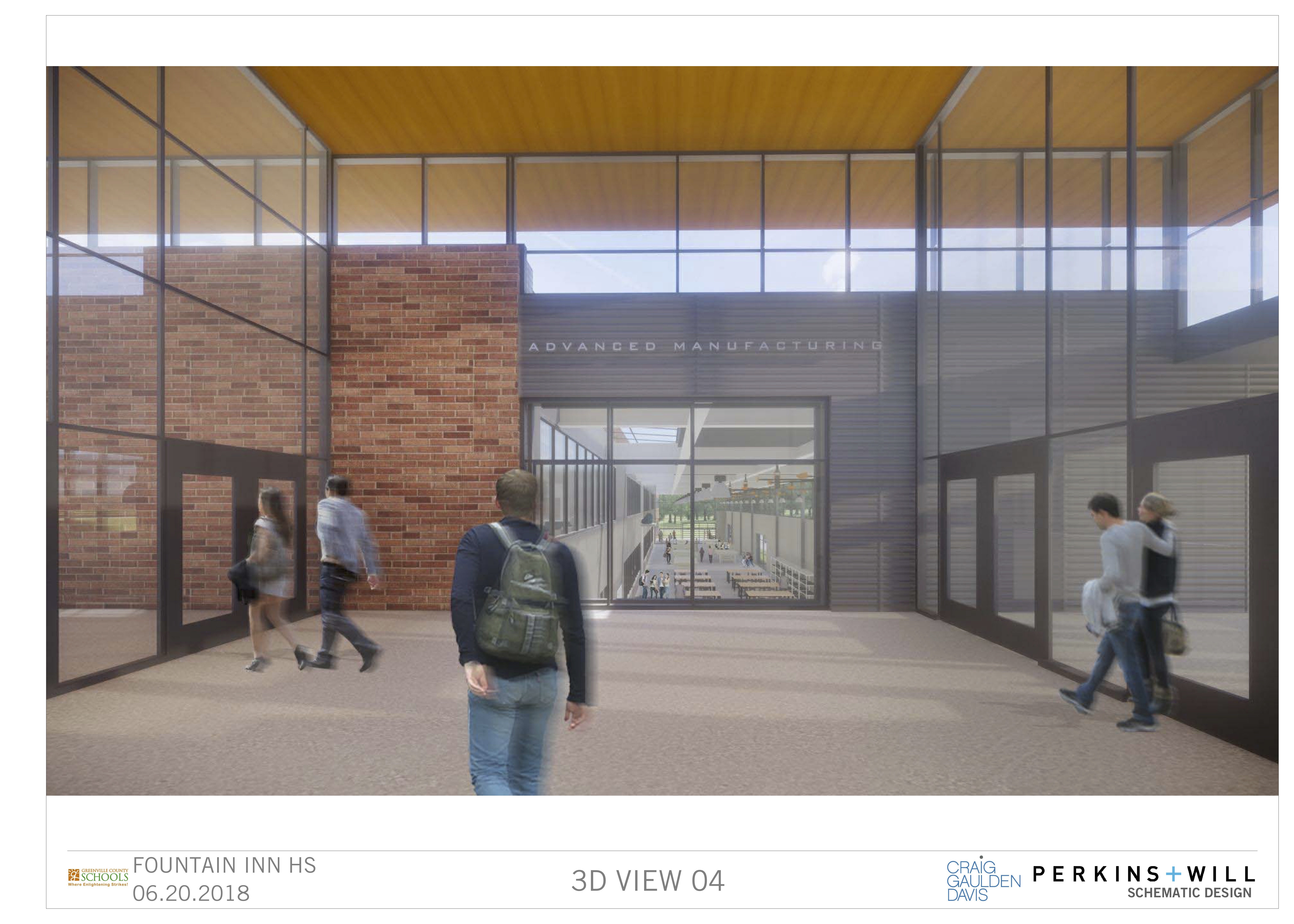 Fountain Inn High School will be district’s first to focus on manufacturing, technology