The land where Greenville will build its newest signature park was once was a place of division. Now, it will be a place to unite.

The new multimillion-dollar park west of downtown will be called Unity Park, a name that pays homage to the past when the area was home to two parks, one for blacks and the other for whites, and emphasizes the land is now for a place for everyone.

The park is also the final piece in the city’s reclamation of the Reedy River, which has played a critical role in the resurrection of Greenville’s downtown.

In a hurry? Watch the video below to learn more about Unity Park:

At one time, the river’s most visible section — the part that runs through Falls Park and behind the Peace Center — was virtually forgotten. The river was treated like the city’s sewer and changed colors based on the dye the textile plants were using that day. Now, improving the river’s health is one of the city’s top priorities in Unity Park, which Greenville officials say could be as transformative to that area as Falls Park was to the West End.

“That will be one of the most dramatic aspects of the park,” Mayor Knox White said.

That, along with features such as a tower, pedestrian bridge, destination playground, and sprayground water feature, will turn an area that has historically been treated as Greenville’s backyard into its front door, White said.

“Unity Park will turn this part of Greenville into a gateway instead of a throwaway section,” he said. “It is Greenville’s next big thing.”

The site of Unity Park, which straddles some of Greenville’s traditional African-American neighborhoods and downtown, wasn’t always a place the city wanted to show off.

After Greenville voters approved a $110,000 bond for park improvements, then-Park and Tree Commission head James McPherson urged the city to purchase 15 acres of marshy meadowland prone to flooding west of Hudson Street from Edwin Mayberry to create a park for “negro children.”

“I grew up in a time when that was the only park we could go into,” Duckett said.

In 1938, the City Council decided to give almost half of Mayberry Park’s land to Joseph Cambria in exchange for Cambria building a baseball park with bleachers and lights to be home for a minor league baseball stadium. When black residents protested, the mayor told them the city wasn’t taking anything away from them; they were giving them a baseball stadium. A black minister then pointed out that it was a stadium in which they could not sit in the stands.

Duckett remembers Mamie Norris working the ticket window at the baseball stadium during minor league games. If a child retrieved a home-run ball that was hit out of the park, Norris would let them into the stadium. During the seventh-inning stretch of each game, they’d open the gates and let people in, she said. “That gave us a sense of self-worth,” she said.

Nearby the stadium, at the intersection of Mayberry and Hudson streets, was a women’s stockade. Neighborhood children found it funny when the women housed there would hang their long johns out on Mondays, Duckett said.

Later, the area became home to the city’s public works department, a department that was composed of mostly African-American workers.

While Meadowbrook Park is gone, Mayberry Park still exists — and it will be incorporated into Unity Park.

“One thing we said as a people, call the new park whatever you want, but do not destroy the identity of Mayberry Park, because it is an icon for us,” Duckett said. “Even though some of the history may not be the best of memories, it is still history.”

Gone, too, is the public works department, which was relocated to make way for Unity Park.

The site of the new park has a history that is near and dear to various populations of the city, and people are naturally inclined to protect the part important to them, said the Rev. Stacey Mills, pastor of Mountain View Baptist Church, which overlooks the parkland, and a member of the park’s citizen advisory committee.

But when Unity Park was suggested, the group was unified, he said.

“What a message it sends to the rest of the country,” Mills said, “that we’re uniting diverse perspectives and cultures, and that’s the key to turning the pages of history and moving forward.”

“We’re not denying history. We’re acknowledging what happened, and this is our answer to what happened in the past,” he said. “This is our future. It almost HAS to be named Unity Park for healing to take place and for everyone to have ownership in the park.”

Mills said the park speaks to a generation of people who thought about what exercise, recreation, and gathering spaces would look like and that it would be OK to share that space.

“I can’t wait for the first jazz concert at the gathering hall and to get a hot dog,” he said.

The 60-acre park is a public-private partnership and estimated to cost $40 million, with half coming from the city and half coming from private and corporate fundraising. The first phase of the park is expected to open in 2020, White said.

“One of the most important things you can do in a growing community is to provide green space,” White said. “This is our response to growth.”

The park’s great lawn will offer 6 acres of relatively flat land, something that is missing from Falls Park because it is too narrow and is full of undulations.

The park will also have an observation tower, which White said would be Greenville’s next tourist attraction. The 120-foot tower will be illuminated at night.

Other features include a gathering hall and visitors center, a destination playground, a public square, a pedestrian bridge, boardwalks, and a veterans memorial.

The order in which the various parts will be built has not yet been determined.

Hudson Street will become a tree-line boulevard leading into the park, one of several connections to downtown, White said. Parking will be at the edges of the park, and the city will have a mobility plan so people can get to various parts of the park.

Not a new idea

Restoration of the Reedy River is a key aspect to the park. The plan is to create a more natural course for the river, which was straightened in the 1930s, by sculpting the bank. By doing so, floodwater will spread out and slow down. Riparian vegetation would serve as a natural filter, improving the quality of the water of the Reedy.

“It’s the next step in reclaiming the river,” White said.

The idea of focusing on the river and creating parks and green spaces along it is nothing new. In a 1907 master plan created for the Municipal League of Greenville, Boston’s Kelsey & Associates, one of America’s preeminent architectural firms at the time, recommended Greenville restore the river and develop several parks along it.

“The Reedy River with its falls and gorge constitutes the most distinctive feature of the topography and landscape of Greenville. It is without doubt the most important single feature to be considered in the development and beatifying of the city,” the report said. “The splendid view of the gorge and falls below is an object of scenic beauty the likes of which few cities can boast.”

One of the areas the architects suggested for a park became Cleveland Park. They also suggested a park further upstream on the area where Unity Park will go.

“It took us 100 years to implement the plan,” White said.

And it’s a park that can be enjoyed by everybody.

“There’s something about parks that put everybody on an equal playing field,” Duckett said. 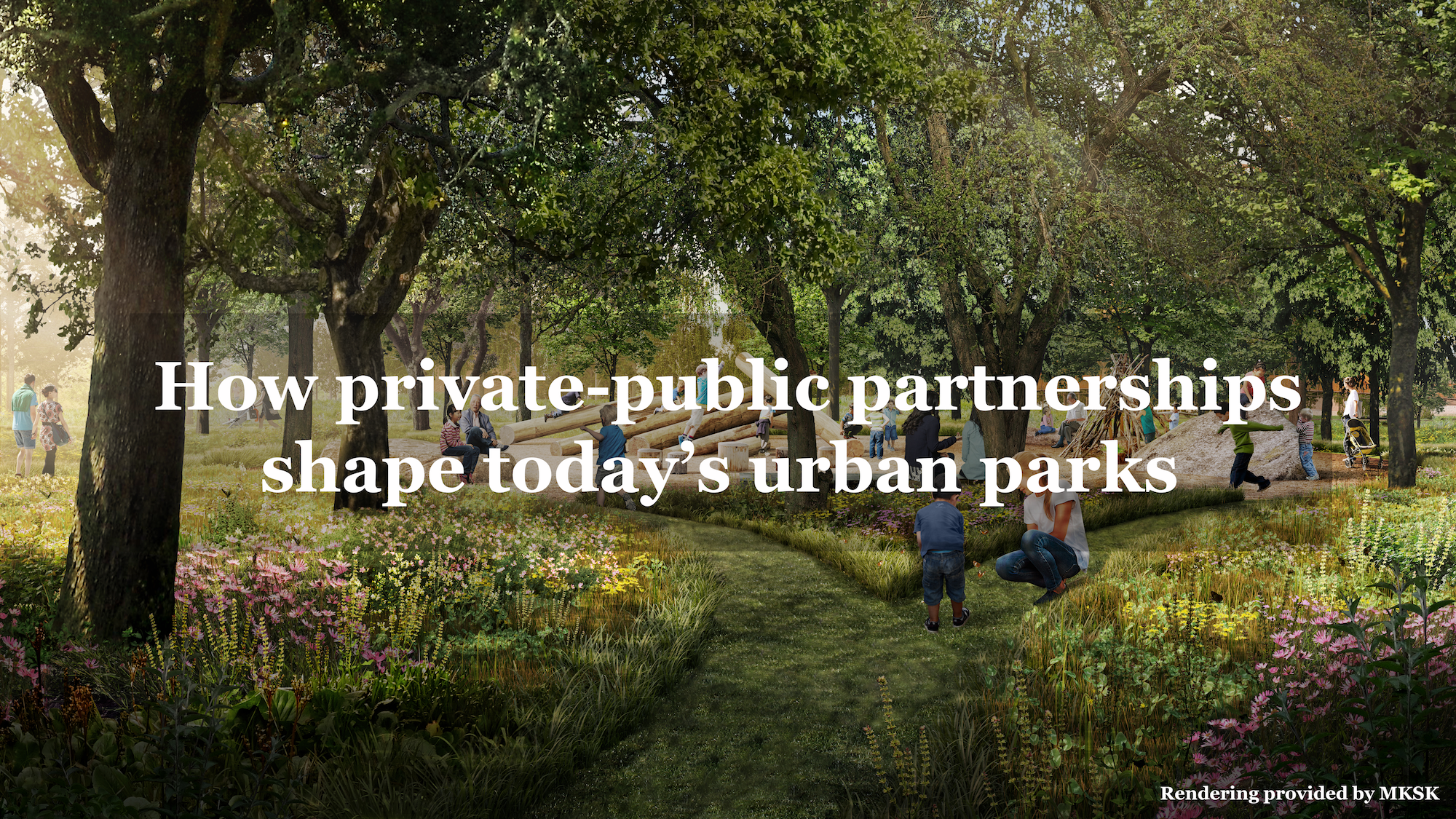 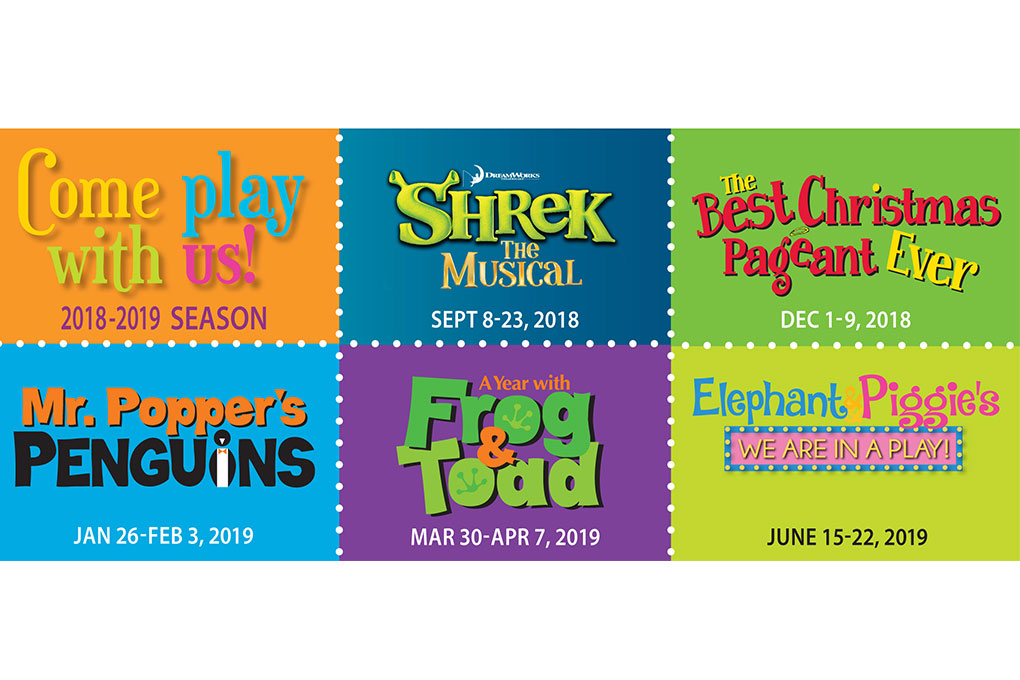 SCCT’s 2018-19 season lineup appeals to a broad audience, from toddlers to retirees 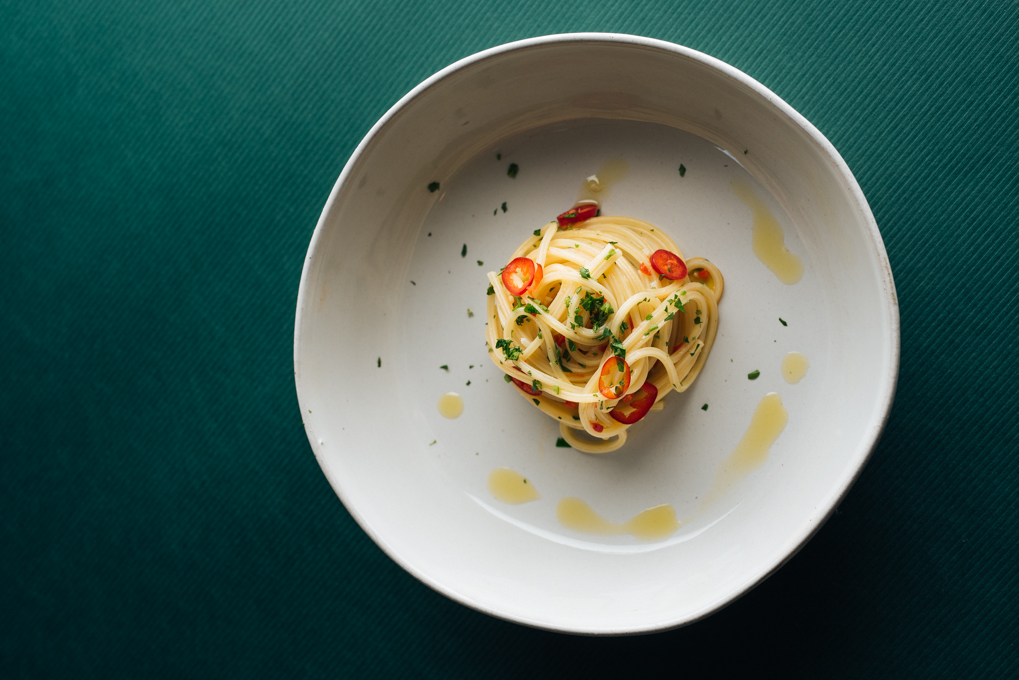