The city of Greenville has made it illegal for businesses to allow less than 6 feet of distance between people in its latest measure to tame the fast-spreading novel coronavirus that has sickened more than 1,700 people in South Carolina and 174 in Greenville County.

The City Council voted to approve an ordinance on Friday, April 2 that will enforce social distancing requirements on those businesses allowed to stay open under Gov. Henry McMaster’s latest executive order, which closed barber shops and bowling alleys but allowed essential businesses to remain open. At the same time, the ordinance explicitly calls on the governor to declare a 14-day statewide “stay-at-home” order similar to those already in place in most states.

McMaster has stopped short of issuing such an order, saying at a recent news conference that South Carolina is “unique.”

“Every state is different,” McMaster said. “They have different economies, different resources, they have different medical facilities. We are taking a deliberate approach, to be as aggressive as we possibly can at the right time” and allowing voluntary compliance first.

Greenville had previously considered its own shelter-in-place ordinance but city officials believe only the governor has the power to mandate that action.

Instead, the city has attempted to slow the spread of the virus of its own set of restrictions, including closing Falls and Cleveland Parks and enforcing a nighttime curfew downtown. The new ordinance, which went into effect Saturday, April 4, goes a step further by requiring businesses to

While a number of businesses are doing a “fine job with social distancing,” Greenville Mayor Knox White said, “many are not,”

Anyone who violates the ordinance is guilty of a civil infraction and faces a $100 fine. Businesses where repeat violations occur may have their occupancy permits or business licenses revoked and be declared a public nuisance. 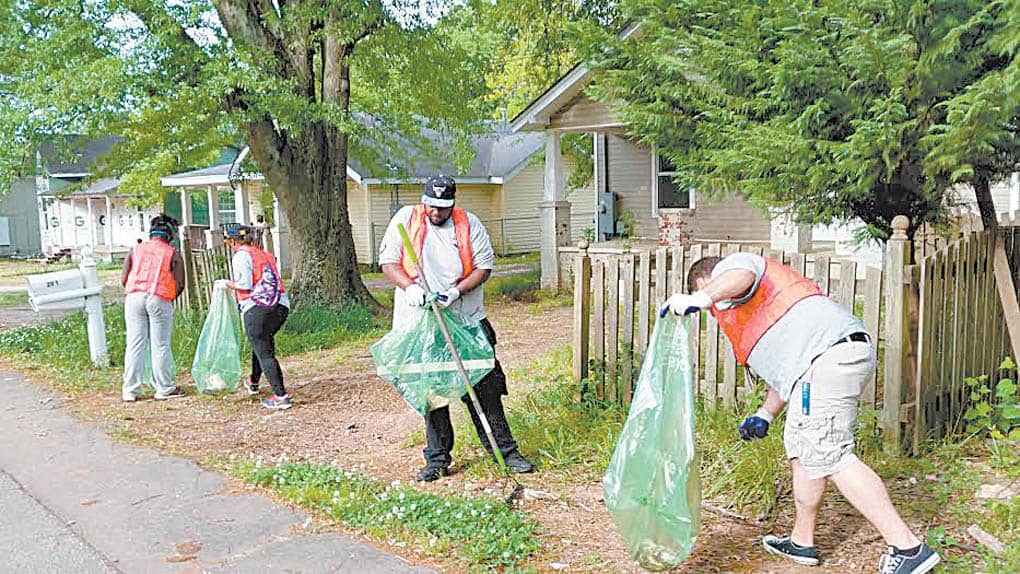