In a Greenville County Schools Board of Trustees meeting on April 13, officials told board members that about one in five students has a failing grade in the school district before also presenting plans for the 2021-22 school year’s virtual program.

According to data presented at the meeting, more than 14,000 students out of the district’s 74,000 have a failing grade in Greenville County Schools. Students in brick-and-mortar classes have a total of 15,485 Fs while there are 21,628 Fs spread across the students participating in the virtual program.

While board members expressed concern over the number of Fs, school district officials said that the numbers were similar to other school districts in the U.S. and that they were confident in the district’s remedial plans. Almost $39 million of coronavirus aid funding will go to help students reach education standards — this will include money for summer schools for students to recover credit.

The board also heard from district officials about next year’s planning for the virtual school program. So far, 3,356 students are signed up for the program. The last day to register is April 23. 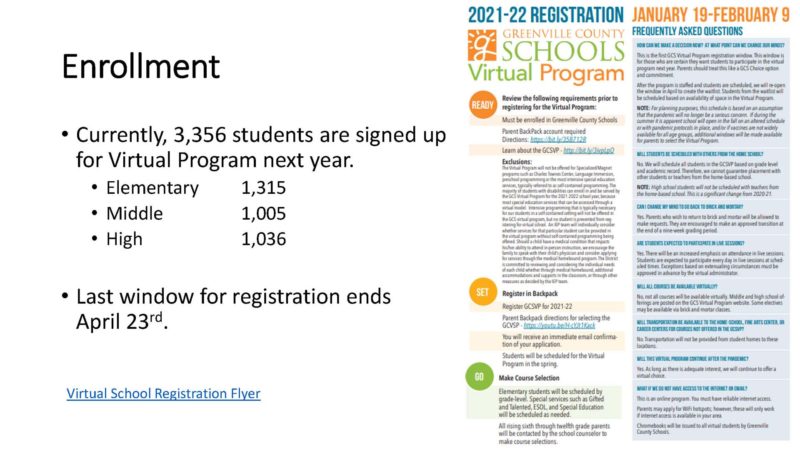 Superintendent Burke Royster said that this year has been “a transition year” for virtual schooling.

“We implemented a virtual program within a six to eight week period of time; created, staffed and put in place a virtual program that by its enrollment would have been, I believe, within the 12 largest school districts in the state of South Carolina,” said Royster. “We’ve learned a lot in that process.”

Officials said that the program will be staffed with assistant principals, school counselors, instructional coaches, attendance clerks, and a secretary. Right now, the district plans on having 54 elementary school teachers, 39 middle school teachers and 24 high school teachers. However, those numbers may change due to the final number of students who register for classes.

The virtual program will also undergo some changes such as a new focus on attendance and participation.

Students will be able to switch out of the program, but officials ask they do so following between quarters.

“We had seven about 700 teachers in our virtual school this year. Of those 700, 400-and-some wanted to return. Obviously, we can’t take near that many to come back,” said Jeff McCoy, associate superintendent for academics at GCS, noting that the district is  deciding which teachers will be able to stay with the virtual program. 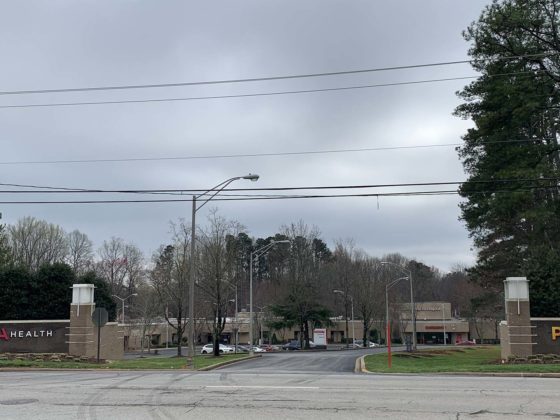 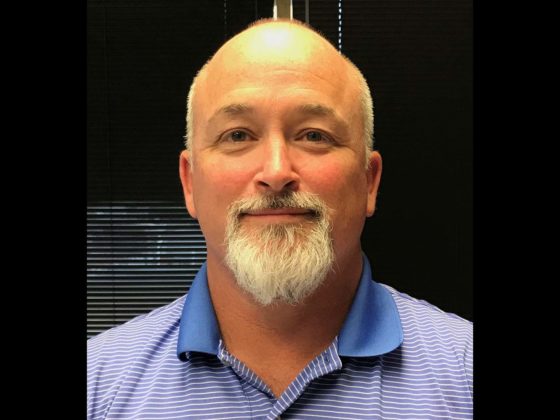