Plans for the Grand Bohemian Greenville, a hotel that the Orlando, Fla.-based The Kessler Collection plans to build on the banks of the Reedy River on the property now occupied by the Wyche P.A. law firm, could go before the city’s Design Review Board in May.

The Greenville City Council looked at the footprint of the proposed building during a work session tour of the site Tuesday afternoon with Christian Sottile, the dean of the Savannah College of Art and Design’s School of Building Arts and a principal in the architecture firm of Sottile & Sottile of Savannah, and engineers working on the project.

“It’s refreshing to see a design that is truly unique and addresses the special location so well,” Mayor Knox White said after the tour. “It’s intended to last for the ages.”

Sottile said the 160-room hotel is inspired by the look and feel of a national park lodge.

“[The lodges] are commercial but they’re not glass and steel. They fit in,” he said. “We’re working with the footprint of the Wyche building, but, obviously, the hotel will be a different kind of use.” 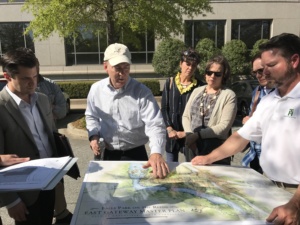 Plans call for part of a concrete parking lot between the Wyche law firm and Bowater buildings on Camperdown Way to be turned into a flat green lawn that would lead to the Liberty Bridge and could be set up for concerts and public events, Sottile said.

“The building will feel very rooted into the park setting,” he said. Construction materials on the Camperdown side of the hotel will be natural wood and shakes. The riverside would incorporate stone and brick to complement the river. “Some of the inspiration for that comes from the foundation of the Camperdown Mill and the Peace Center.”

The hotel will have simple rooflines, Sottile said. On the Camperdown side, the hotel will be five stories tall at its highest point.

The ground-level floor of the hotel will contain “active mixed uses” such as retail, an art gallery and restaurant and bar space. Guest rooms will be on floors above and below.

The entire building is outside the 50-foot buffer to the river required by the city, Sottile said.

“There’s a big difference between this and 55 Camperdown. That was an abomination,” said Nikki Grumbine, president of the Friends of the Reedy River.

Centennial American Properties had proposed building a four-story brick and glass office building at 55 Camperdown, mere steps from the historic Main Street bridge and on the banks of the Ready River. In order to build the office building on the small piece of wooded land that sits between the river, the Bowater parking garage, and Japanese Dogwood Lane, the developer had asked for an exemption to the city’s minimum 50-foot buffer from the river that would use a buffer average, meaning part of the development could be inside the buffer zone but other parts would be outside it. Buffer averages had been applied to other river developments.

But the proposal came under fire. White called the site “sacred ground” and promised the building would not go there. The city signed a non-binding letter of intent to buy the property for $4 million.

The hotel would use an underground filtering system for stormwater runoff that would eventually discharge the treated water into the river. Currently, stormwater goes off the pavement right into the river, Grumbine said. 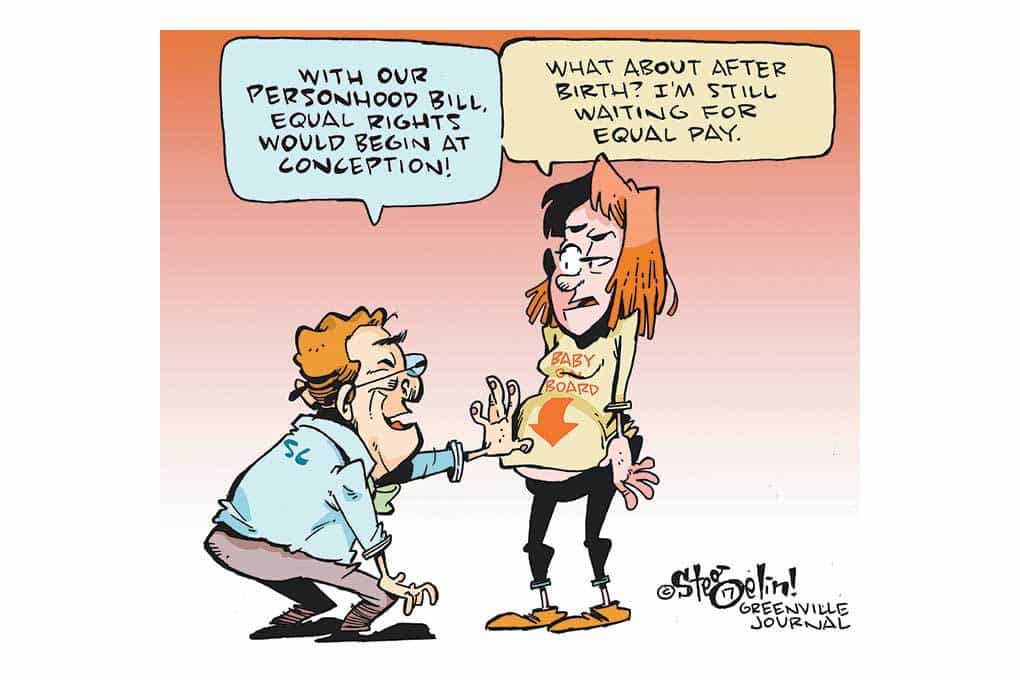 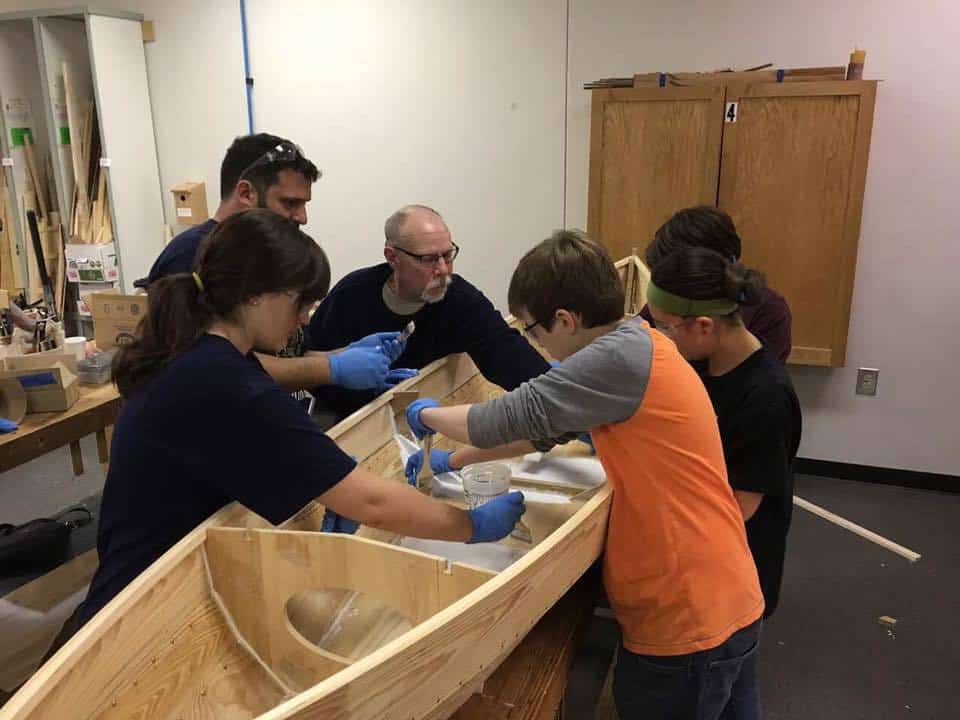