Greenville, however, wasn’t always so popular. Main Street, which has been named one of the nation’s best by a myriad of publications, was once a four-lane highway with narrow sidewalks and vacant storefronts.

The city, of course, has since redesigned the street into a pedestrian-focused boulevard with wide sidewalks, built one of the country’s most popular downtown parks in Falls Park, and curated one of the state’s strongest retail sectors. This positive change in Greenville, however, wasn’t an accident; rather, it was the result of a small group of leaders with a vision for how to build on one of the city’s most important local assets: trees.

“Main Street didn’t have an identity for the longest time. But then we planted the trees, which added the ambiance we needed to set the stage for the future,” said Nancy Whitworth, deputy city manager and director of economic development for the City of Greenville. “Downtown has changed a lot since then, but the tree canopy continues to be an economic driver for our city. It’s one of our greatest assets.”

It all began in the 1970s when the city adopted a $1.4 million plan to revitalize downtown by planting hundreds of trees along Main Street.

Willow oaks were planted at the corners and crosswalks of each street, while red maples were situated in narrow planters along the edge of the sidewalks. The lack of variety, however, left the trees vulnerable to diseases and pests, according to Dale Westermeier, a horticulturist who is the city’s director of parks and grounds.

In 2000, Westermeier noticed that some of the maples were beginning to show signs of decline. It wasn’t long after that the city recruited James Urban, a renowned landscape architect, to assess the health of the trees in downtown.

Urban concluded that the trees were in fairly good health but planted too close to one another, a problem that would eventually cause the trees to run out of growing space and die. The city quickly developed a plan and budgeted $150,000 a year for crews to remove the red maples and replace them with Chinese elms.

Crews removed approximately 76 trees and planted 80 trees in their place over the course of a decade, Westermeier said. That includes Chinese pistache, black gum, Nuttall oaks, and Shumard oaks on numerous side streets adjoining Main Street.

The trees also fuel economic development by attracting businesses and tourists, Whitworth said. People tend to linger and shop longer along tree-lined streets, and businesses with offices surrounded by trees find their workers are more productive and absenteeism is reduced. Studies conducted by the USDA have also shown that healthy, mature trees add an average of 10 percent to property values.

Downtown’s trees, however, face a number of challenges, according to Ed Kinney, a senior landscape architect for the City of Greenville. “The trees are subjected to higher concentrations of air pollution, extreme temperatures, poor drainage, compacted soils, limited sunlight, polluted stormwater runoff, and more,” he said.

He added that urban environments ultimately shorten the lifespan of trees. The average lifespan of a street tree is 19 to 28 years, according to a 2014 study published by the U.S. Forest Service. Trees in rural areas, however, can surpass 100 years.

“We don’t want all of our trees to die at the same time, so we have a strategic plan in place that mandates we replace small segments of trees with the next generation of growth,” Kinney said. “We plant different species of trees that have varying lifespans to prevent total die-offs, which can occur because of pests or diseases.”

Despite the challenges, Greenville’s trees are typically healthier than other street trees across the Southeast, Urban says. Greenville, along with Atlanta; Charlotte, N.C.; and Charlottesville, Va., sits along a ridge of sandy clay loam that provides good drainage and more nutrients for root growth. The city has a 95 percent success rate for new tree plantings in downtown, according to Westermeier. “Our crews do a lot of work to ensure that our trees not only survive but thrive,” he said. “It’s not easy.”

He added that the trees are maintained by a crew of five people with horticulture, forestry, and engineering degrees. The crew also includes a certified arborist.

As part of the restoration plan for the downtown tree plantings, Westermeier and his crew work with Urban to conduct an annual inspection of each tree. They not only measure and grade the trees but also assess the planting sites.

The city’s parks and grounds crew also oversees general maintenance of the trees, including spraying for pests and diseases. It does not, however, oversee minor tasks such as pruning and crowning. That work is contracted out to local companies.

The trees have also been planted with a subsurface system that allows the roots to grow beneath pavement in lightly compacted soil, ensuring the roots receive enough water for the tree to reach its full potential.

In addition to maintaining the trees, the city’s parks and grounds crew also plants about 15,000 annuals throughout downtown every year, Westermeier said. It also cares for more than 30 public parks, including Falls Park and Cleveland Park.

As for the future, Westermeier said the city’s parks and recreation department would spend the next couple of years monitoring downtown’s trees and spraying them with a chemical known as a growth regulator, which encourages the trees to redirect energy normally used for growth to their roots so they will grow deeper and more substantially. “We’re hoping to get another 10 or 15 years out of our oaks,” Westermeier said.

He and his crew also plan to spend the next couple of years expanding the tree restoration and replacement program further down South Main Street and working on major capital improvement projects throughout the city.

The city has set aside $5.4 million for parks and recreation in its proposed capital improvement plan for next year. The plan includes the second $2 million earmark for Phase 2 of the new City Park, which gets $2 million in CIP funds under the proposal.

Located on the west side of downtown, the park is expected to have a great lawn, sprayground water feature, picnic area, basketball courts, and a veterans memorial, among other features. Groundbreaking could be held as early as spring.

The parks and recreation department, however, is currently looking to launch its efforts along I-385 near Haywood Road, according to Westermeier. “Four separate areas [embankments] will be landscaped utilizing evergreen vertical accents and ornamental plants,” he said. The project has been budgeted for $160,000 in the city’s proposed capital improvement plan for next year.

The Greenville City Council is expected to approve the capital improvement project budget in late May. “Embankments encompass a lot of the work we’re doing in the future now that our tree program is complete,” Westermeier said. “I see it going on for a couple of years if we’re able to secure additional funding.” 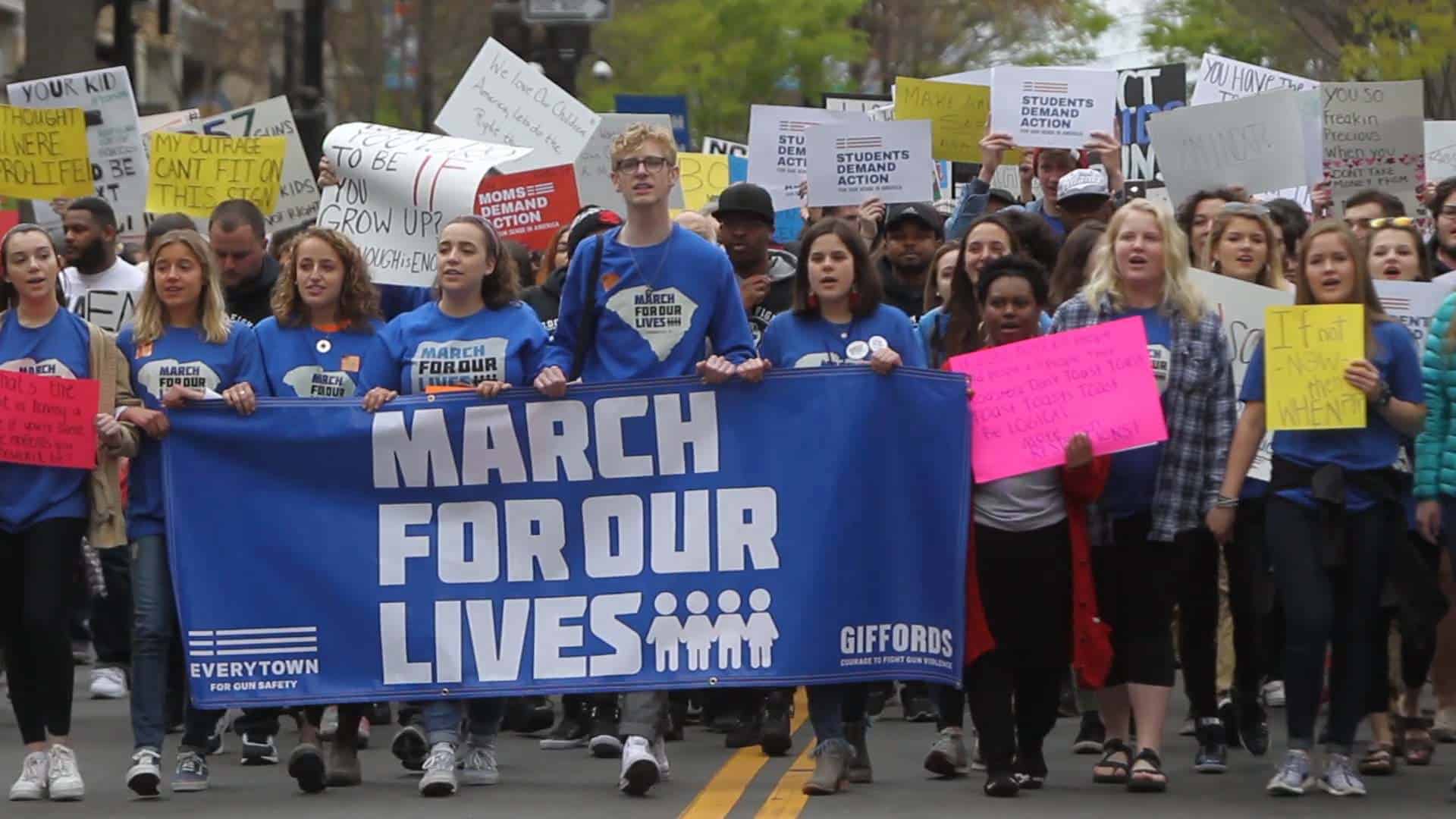 A March For Their Lives 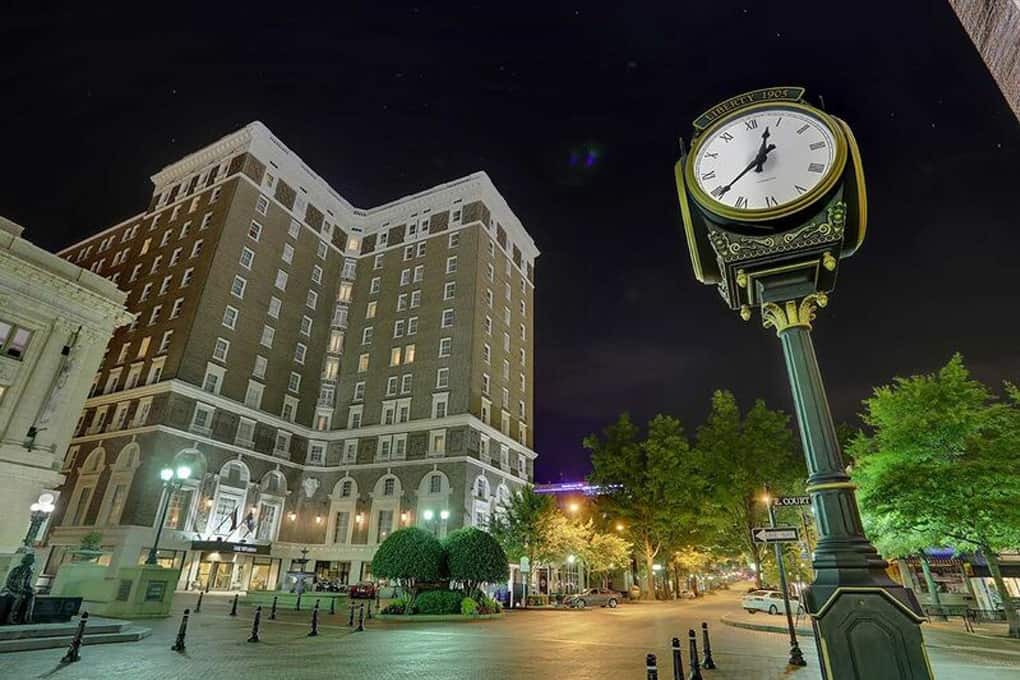 City asks what the future holds for downtown Greenville