South Carolina got its first suspected cases of swine flu this week as the World Health Organization increased the flu pandemic alert level and health care scientists on every level worked frantically to get a handle on where this latest outbreak is headed.

“Right now everybody is guessing on almost all of the big items,” said Dr. Bill Kelly, epidemiologist at the Greenville Hospital System. “That’s normal in these kinds of situations. People want reassurance. Historically, flu outbreaks with the potential to go pandemic deal with a virus that’s new and seems to come out of nowhere and overwhelm our systems. Or, it dwindles away to nothing for no discernable reason.”

Mauldin High School was closed Thursday after about 16 of 70 students, who had been on a band trip to Florida, reported flu-like symptoms. Doctors did not know yet which strain but Principal Ann Miller said the school would close as a precaution.

On Tuesday, the state Department of Health and Environmental Control reported testing has shown swine flu is probably in the state.

The Centers for Disease Control has reported the first death in the United States from swine flu, a 23-month-old child in Texas.

Late Wednesday the World Health Organization raised the flu alert level to 5. The WHO Web site said “the declaration of Phase 5 is a strong signal that a pandemic is imminent and that the time to finalize the organization, communication, and implementation of the planned mitigation measures is short.”

There is good news, according to DHEC. Antiviral drugs seem to work for swine flu when taken shortly after symptoms begin.

The agency advises residents to wash hands thoroughly and often; cover coughs with a sleeve, not your hand; stay home if you’re sick; stay away from people who are sick; eat a healthy diet and get plenty of rest.

DHEC said it takes from 48 to 72 hours for symptoms to show up after a person has come in contact with the virus.

It is unlikely there will be confirmation of the Newberry results before Thursday, said Kelly.

“Frankly, I’m surprised to hear the Newberry cases are likely swine flu. The time frame (for the disease’s incubation) was wrong, based on what I’ve heard about he cases.”

Students from a private academy in Newberry visited Mexico over spring break and only recently were stricken by illness.

Kelly and Dr. Marty Lutz, Greenville Hospital System’s director of emergency services, said the reasons behind the high death toll in Mexico are not yet clear.

However, the N1H1 strain is the same basic strain responsible for the deadly 1918 flu pandemic. This strain has appeared frequently in the past and not caused pandemic flu or massive death tolls

It is estimated that approximately 20 to 40 percent of the world’s population became ill and that over 50 million people died in the 1918 pandemic, according to the government Web site on pandemic flu.

“This flu has genetic markers for both swine flu and avian flu,” Lutz said. “The virus seems easily treated with common anti-virals like Tamiflu and Relenza, of which we have an ample supply.”

The pandemic flu Web site says between September 1918 and April 1919, approximately 675,000 deaths from the flu occurred in the U.S. alone. Many people died quickly. Some who felt well in the morning became sick by noon, and were dead by nightfall. Those who did not succumb within the first few days often died of complications from the flu (such as pneumonia) caused by bacteria.

One of the most unusual aspects of the Spanish flu was its ability to kill young adults. The reasons for this remain uncertain. In the Mexican swine flu outbreak fatalities have been concentrated among young otherwise healthy adults.

“One of the markers of potentially pandemic flu is that it affects people who are outside the normal vulnerability range,” Kelly said. That would normally be the very young and the very old, or persons with compromised immune systems.

Health officials have been warning of the potential of pandemic flu for almost a decade since the first reported cases of avian flu in Asia.

“People have become desensitized to the danger over time,” said Kelly.

DHEC estimates up to 35 percent of the state’s population, or 1.3 million South Carolinians, will become ill in a pandemic outbreak of flu.

They also warn pandemic flu will affect all aspects of normal life and not just those infected or the medical community.

In a pandemic all areas of the country are expected to be affected at the same time, DHEC said, and there will be few federal resources available to help South Carolinians.

In addition to shortages of obvious things like medical personnel and equipment, South Carolina can expect to deal with things like business closings, shortages of people to stock shelves in grocery stores and possible bans on public meetings.

DHEC’s flu task force has just wrapped up a series of meetings across the state seeking public input on local response plans.

“We want to be as open as possible so that the public has a good understanding of why we’re doing the things we do in a pandemic,” said Dr. George Fabian a DHEC panelist at the Greenville meeting. “If we’re forced to choose between putting a 84-year-old grandmother, or a 15-year-old football player on a ventilator we want people to understand how we make the decisions.” 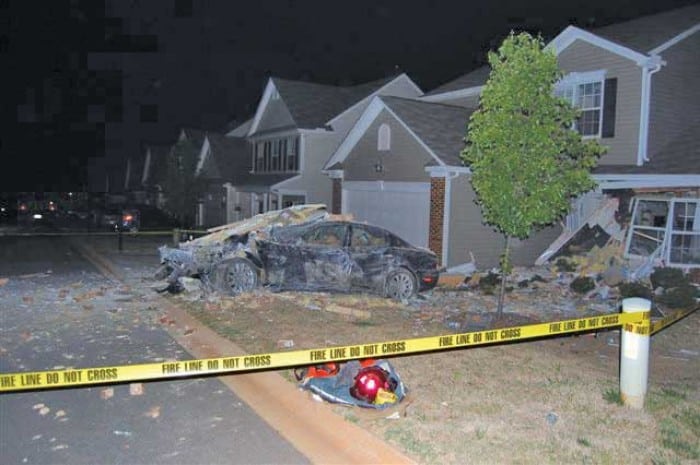