Erica Powell is the picture of success: a business owner, keynote speaker and model who, in her spare time, is training for the U.S. Paralympics. But just a few short years ago, she was a high school student who was rapidly losing her vision and, along with it, her sense of self.

“I had the hardest time in high school,” says Powell, who grew up in Anderson. “I would try to hide [my vision loss]. I could fake it. I tried not to let anyone know.”

Doctors found retinoblastoma, rare cancerous tumors in her eyes, when she was just 6 months old, and the radiation treatment that eliminated the cancer had long-term damaging effects to her vision. She slowly lost her vision throughout childhood, with the biggest changes occurring in high school, when she was no longer able to drive or read most textbooks.

“It was definitely a big adjustment when I was trying to be cool and normal,” she says.

“I can see colors and big shapes and shadows,” she says. 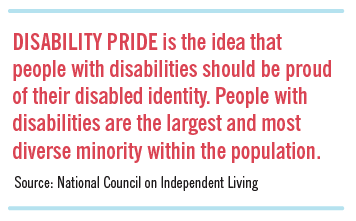 She realized it was time to stop hiding her disability. “I had to get comfortable accepting it and owning it,” she says.

That transition switched into high gear when she enrolled at Clemson University in 2011 and, as a lifelong gymnast, decided to go out for the cheer squad.

“I was just open and honest about my disability when I made the team,” she says. “They were 100% accepting.”

She credits her parents with encouraging her to chase her dreams as a kid. “They were adamant about putting me in everything I wanted,” she says. “Even though I was a cancer survivor and had this disability, I was totally integrated and became a level-10 gymnast.”

Those coordination and body-awareness skills, honed early on in her vision-loss process, carried over onto the sidelines of Clemson games, where she tumbled and stunted with the best of them.

Soon, the story broke that Clemson had a blind cheerleader.

She began speaking to media outlets as well as to organizations and groups, targeting middle- and high-school girls. She spoke in January at In Her Shoes, a program at Bon Secours Wellness Arena designed to inspire young women to be future leaders. 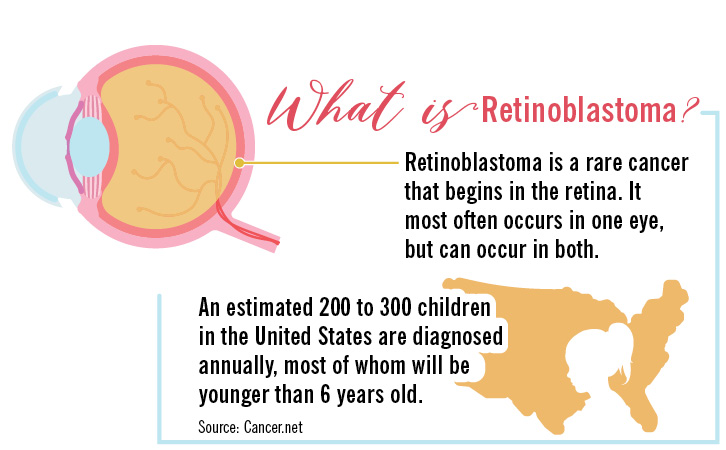 Meanwhile, entrepreneurship was always on her mind, especially in the fitness space. She and her cousin Casey Brown recently opened The Booty Shop on Main Street in Greenville, a female-focused fitness studio with five types of classes, including high-intensity interval class, boot camp, barre, dance cardio and power yoga.

“We opened six months ago, and there has been an amazing response,” says Powell, who occasionally jumps in to teach a class but mainly sticks with her role as owner.

If she doesn’t make it to class, she still gets plenty of workouts as she trains for her next big athletic goal: the Paralympics to be held this summer. With no history in track and field, she started running the 100 and 400 meters and throwing javelin in March 2019 and has already caught the eye of Team USA, finishing her first season as No. 10 in the world. She’s also qualified for the Olympic trials in late June, where she’ll fight for a spot on the Paralympic team. 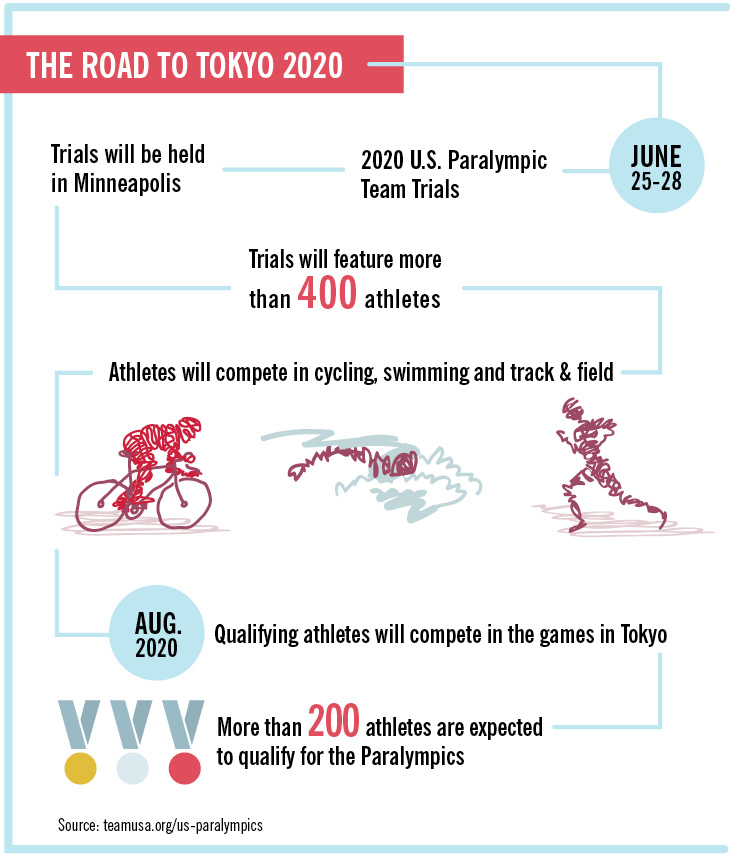 “I like to stay competitive,” she says, adding that the discipline she learned as a gymnast carries forward to her new athletic endeavors. “It sets you up for everything.”

Mixed in with her packed schedule of business decisions, Olympic training and keynote speeches, she is planning her wedding, set for June, and even finds time for the occasional modeling gig — something she does primarily to educate others and inspire young girls who may feel different or abnormal, as she once did.

“I like to do anything that can break barriers for people with disabilities,” she says. “My eyes are shrinking, and one is bigger than the other, and my face is constantly changing. I had a couple of modeling opportunities, and I wanted to take those opportunities to show that differences aren’t a bad thing.”

Why is it that accepting ourselves for who we are and what makes us unique is such a challenging journey? We easily pick out all the reasons why models and insta famous celebs are beautiful and successful, yet we look at ourselves with an intensely critical lens. I’ve never met a successful person who was not confident in themself. Who didn’t believe in themself. Who did not accept and appreciate themself. And I know I definitely wasn’t happy, beautiful, or successful when I was living with those negative beliefs. So that’s why I do the work that I do. That’s why I share my story of cancer, blindness, radiation damage, my physical appearance changing, and the slow process of learning to appreciate all of those things. Everyone is worthy of success, and the vehicle to success (in business, in relationships, in physical goals, etc) is self love. 💗 In this podcast we talk about everything from disability pride to opening up @bootyshopfitness with my partner @caseyjewellbrown , and honestly SO much more! Go listen to my episode of @therealphaeton4kast ‘s podcast and let us know what you think in the comments below. 🙏 Link in his bio! #yeahthatgreenville #thebootyshop #bootyshopgirlgang #blindness #disabilitypride #blindathlete #gymowner #businessowner

By the Numbers: Easter