A local Eagle Scout troop came together with their families on Oct. 2 to build a pergola for the Greenville Rescue Mission. Eagle Scout West Guthrie, 15, organized the project, which was completed the following day under the supervision of Assistant Scoutmaster Tim Poole.

The pergola had been planned for the Miracle Hill Boys’ Shelter, but because that facility was closing, the troop instead approached the Greenville Rescue Mission.

“We came up with this idea so people would be able to go outside and hang out and talk,” says Guthrie, a member of Troop 9 at Buncombe Street United Methodist Church. He said 16 people came out on Friday night, and then 47 came out on Saturday — all helping assemble chairs, tables or other parts of the pergola.

Todd Harris with ALEW LLC assisted in plans for the project, and Lowe’s donated some materials, according to Guthrie.

Guthrie says he hopes the men at the mission are happy with the structure and can use it to come together. He said he’s already seen a man playing his guitar at the pergola for people.

“When we were finishing, we’re about to leave, we were packing up,” Guthrie says, “one man had just gotten back because he said that he had left in the morning to go work … he came home to all this new stuff — pergola and chairs. He was thrilled to see all this.”

At the end of the project, men at the mission thanked the troop for the troops’ work and their new space. 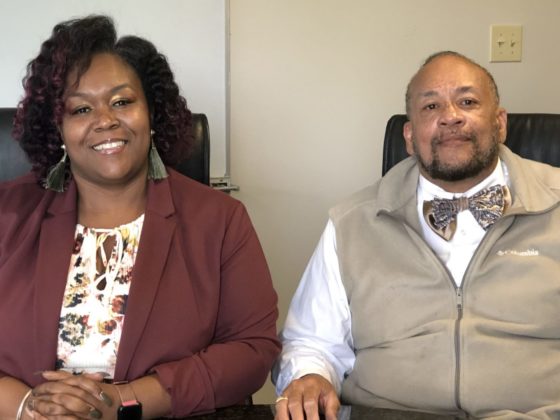 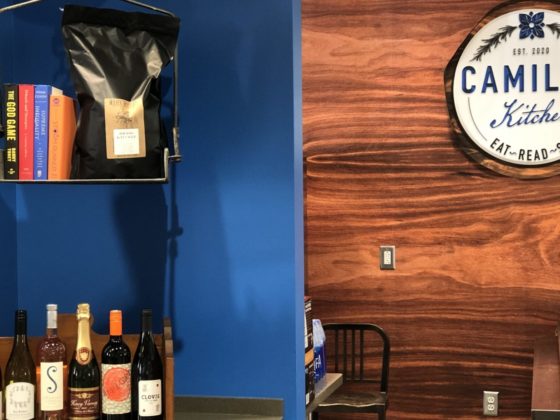 Booze while browsing at Camilla Kitchen inside M. Judson Booksellers