Vested Partners and its Dogs for Autism program have worked with other Upstate organizations that support and educate autistic children and adults, including SpringBrook Behavioral Health in Travelers Rest and Project Hope Foundation in Woodruff.

Project Hope has about a dozen therapy dogs in a program called Hope Unleashed that soothe and comfort autistic students, says Phil Harris, learning coach for Virtual Hope classes. The educational facility has academic classes and workforce training and experience for older teenagers and young adults.

The dogs serve as a catalyst for therapy sessions, Harris says. “I have had students get stressed out, but when they’re scheduled to spend time with a dog, there’s an exponential difference.”

Harris recalls a young man in his 20s who had a job through the workforce program, sometimes becoming stressed while working. “I take him straight to the dog session, and as soon as he’s there he embraces a long-haired collie. His face brightens up; he hugs that dog, and the entire physical interaction is incredible.” 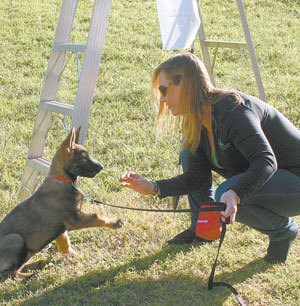 SpringBrook is a residential home for children and young people with severe autism-related disorders, Fisher says.

“Jesse sits in on therapy sessions, takes walks with children who have had trauma, including being locked in closets and basements,” Fisher explains. “We had one child who was found living feral in a trailer in the woods.”

The home’s children sometimes have panic attacks, and certain children can be terrified of dogs. According to a 2016 study in the journal Behavior Analysis in Practice, co-authored by researchers affiliated with Project Hope Foundation, about 30 percent of people diagnosed with autism have a phobia. Trained therapy dogs can help desensitize autistic children to their fears.

Fisher witnessed the magic of Jesse with a little girl who was terrified of dogs. When Jesse first met the girl, he took steps back, letting the girl’s brother play with him. Instinctively, Jesse knew not to make direct eye contact with the girl, but was aware of her watching him, Fisher recalls.

“Then the girl was leaning forward, grinning,” Fisher says.

Soon she began to touch Jesse, timidly at first. “I saw the girl last week, and she went straight to Jesse, and he stayed with her the whole time,” he adds.

April is National Autism Awareness month. Autism spectrum disorder (ASD) describes a group of developmental disorders that affect an estimated one out of every 68 children. Its symptoms/characteristics may include:

Social problems such as difficulty communicating and interacting with others

Intense and focused interest in certain topics, details or facts

Slow to respond when name is called

Echolalia, which is repeating words or phrases that they hear

Having facial expressions that do not match what is being said

Unusual tone of voice, such as flat or sing-song

Unable to predict other people’s actions 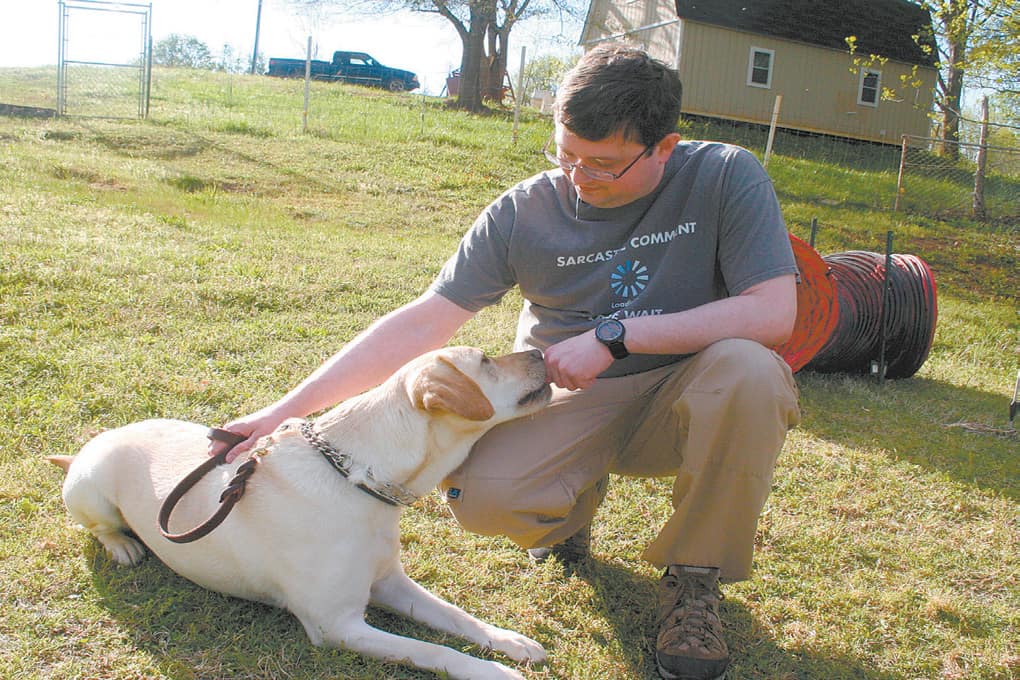 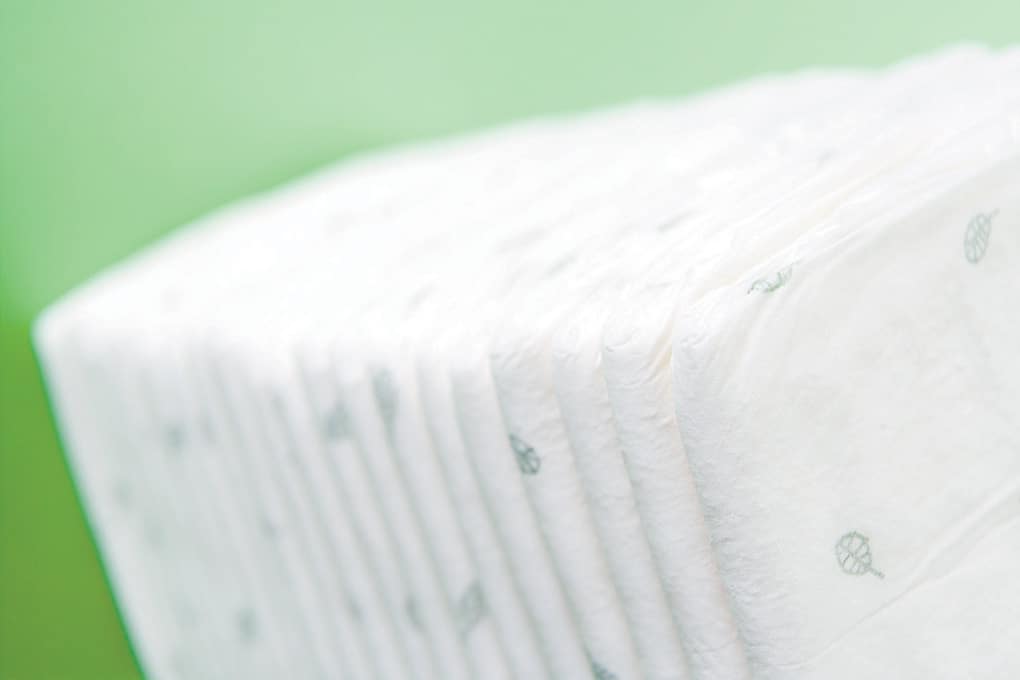