There really was light at the end of the tunnel.

The massive undertaking by Renewable Water Resources (ReWa) to construct the largest-ever underground tunnel in Greenville’s history is now complete, capping off more than two years of work.

Stretching 1.3 miles, or about 6,000 feet, the $46 million sewer line tunnel known as Dig Greenville runs from Cleveland Park near the Greenville Zoo to Hudson Street near downtown.

Construction on the tunnel began in March 2018 by construction engineering company Black & Veatch and contractor Super Excavators. The goal of the wastewater conveyance project is to address the impending capacity problem facing the current system for the Reedy River Basin, which serves downtown Greenville all the way to Travelers Rest.

Read our cover story on the project’s halfway point

“The issue is obviously all the growth in the region,” said Jason Gillespie, senior engineering project manager at ReWa. Gillespie compared sewer lines and their connection to development with the equally important need for roadways. “If you build a large development, you want the roads to have enough capacity for the additional cars and traffic. Same thing’s true for wastewater, even though they’re not as visible.”

Had the capacity not been addressed, Gillespie said, ReWa’s sewer lines and the area along the Reedy River would be at an increasingly higher risk for sewer overflows, especially when rainfall is high. Future economic development would also be restricted, as no additional water flows could be added to the sewer lines.

Stephen O’Connell, construction manager with Black and Veatch, said the deep-down tunnel solution was optimal for being less disruptive than a surface-level project, while also alleviating cost issues in the future.

“This should meet our capacity for the next 100 years,” O’Connell said, “as opposed to ones that would only last 20 or 30 years, at which point we’d have to do another big project.”

With the tunnel now complete, 84-inch fiberglass pipe will be installed at the start of next year in couplings of 10- to 20-foot segments, with the remaining space inside the tunnel filled with grout to root the pipe in place. After a few months of testing, wastewater will begin flowing through the pipe from Westfield Street to the existing sewer system in Cleveland Park.

Greenville named as the No. 6 Best Small City in the United States in the 2020 Condé Nast Traveler Readers’ Choice Awards 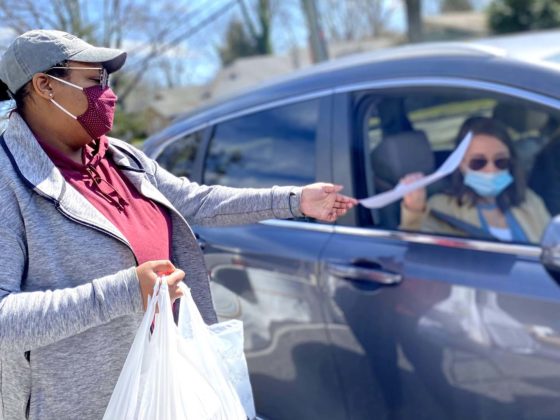