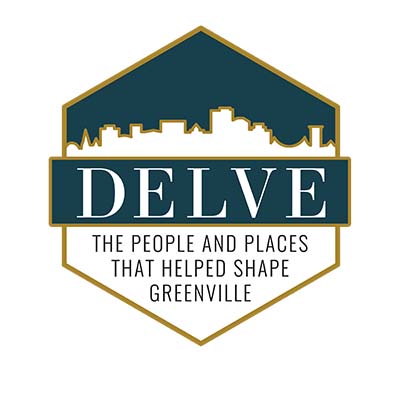 Brad Wyche checks his phone for the time. It seems to be passing more quickly nowadays, in a life hitting a major milestone, yet still filled with plans to impact the entire region.

“I’m actually having a hard time believing I’m really going to be 70 years old,” admits the attorney and environmentalist. “They say age is just a number. Well, that’s a really big number!”

Aside from family gatherings, Brad Wyche also plans to attend Upstate Forever’s annual awards luncheon that will honor him for founding the conservation group and leading it for 17 years.

“I’m really pleased with where I am now in my life and with Upstate Forever,” he reveals. “I had a serious health scare two years ago. Out of the blue, I had a stroke. It made me realize it’s all about carpe diem. Get the most out of every day. Live life to the fullest.”

The Wyche definition of “full” is different than most.  No one can walk Greenville’s Main Street or drive across the Upstate without witnessing the family’s handiwork. And it all started with a country doctor.

Against the odds of the Civil War and Reconstruction, Cyril Thomas Wyche managed to leave his native North Carolina to attend medical school and set up practice in Prosperity, a town in Newberry County. The doctor immediately injected public service into the Wyche family DNA. He rode on horseback to house calls and served in the state House of Representatives for 14 years, where he advocated for education and the creation of a state health department.

The doctor’s youngest son, Granville Wyche, witnessed this life of personal sacrifice, and in 1916 accepted an appointment as assistant U.S. district attorney. Through that post, Granville Wyche became the first Wyche to move to Greenville.

“I remember Papa Wyche well,” shares his grandson, Brad Wyche. “He lived to 97. Dad and I would go visit him on Sunday afternoons at his home on Augusta Road that’s now the Chandler School. He was such a nice guy, so friendly and selfless.”

After five years in public law, Granville Wyche entered private practice with Cothran, Dean & Wyche. The firm changed names multiple times over the years, but one element stayed the same: The practice served as a springboard for its attorneys to aid the community.

“That became an expectation the firm continues to this day,” explains Brad Wyche, who worked at Wyche, Burgess, Freeman & Parham for 19 years. “The lawyers need to give back. They need to be involved. That’s always been the expectation in the firm and in the family.”

As they say, like father like son. But Granville Wyche’s son, Tommy Wyche, took the family’s altruistic intentions to new elevations in the surrounding mountains and city streets.

Tommy Wyche attended Greenville High, where he stood out as a leader and courted younger classmate Harriet Smith, who would become his wife. In college, he and Granville Wyche exchanged many letters about his joining the family firm. He soon committed himself to the firm, family, pro bono work and community improvements.

Each day, he took in his surroundings while entering the office on Main Street, above where Soby’s now sits. In the ’60s and ’70s, many viewed downtown Greenville as an eyesore. Tommy Wyche dreamed of R&R: restoration and renovation. First, he collaborated with others to create the civic center cluster now called Heritage Green. He then focused on Main Street and contacted an architectural design firm to build water sculptures. Their feedback went far beyond fountains and against conventional wisdom, recommending narrowing Main Street from four lanes to two, planting trees and widening sidewalks to make them pedestrian friendly. 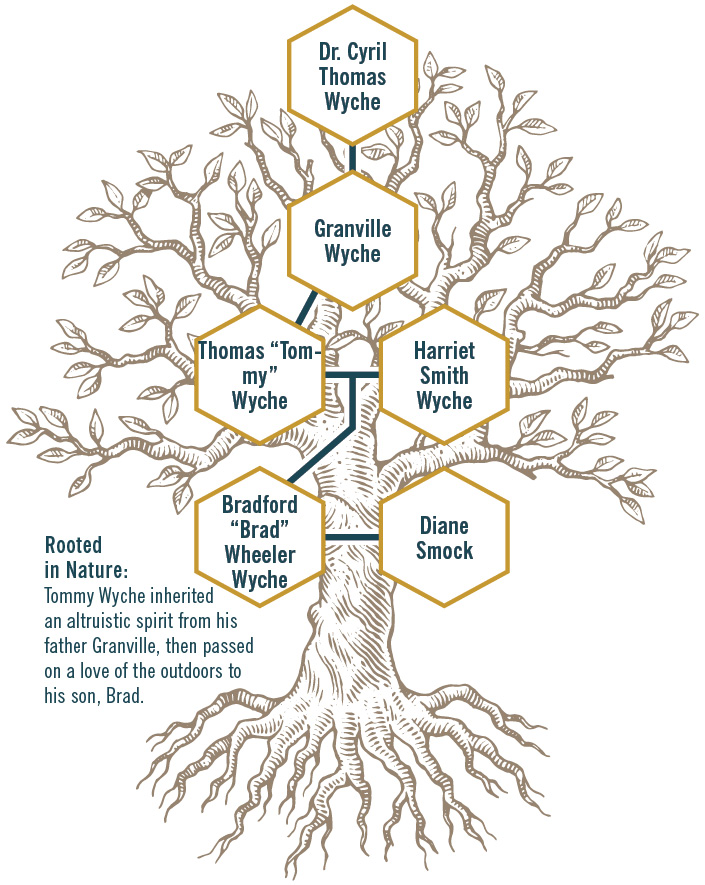 “Dad got fired up,” recalls Brad Wyche. “He worked with his friends Max Heller, who was mayor, and Buck Mickel, a well-respected corporate executive. They were a great team. Max was the leader, the politician. Buck was real gregarious, talking things up. Dad was quiet behind the scenes, getting the legal work done.”

That plan formed the foundation of Greenville’s award-winning streetscape, which thousands walk today.

“Tommy was one of our community leaders who insisted on ‘going bold,’” says current Mayor Knox White. “That’s the lesson I learned from him. Bring in the best designers you can and insist on excellence.”

Tommy Wyche and his son soon set their sights on much bigger places for the public to play.

As focused as Tommy Wyche was on revitalizing the city, he also enjoyed the wilderness. Brad Wyche recalls countless canoe and hiking trips with his dad, and one story of warning. The first time Tommy Wyche flew to Los Angeles and witnessed sprawl and smog creeping up the nearby hills, he vowed to stop that from happening to his beloved Blue Ridge Mountains. In 1973, he created the Naturaland Trust, one of the Southeast’s oldest conservation land trusts. The organization protects significant tracts of land in South Carolina, making them available for public use.

“His 40-plus-year effort has resulted in 100,000 acres of protected wilderness,” Brad Wyche says.  “It’s one of the most significant conservation achievements in our nation’s history.”

Brad Wyche also embraced Tommy Wyche’s love of the outdoors and, after experiencing the inaugural Earth Day as a college student, changed his undergraduate major to environmental studies. After obtaining a master’s degree in natural resources management and a law degree, he too joined the family practice, specializing in environmental law.

“As much as I enjoyed it, I just felt like I needed to give back more,” admits Brad Wyche. “I saw a true need for a group like Upstate Forever. I could see development coming and thought we’ve got to manage that and protect special places before it’s too late.”

In 1998, he gave up his job to jump-start Upstate Forever from his home. The first project secured land for the Prisma Health Swamp Rabbit Trail. Today, the nonprofit group employs 21 people, who have inked 123 conservation agreements protecting 23,500 acres, while guiding land planning and policy.

“Brad is a visionary. He was talking about land-use planning and land protection before the Upstate was experiencing this unprecedented growth,” says current Upstate Forever Executive Director Andrea Cooper. “One of his legacies is that he’s insured the protection of many iconic places, while allowing for sustainable development.”

At 65, Brad Wyche transitioned from executive director to senior adviser. He just capped off chairing the organization’s capital campaign, which brought in $8.4 million. He wants to travel more with his wife, Diane Smock, and spend more time with his children and grandchildren. The living patriarch hopes future generations will carry on the family tradition of serving others.

“Granville was very well respected and had impeccable integrity. My father is an impossible act to follow,” confesses Brad Wyche. “If I can do 10% of what Dad did in my life, I’ll be very happy. We need to give back.” 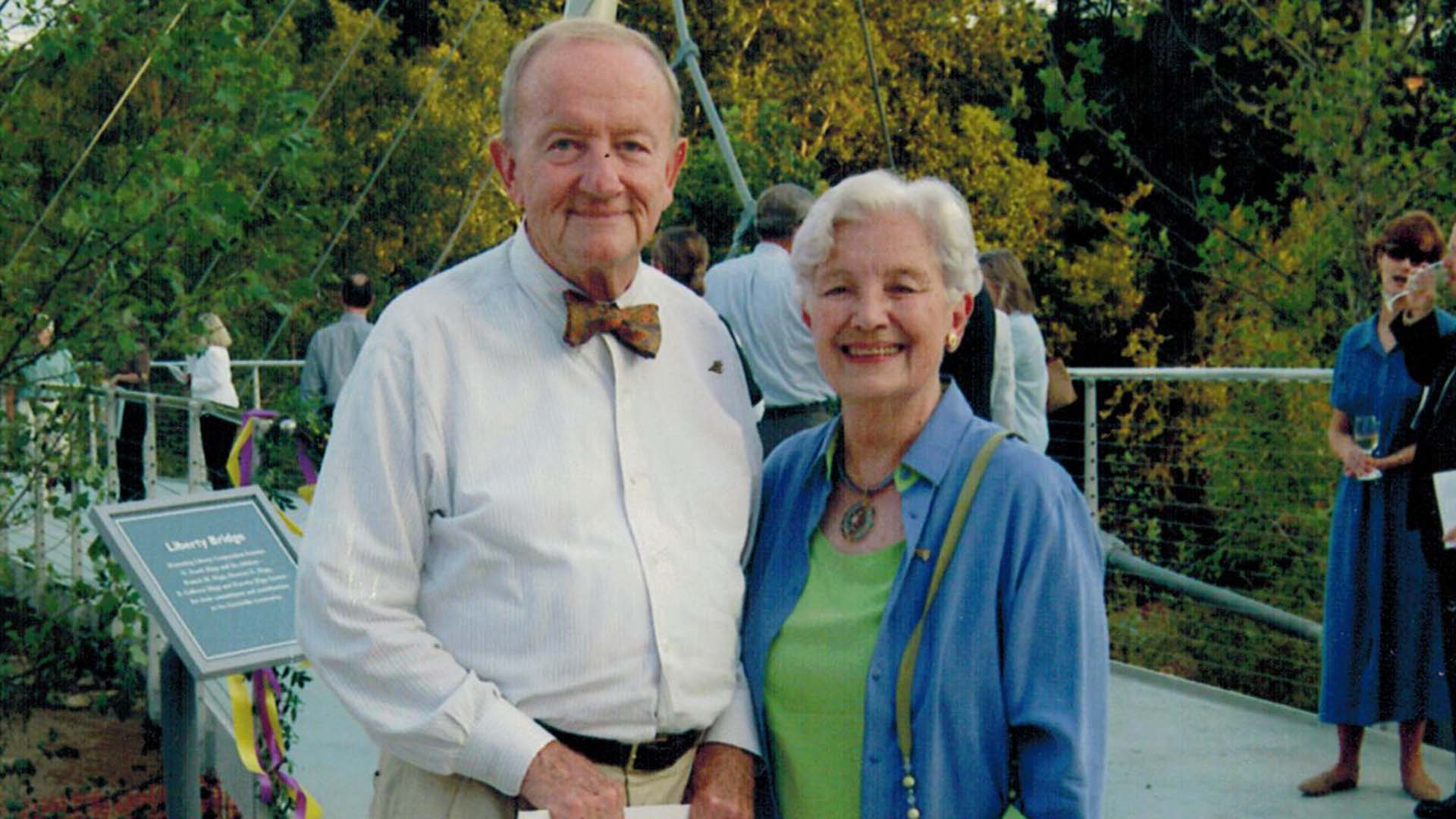 Harriet Wyche was instrumental in leading the Carolina Foothills Garden Club to build Falls Park in the 1960s and ’70s.  To honor her, the Wyche family and friends commissioned “Rose Crystal Tower” by Dale Chihuly. The glass sculpture in Harriet’s Garden in the West End symbolizes her love of roses. “She was a visionary herself,” Brad Wyche states. “The first domino to fall in rebuilding downtown was the park in the ’60s with mom. The river was badly polluted. But they were determined they were going to have a park to celebrate Greenville’s birthplace.” 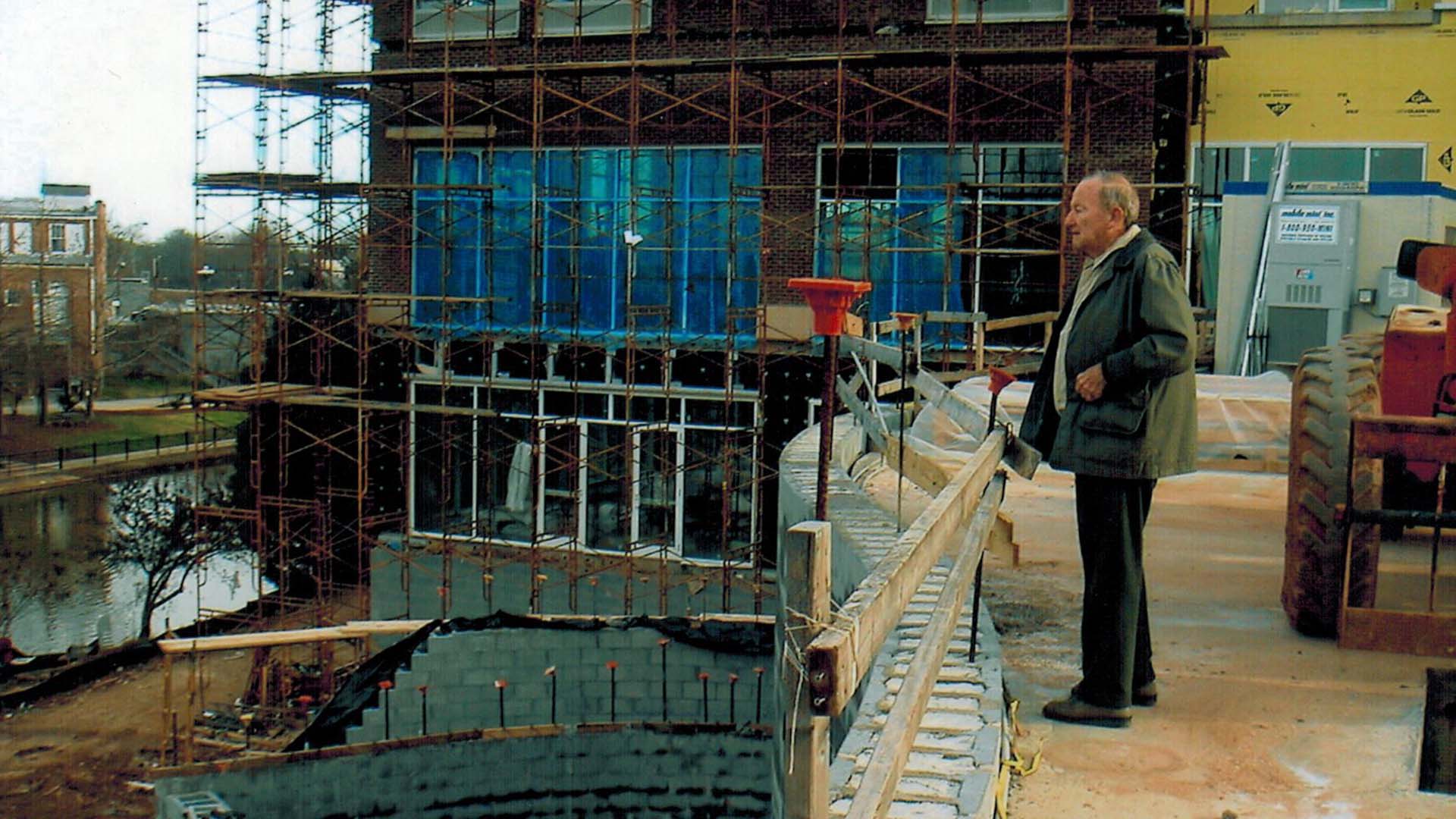 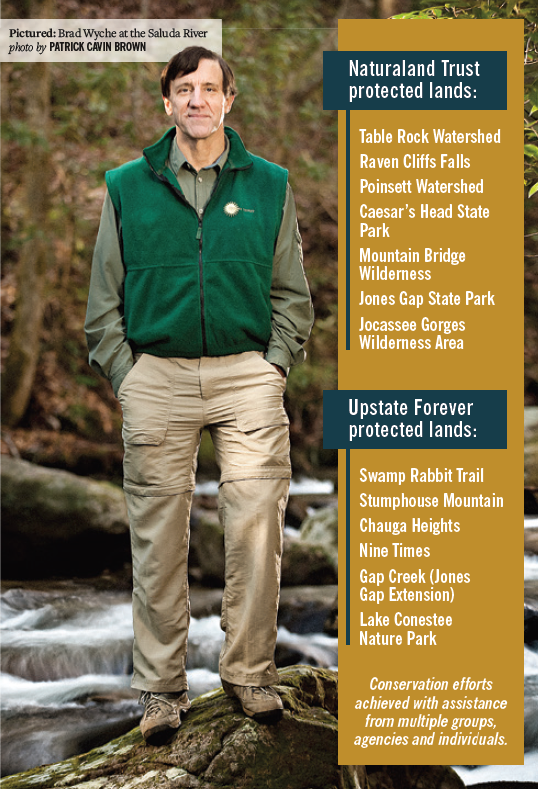 Wyche Pavilion:  The open-air brick building on the shores of the Reedy River dates back to the early 20th century, when it served as a coach factory paint shop and then a mayonnaise production and packaging plant. The Peace Center obtained the abandoned building in the late 1980s, and it was named The Wyche Pavilion in honor of Tommy and Harriet Wyche for their dedication and leadership in “restoring downtown Greenville.”

RiverPlace: Tommy Wyche worked for 25 years to piece together vacant and underutilized property along the Reedy River in the heart of downtown. The land eventually became the RiverPlace development. In 2012, the city of Greenville dedicated the RiverPlace Bell Tower and Carillon to Tommy.

“Renaissance Man: The Life of Tommy Wyche” is set for release on April 2. Journalist Lynne Lucas worked with the family to compile history and stories. The book also includes a forward by former U.S. Secretary of Education Dick Riley.

The Greenville Journal is committed to telling the stories of the people and places that shaped our city. Join us each month as we Delve into their legacies, which continue to impact all who live here today. 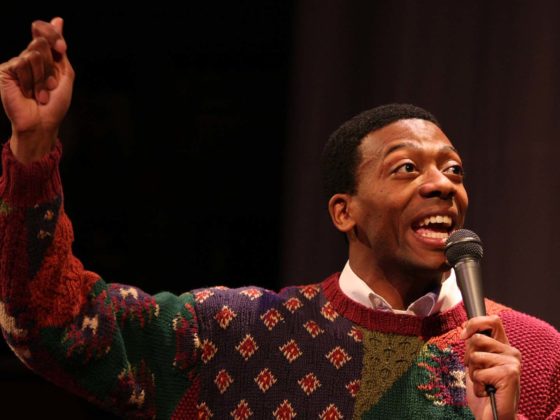 10 years of ‘One Voice’ with Jeremiah Dew 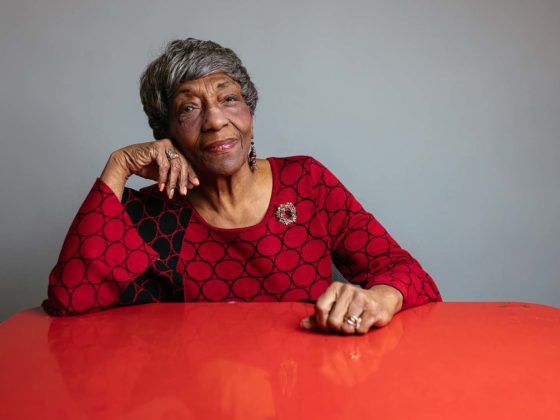 Xanthene Norris: She never said ‘no’