“They found it! They found it!” Rector Harrison McLeod rushes into his office at Christ Church Episcopal. “The cornerstone looks like every piece of vertical granite, so it was hiding in plain sight,” he says. “We’re going to dig it up this afternoon for Sunday’s celebration.”

Work crews had located the sacred cornerstone just in time to kick off the first of the church’s bicentennial celebrations that will run through 2020.

To thumb through the archives of Christ Church is to hold South Carolina history in your hands. Diplomat Joel Poinsett, businessman and benefactor Vardry McBee, U.S. Sen. Joseph Earle all have ties to the oldest church in the city of Greenville. For centuries, promises and programs presented from the religious center’s pulpit have canvassed the community, casting a hue upon all that has been as colorful as the nave’s great Ascension window.

“It’s humbling to be a part of something that has had such meaning for so many people for 200 years,” McLeod says. “We really recognize the value of that tradition and hope for the future.”

They came every summer. Wealthy Lowcountry residents would trek to the Upstate to escape the coastal heat and humidity. On Sundays, a handful of Episcopalians would gather at the old wooden courthouse or private homes to worship with traveling minister Rodolphus Dickinson.

“Christ Church was known as the snap-bean church,” McLeod says. “It didn’t operate year-round. Services were only in summer when it was time to harvest the snap beans.”

Dickinson established St. James Mission, which became Christ Church in 1826.  During that time, merchant and farmer Vardry McBee donated “four acres and twenty-three poles” to build an Episcopal church in the small village of Greenville. Three houses of worship have occupied the land since, and that first congregation of Episcopalians has grown from 4 to 40, and now 4,000.  The brick Gothic building and its 130-foot bell tower stand as constants against the city’s ever-changing skyline.

“What fascinates me is this church building today looks like our forefathers envisioned it to look in 1852,” McLeod says of the current facility. “What kind of imagination and hope for the future would inspire a small community of Episcopalians to build a church that fits 675 people, when there were only 11,000 people living in the county at the time? They were obviously looking to the future.”

One woman certainly was.

Since the beginning, members paid to sit in Christ Church’s pews. Yellowed ledgers detail “pew rent” payments of $75, $110 and $1,000.  But in 1880, when members were looking to add another wing, Sarah Coxe Croft offered $3,000 to build the South Transept, as long as its pews were rent-free.

“She was very generous,” says her great-great-great-grand-nephew and current church member Tom Croft. “She did a number of things like that and was very inclusive in making sure everybody could participate.”

“She had a real passion for the community and wanted to create a place for diversity within our parish,” McLeod says. “She sort of established the DNA of the parish. We always think back to Sarah Coxe and the example she offered us 100 years ago. That’s what we try to maintain today.”

Christ Church’s outreach over the years runs in the millions, both in people touched and dollars spent. Members have built at least seven local churches, while sustaining humanitarian and religious projects in numerous countries. The congregation currently supports programs in Costa Rica and Ecuador, but its largest international effort is in Haiti, where it’s brought safe drinking water, a hospital and school to the Central Plateau region, north of Port-au-Prince.

Aiding the local community has been a focus since the church’s inception, with members creating a school for the poor and Greenville’s first general hospital in the 1800s.  Modern-era non-profits with Christ Church roots include the Greenville Free Medical Clinic, Project Host, United Ministries and most recently, Jasmine Road that helps women escape sex trafficking. Members are also building affordable housing and tutoring children in the Sterling Community. More than 15% of Christ Church’s $3.6 million annual budget is earmarked for outreach.

“What fascinates me is this church building today looks like our forefathers envisioned it to look in 1852.” – Rector Harris McLeod

“We like to be kind of entrepreneurial and find whatever the unmet need is in Greenville and see if we can offer a solution,” McLeod says. “Partnership is key. It’s always our preference to build a coalition around something so it’s a community project, not a Christ Church project.”

Construction cranes and office towers fill the horizon where Interstate 385 dead-ends downtown. Traffic whizzes past the corner of Church and East North streets at a pace Vardry McBee never could have imagined when giving away his pastureland in a small 19th century village. That initial “four acres and twenty-three poles” has grown into a vibrant 12-acre campus featuring a church and chapel, educational and administrative buildings, children’s playgrounds, and six acres of churchyard providing a tranquil spot of respite in the heart of downtown.

“It’s an anchor for Greenville as we grow,” says Mary Johnston, lifelong member and chairman of this year’s churchyard preservation fundraising. “Visitors come here to eat lunch, to visit and walk around. That’s what makes a city, is to have green space for people to enjoy. It’s tremendously important.”

McLeod grows philosophical as he walks through the space from the parking lot to the church, passing dozens of granite monuments, carved headstones and ornate benches.

“It’s a pilgrimage,” the spiritual leader says. “It’s a metaphorical sort of death to life. We take this journey every Sunday and surround ourselves by all of these people of faith who came before us, our forebearers who witnessed the power of this church and the power of Christ in their lives, and now we get to participate in that.”

The past lives on in the present.

“I hope they would be very gratified if we could interview them today,” he says. “They would say, ‘This is what we hoped for. This is what we built for.’ I am confident Greenville is the city that it is because of this church and other churches. I hope we are setting the stage for this church to continue to thrive and be an important voice for hope and transformation for another 200 years.”

In the late 1950s, Christ Church partnered with St. James Episcopal Church, Church of the Redeemer and St. Andrews to create a parochial day school. In 1959, Christ Church Episcopal School opened in three homes on East Washington Street with nine faculty members and 213 students in primer through sixth grade. Today, the church is still actively involved with the school, educating more than 1,100 students in pre-K through 12th grade. 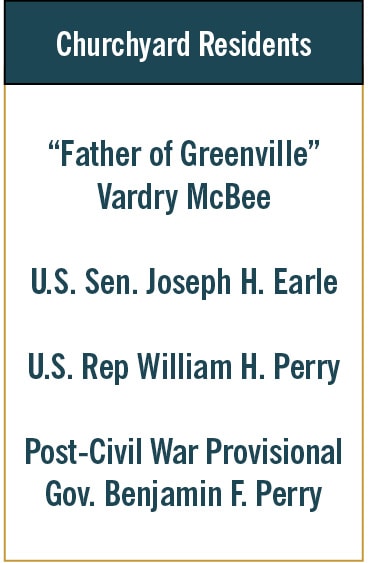 Recurring: 20 for 20 Community Service — donate 20 hours to a project of your choice.

Artists, music and food will fill campus during this year’s Joyful Garden Tour, raising money for the Beth Croft Endowment Fund for landscaping and churchyard upkeep. The tour will also include gardens of homes on McDaniel and Crescent avenues. More than 850 people visited during the 2018 tour, raising almost $120,000.

For more on Christ Church Episcopal, its bicentennial events, as well as its past, present and future, go to www.ccgsc.org. 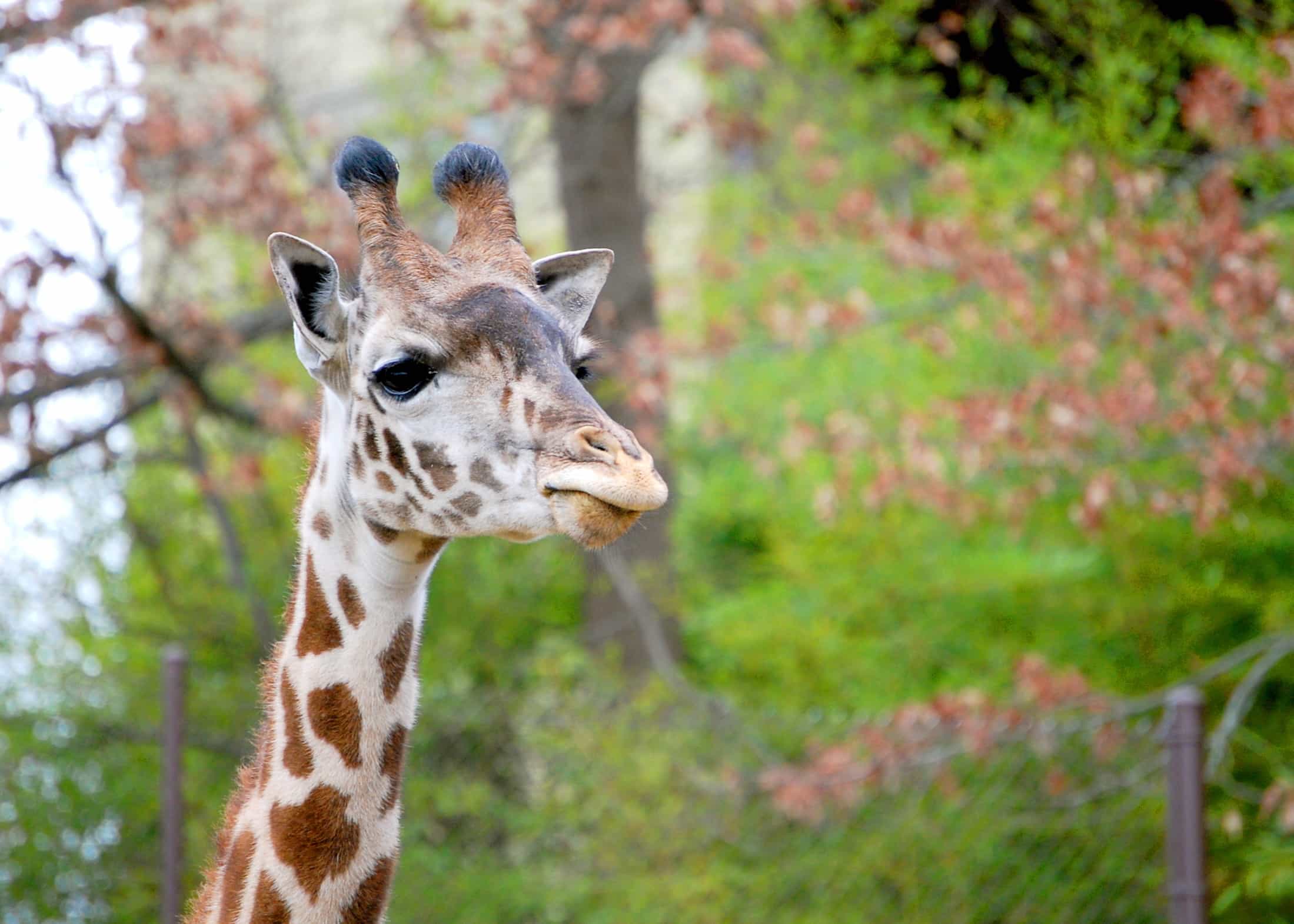