Neil Ferrier was waiting for a plane to arrive.

In the past month, his life had started to feel more and more like a movie, and this moment was no exception: Ferrier looking up at the sky, his face hidden behind a mask, as he nervously anticipated the roar of the approaching airplane’s engine.

Inside that airplane was the precious cargo he’d been working to get into the country for weeks now. All his work led up to this moment, so he kept scanning the sky, then checking his phone, then looking up at the sky again. 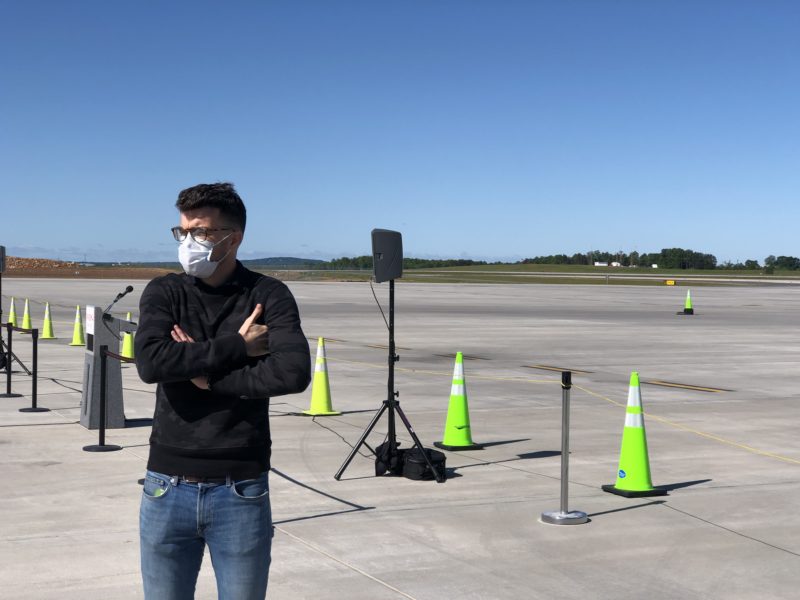 Ferrier, who runs the Greenville-based design and manufacturing firm Discommon, had learned from the previous five weeks not to get his hopes up. There’d been so many late-night phone calls and last-minute plot twists. That’s why he’d wanted to keep this plane’s arrival as secretive as possible. The more eyes that were on him and the more outside variables thrown into the mix, the greater the chance that things could go wrong.

“Honestly, this feels like some modern-day version of sneaking cocaine into the country back in the ’80s,” he said.

Even the location of the plane’s arrival had been deliberately chosen. Greenville-Spartanburg International Airport was a smaller and quieter airport, relatively speaking. He didn’t want too much of a crowd, because the plane that was about to land was sure to draw attention: a massive Boeing 747 Dreamlifter. It would be the largest aircraft to ever land at GSP Airport. Better, Ferrier thought, not to publicize the moment.

In that regard, he’d failed miserably.

Ferrier counted seven camera crews rolling at that very moment. US Sens. Lindsey Graham and Tim Scott were in attendance with their entourages, as were US Reps. Jeff Duncan and William Timmons. Smiling and walking about the crowd was Gov. Henry McMaster. The lawmakers were joined by representatives from Prisma Health and Boeing. They’d all come to witness it for themselves, when the giant plane would land.

It would be by far the largest shipment of personal protective equipment to land in the state, a significant win for South Carolina in the arms race to provide health care workers with protection against the coronavirus. With limited capabilities to mass-produce protective masks here in the country, states and other local governments had been forced to compete against one another to get masks out of China. But a backlogged Chinese port system, coupled with that nation’s ever-changing export laws, had led to lengthy delays.

The challenge, then: how to get the masks out of China?

Through his work running Discommon, Ferrier had some connections with reliable Chinese manufacturers, and he’d dealt with exporting products from China before. He didn’t know a thing about masks, but he thought he could figure out a way to get some into the country. It’d be a nice way to help out, he decided.

He had no idea what he was getting himself into.

It all started with an act of kindness.

Five weeks earlier, a project manager Ferrier knew in China had sent him a box of 800 masks, warning him that coronavirus was coming to America and that Ferrier should use the masks to protect himself and his family.

“I thought that was very nice of him,” Ferrier said, “but I was also confused, because I thought there were no masks to be had in China.”

The project manager told him about a reliable factory capable of producing masks. Ferrier’s entrepreneurial instincts kicking in, he got in touch with some clients to pull together some money. Next, he sent a text to his previous lawyer, William Timmons. Conveniently for Ferrier, Timmons was now Congressman Timmons. He was able to put Ferrier in touch with the higher-ups at Prisma Health (“So technically I get all the credit,” Timmons joked).

“This was before the lockdowns went into place,” Ferrier said, “so I showed up in person at Prisma’s office, and within 10 minutes it became apparent to me how bad the situation was — not that it was Prisma’s fault, but I’m saying the whole of America was fighting for masks.”

“None of the hospitals know which way to turn,” he said.

The actual production of the masks went off smoothly, with a first round of 2.1 million masks produced by the end of March, but shipping was the real problem. Rates had gone up from $4 per kilogram to as high as $25 per kilogram. Working alongside Chad Richard, executive director of supply chain for Prisma, and Berri Heinz, Prisma’s manager of procurement and supplier diversity, Ferrier stayed up late monitoring transport options in China.

“It got to the point that my boyfriend would ask me, ‘Any reason why you’re getting texts from this guy Neil at three in the morning,” Heinz said, laughing. “It seemed like every time I woke up each morning, something new had changed.”

Ferrier was put in touch with the executives at Boeing, who offered a jet to fly the masks into the United States, so long as Ferrier could get the masks from mainland China to Hong Kong. He told Boeing he would get the shipment there in time. He was waiting on those 2.1 million masks to make their way through customs into Hong Kong, but at the last minute the Chinese government issued a rule change that meant all those masks would need to be repackaged with different labeling. Now he had no masks ready and a Boeing jet waiting for him to fly out of Hong Kong in three days.

“We find out there’s a quiet port accessible by boat into Hong Kong, so we Hail Mary it, produce 1.5 million new masks, and send them by boat,” Ferrier said. “We didn’t anticipate there would be a mini-typhoon that very day.”

Because of the typhoon, the boat was stuck at port for another 24 hours, during which time Ferrier was constantly checking his phone for updates. Meanwhile, he learned that the governor and both of South Carolina’s senators heard about the masks and said they would be in attendance when they arrived.

For Ferrier, the question was not so much when they would arrive, but if.

The wind was so loud out on the runaway at GSP Airport that hardly anyone saw the plane coming. The TV news camera crews cursed and turned their cameras to the proper direction, but by then the plane had already touched down and taxied around to unload.

For Ferrier, it was like exhaling after holding his breath for five weeks straight.

He knew this was only the beginning. Those 1.5 million masks, one hundred thousand of which were donated by Prisma to the Medical University of South Carolina, would only last the hospital about a month.

“We’ve a lot more planned to bring in,” he said.

For now, though, he could at least take a moment to appreciate how much they’d all achieved.

“I’m a little in awe that this actually worked,” he said. “I probably shouldn’t be, because there were such fantastic partners, but to see the plane come in, I was standing off to the side on my own, a little in awe. But we’re not done. We have to keep going.” 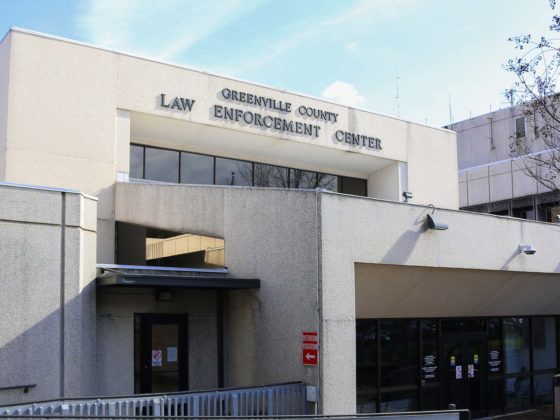 Police, jails change the way they operate in coronavirus outbreak