It’s been about 17 years since the Poe Mill structure caught fire and burnt down, leaving uncertainty and ashes in its place.

Following the fire, the Greenville County Redevelopment Authority assumed control of the site to do environmental cleanup, working alongside the Department of Health and Environmental Control to ensure all harmful materials were removed. Once the first phase of cleanup was completed, GCRA had to figure out what to do with the place.

That’s when Contour Development Group stepped in with a proposal. Specializing in multifamily housing and mixed-use developments for working communities, the development company based in Michigan aims to transform the 11-acre property into a massive development.

Today, the site is primarily used as a home-grown skate park, but the plans Contour presented for what the company is calling “The Village at Poe Mill” would add six buildings, each six stories tall, accommodating 428 apartments.

Half of those apartments would be used solely for affordable housing, according to the plan.

John Castile, head of the GCRA, said the property has not changed hands yet, though.

“At this point it’s just a plan they submitted that has a number of things that they believe would be assets to the community,” Castile said. “We’re in the phase now of reaching out to the public to see their reaction to the plan, taking their input and trying to move this concept forward.”

The plan calls for the historic smokestacks to remain as a key feature of the village, with a social center and restaurant built in between. Across the campus that makes up the planned development site, green spaces and sidewalks would be constructed,  in addition to water fountains, community gathering areas and roadways.

“The developer has publicly stated that he wants to be a good neighbor and hear what the community thinks,” Castile said. “Now is the time to share, talk about it and see what the next steps will be.” 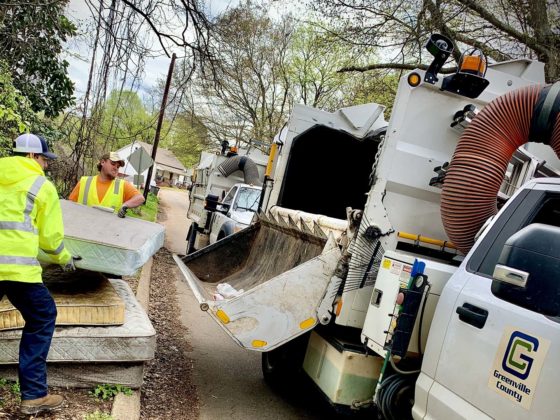