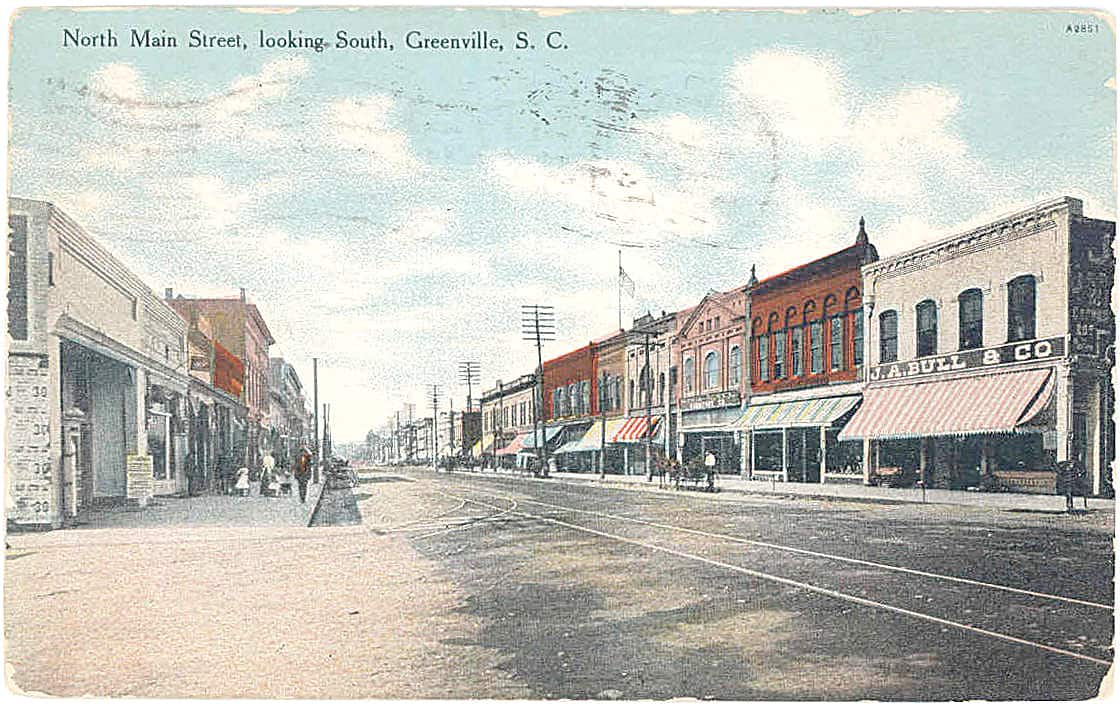 The North Main area of downtown Greenville has gone through several stages of development over the course of the last 100+ years. In the 1890’s all the way through to the end of World War II the North Main street area – between Park and Stone – was one of Greenville’s premier residential streets. The completion of the super-highway around the end of World War II brought substantial changes to the area – the first four-lane segment of the highway  was completed in 1938 and extended 5.5 miles out of Greenville, originally called New Spartanburg Road it did not become Wade Hampton Boulevard until 1950. Increased traffic from the new “highway” led to the widening to four lanes and thus the loss of residential integrity. As time progressed this part of North Main became entirely commercial.

↑ Circa 1910. A view of North Main Street, looking south.  Along the right is J.A. Bull and Co., a grocery store.  James A. Bull, native to Greenville, left school at 17 and became a dry goods store clerk.  A few years later, he entered the grocery business.  His business expanded into one of the largest retail grocery businesses in South Carolina.

Whitehall, one of the oldest residences in Greenville 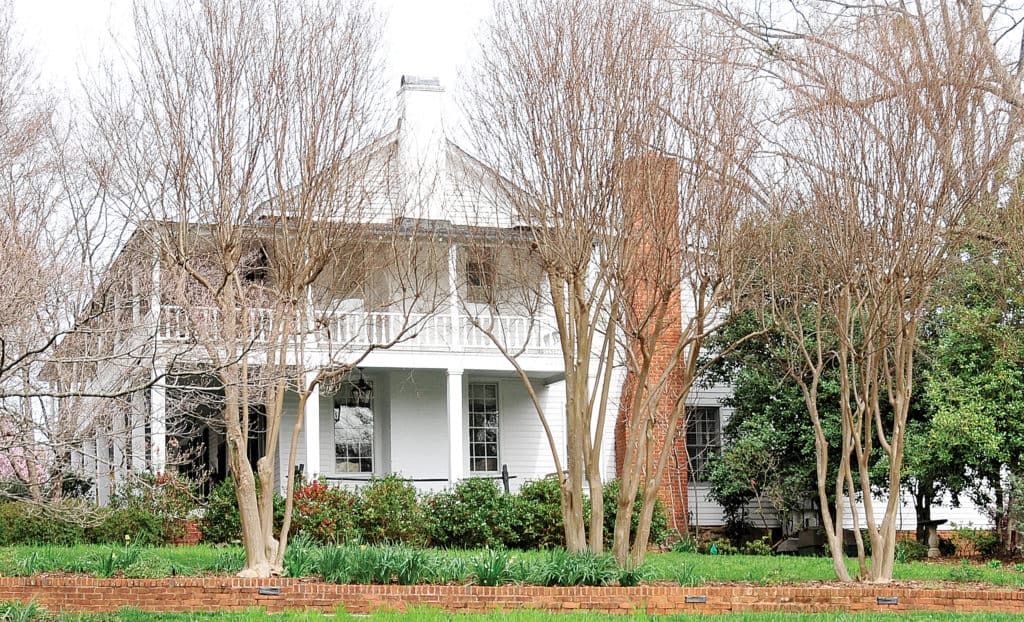 ↑ Whitehall was built in 1813 by South Carolina Governor Henry Middleton, and was his summer home. Side view of the two-story white house with piazzas on first and second floors. Listed in the National Register of Historic Places in 1969.

The North Main area is home to one of the oldest residences in Greenville, known as Whitehall, it was built by Henry Middleton in 1813 as a summer residence. Middleton was a member of one of South Carolina’s most prominent families – son of Arthur Middleton (signer of the Declaration of Independence), was himself a president of the Continental Congress, a U.S. Senator, a member of the S.C. House of Representatives and Governor of South Carolina as well as one-time Minister to Russia. The Whitehall residence served as Middleton’s summer home until 1820, when it was sold to George Washington Earle, son of Elias T. Earle (the original land owner of the Whitehall property).

South Carolina Department of Archives and History describes the Whitehall Property as:
One of Greenville’s oldest residences, Whitehall is an interesting example of the cool, breeze-acclimated summer homes favored by South Carolina’s first summer vacationers, escaping from the lowcountry heat and humidity to the cooler “high hills” of the upcountry. Whitehall was built as a summer residence by Charlestonian Henry Middleton on land purchased from Elias T. Earle in 1813. Middleton, a member of one of South Carolina’s most prominent families, son of Arthur Middleton (signer of the Declaration of Independence), was himself a president of the Continental Congress, a U.S. Senator, a member of the S.C. House of Representatives and Governor of South Carolina as well as one-time Minister to Russia. Whitehall served as Middleton’s summer home until 1820, when it was sold to George Washington Earle, son of Elias T. Earle. A simple white frame structure with shuttered windows, the most distinctive features of the house are the wide first and second story galleries, or piazzas, which serve as cool and shady breezeways. The Barbadian style of architecture was adopted by Charlestonians in the eighteenth century when they discovered that piazzas added to existing houses formed cool, outdoor summer living rooms. In time, the piazzas became an integral part of every newly constructed dwelling in Charleston and the planters used similar designs in the upcountry summer houses like Whitehall. Listed in the National Register August 5, 1969.

North Main by the numbers:


Statistics are based on 2015 data and rounded to the nearest whole number.

For a thorough and complete history of the development of the North main area, please click here. 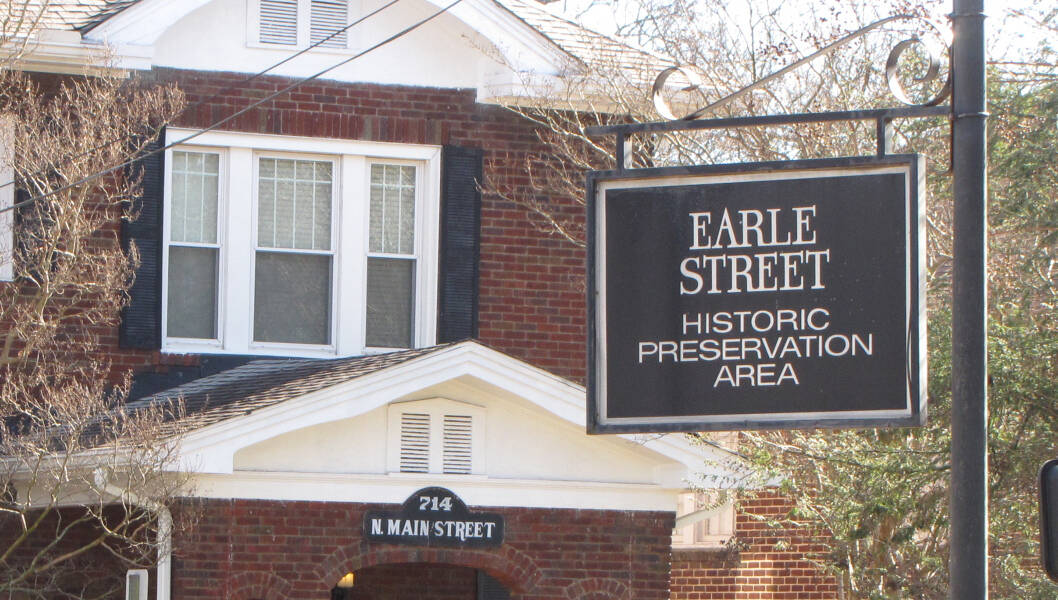 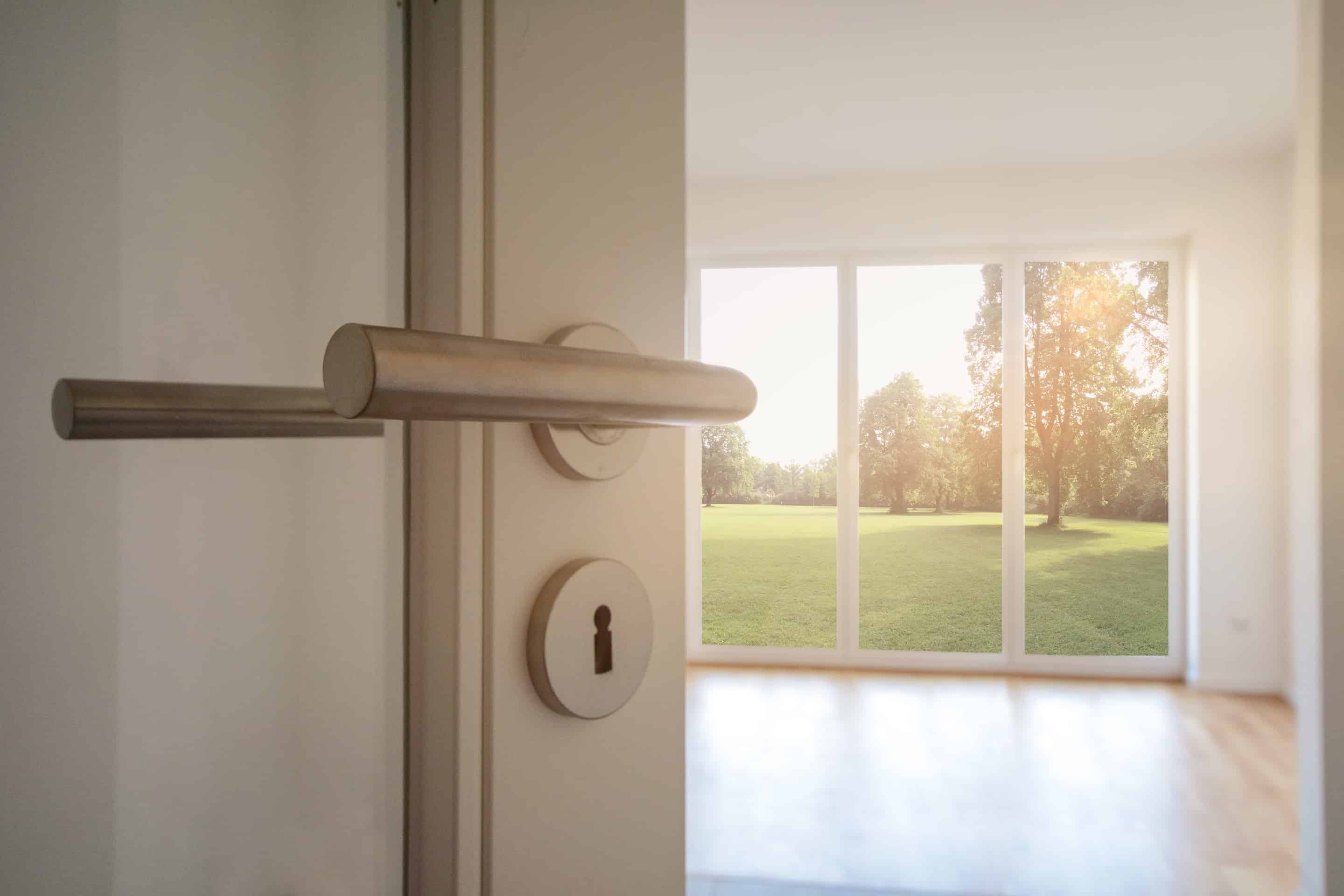