With the stay-at-home order lifted and many people venturing out, photo, nature and history enthusiasts may enjoy a visit to Campbell’s Covered Bridge.

The bridge was built in 1909 by local builder Charles Irwin Willis and was one of four covered bridges erected in northern Greenville County during the first decade of the 20th century. It was named for Alexander Lafayette “Fate” Campbell, a landowner and millwright who lived at the site and operated a corn grist mill approximately 50 feet downstream.

“When the bridge was first built, it was built beside one of the very best fords on Beaverdam Creek,” Upstate author, storyteller, tour guide and photographer Dean Campbell, also known as the “Squire of the Dark Corner,” said via email. “There were three other smaller covered bridges in the surrounding area, but all were washed away in flooding in the 1920s.”

Due to its location, the bridge was once tied to the busiest grist mills in the Dark Corner before a new mill came to the area, Campbell said.

“Once Fate Campbell’s grist mill was no longer used, Joseph Smith bought the property at the bridge and built a smaller corn mill, which ground only corn meal, grits and cracked kernels for other purposes,” said Campbell. “His family lived on the property and operated the mill from the 1930s to the 1950s.” 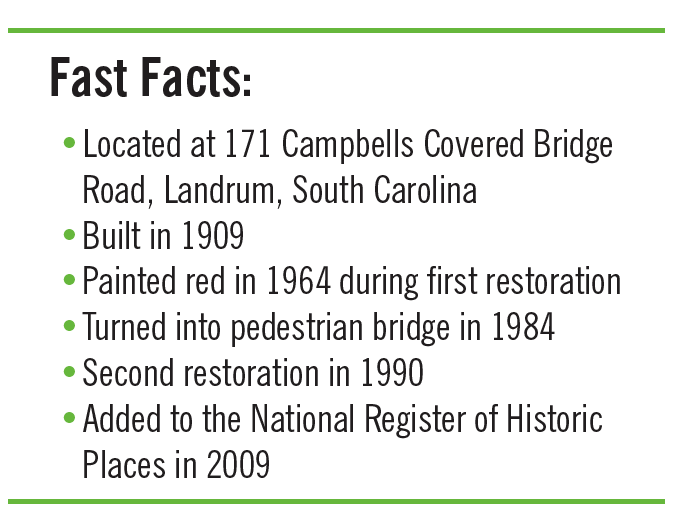 In 1951, Pleasant Hill Road was rerouted, and the old roadbed was renamed Campbells Covered Bridge Road. In 1964, the bridge’s sidewalls, roof and floor were repaired. However, after the restoration was complete the new and old boards did not match, so the bridge was painted red.

In 1984, Greenville County made the bridge open only to pedestrians by building retaining walls and dumping dirt up against each end of the bridge to create two dead-end roads. This made the bridge susceptible to vandalism, and the mounds of dirt caused a buildup of moisture, which may have led to termite damage to the sills on each end, said Campbell.

Eventually the bridge underwent a second restoration in 1990, and as an attempt to stay true to the original materials, the restoration crew used pine boards sawed at a local sawmill. In addition, a new galvanized steel roof was installed. During the restoration process, active evidence of termites and wood-destroying fungi were found on both ends of the bridge. Since the bridge weighed between 85,000 and 100,000 pounds, a 50-ton jack was utilized to lift the bridge off its foundation to allow for the damaged sills to be replaced with pressure-treated lumber.

Spanning 38 feet in length and 12 feet in width, Campbell’s Covered Bridge is the only surviving covered bridge in the state. It is a four-span Howe truss bridge with counter braces. Its two outer spans are 9 inches long, and its two inner spans are 8 inches long. Each truss is 4 feet by 8 feet, and 2 feet by 8 feet pine boards nailed together in an interlocking pattern create each counterbalance. In addition, 1-foot diameter iron rods called kingposts are in between each span, tying the top and bottom chords together.

The bridge and surrounding acreage are currently used as a park owned by Greenville County where visitors can picnic and explore the foundations of the old grist mill and home site. 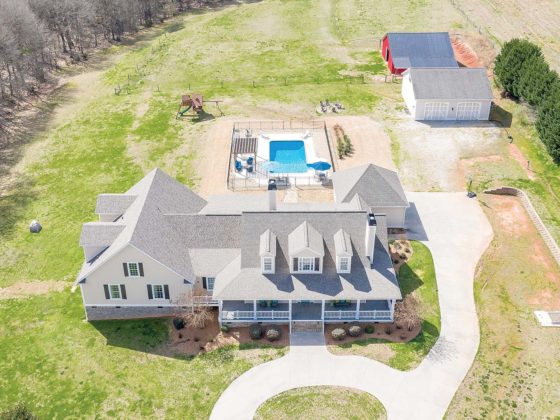 Real estate: On the market 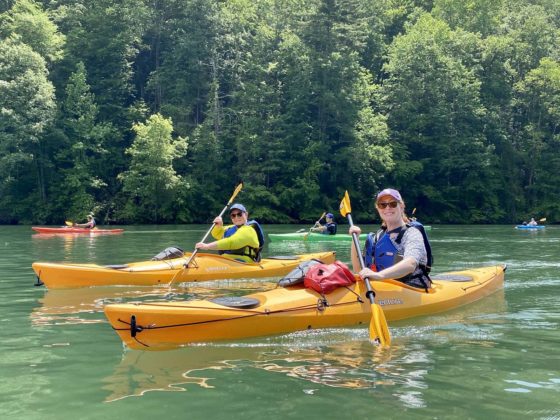