The South Carolina Department of Natural Resources is seeking bids for an engineering assessment of the historic Poinsett Bridge in northern Greenville County as a first step in preserving and protecting the iconic structure.

According to Brian Long, cultural preserve manager for the state Department of Natural Resources which owns the bridge, the department is seeking input from a qualified engineering firm to evaluate the condition of the bridge and develop recommendations for stabilizing and preserving it.

“We’re in the very early stages,” Long said. “We hope to stabilize and protect the bridge for a few hundred more years.”

The 130-foot bridge spanning Little Gap Creek features a 14-foot Gothic arch. It was once part of a state road connecting Charleston and Columbia to points north and west during a period of significant westward expansion in the state’s history.

Long said he hopes the engineering assessment will find ways to reduce erosion to the top of the bridge and and through it, namely in leaks through the distinctive arch. He also hopes the study will find solutions to the loss of mortar caused by two centuries of weather.

Built in 1820, the Poinsett Bridge is the oldest surviving structure of its kind in South Carolina and possibly the Southeast.

Long anticipates the assessment and any work recommended by it could take a couple of years to complete.

Built in 1820 and designed, it is widely believed, by Washington Monument architect Robert Mills, the bridge is the oldest surviving structure of its kind in South Carolina. It was named after Joel Poinsett, an influential early resident of Greenville who served as U.S. ambassador to Mexico and for whom the Poinsettia was named. It is part of the 120-acre Poinsett Bridge Heritage Preserve owned by DNR and managed by Greenville County Parks, Recreation and Tourism.

The bridge was active for about 100 years following its construction but is now only open to foot traffic. In addition to the bridge, a nearby hiking trail and picnic areas are among the attractions that draw people from across the state and nation to visit the heritage preserve every year. 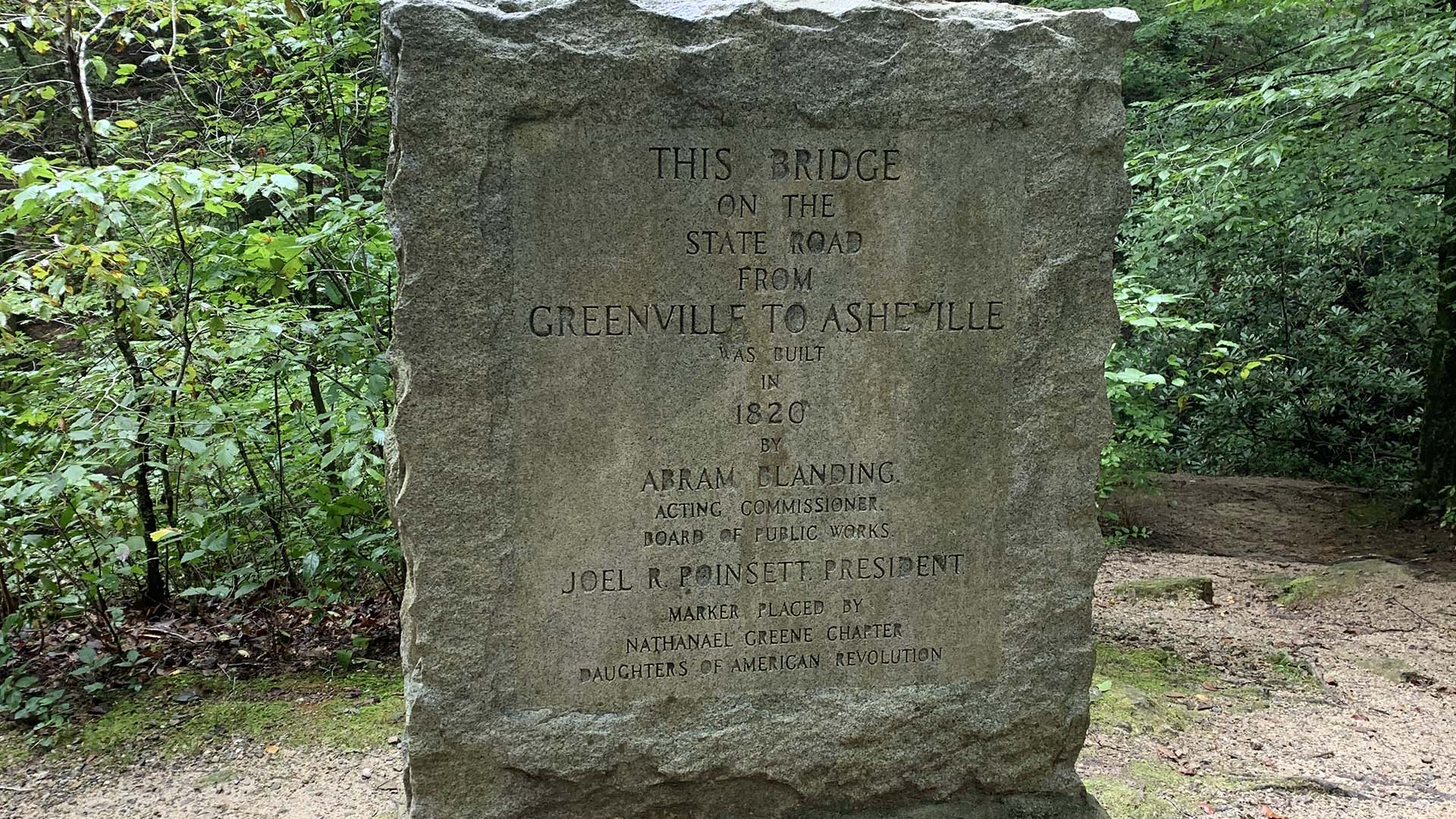 The bridge is named after early Greenville resident Joel Poinsett who served as U.S. Ambassador to Mexico and was the namesake of the Poinsettia plant.

The bridge and area around it have also become in recent years something of an attraction for paranormal groups investigating strange lights and sounds, Long said. But not all visitors come for the historic splendor of the bridge or even stories of inexplicable phenomena. Over the years there have been rare incidences of graffiti and other forms of vandalism, he said.

Long said the bridge is among the most impressive historic structures in the state’s heritage preserve system. He anticipates that, once the assessment is complete, a redesign of the steps up to the bridge might be done to more closely match the bridge and bring a little more harmony to the area around it.