Peter Moseley was born in the early 1870s amid Greenville’s (and the South’s) difficult period of Reconstruction. For an African American born a decade after emancipation, freedom was in place, but life continued to be difficult. While many Southern black families moved north, the Moseleys stayed. The only education available to Peter was Allen School, which opened in the 1860s. 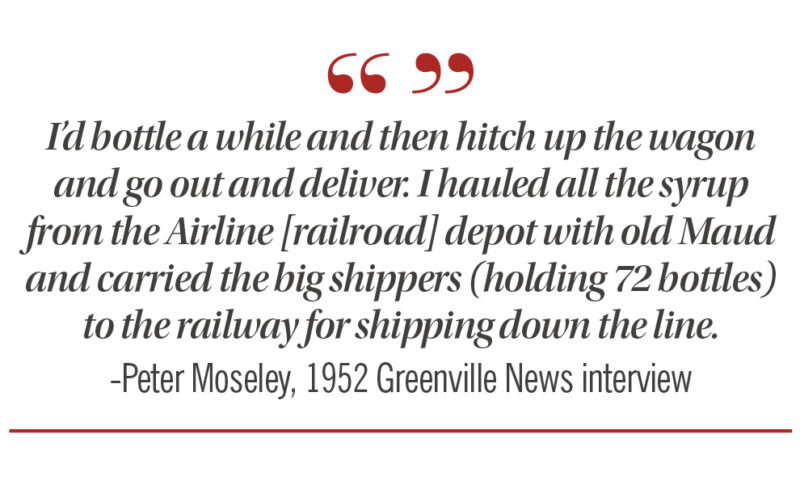 When Moseley was a teenager, John Pemberton invented the syrup for Coca-Cola in Atlanta, Georgia. By the 1890s it appeared in Greenville initially at the soda fountain at Carpenter Brothers Drug Store downtown, then soon others. It is difficult to know if Moseley was ever able to taste the drink, as the soda fountain counters only served whites. The popular drink made its locally bottled debut in 1902, and Moseley was hired as one of the original employees of the Coca-Cola Bottling Co. Not only was he responsible for bottling the first product here, but also delivered the first cases to the stores pulling a wagon with his horse, Maud. In a 1952 Greenville News interview, Moseley said, “I’d bottle a while and then hitch up the wagon and go out and deliver. I hauled all the syrup from the Airline [railroad] depot with old Maud and carried the big shippers (holding 72 bottles) to the railway for shipping down the line.” Horse-drawn delivery was replaced with cars in 1923, but Moseley continued to be the most faithful and longest-serving employee for five decades and through multiple moves of the factory. Those who knew and loved him at work and around town in the stores he delivered to called him “Uncle Peter.”

Upon moving to its 516 Buncombe St. location in 1930, Coca-Cola honored Moseley by gifting him a home next to the plant and later had a painted portrait of him made to hang in the office. His drive to serve the company that was so good to him kept him helping out and doing odd jobs around the property until his last days. As generations passed, he made sure to teach younger employees the tricks of the trade and pass along his wealth of knowledge.

Today as Greenvillians pass the familiar Sigal Music Museum building (the former Coca-Cola bottling plant) at Heritage Green, remember the inspirational and faithful example of Peter Moseley, who warmed the hearts of locals for half a century. 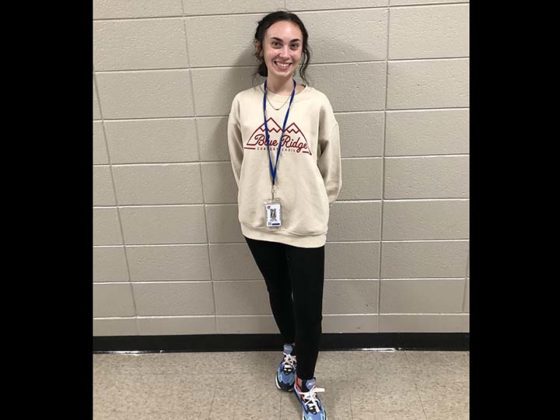