An intact, dugout canoe pulled from a remote section of the Chattooga River in Oconee County could be 200 years old or older, but so far the discovery poses more questions than answers.

According to Buzz Williams with the Chattooga Conservancy, the volunteer organization spearheading the recovery, the canoe found earlier in July this year bears a striking resemblance to one recovered from the river in 2004 that was carbon dated to around 1740.

It was initially spotted in fall of 2020 on Section III of the river by boaters who alerted the Chattooga Conservancy. Williams said recovery efforts were delayed until water levels dropped and weather improved. He added that when he surveyed the site of the find, the canoe was partially submerged and wedged between a rock and a tree near the Second Ledge rapids above Sandy Ford. 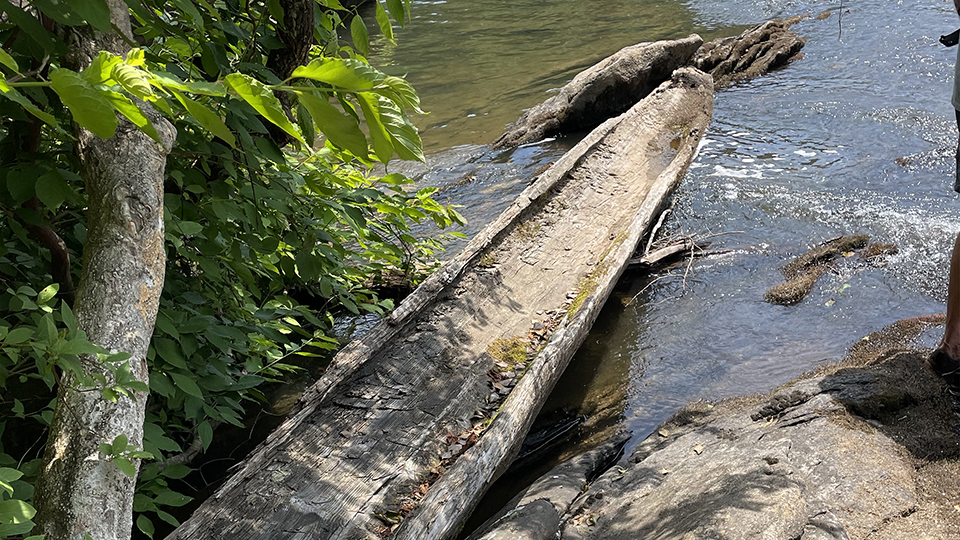 “The most fascinating thing about this is the mystery behind it,” Williams said. “We have a lot of discovery yet to do about this canoe.”

Williams said the conservancy needs the public’s financial support in underwriting the cost of carbon dating the canoe. Anyone interested can visit chattoogariver.org.

He said it’s uncertain who made it but the fact that it bears marks from an iron ax indicates it was built after Europeans entered the area. It could have been made by Native Americans in the region or by European settlers or traders. A wrought-iron nail found in one end of the boat compounds the mystery.

James Spirek, South Carolina’s underwater archeologist with the S.C. Institute for Archeology and Anthropology, said finding the canoe largely intact on a wild, untamed river like the Chattooga is exceedingly rare.

“From our perspective, mountain water craft are not readily found,” he said. “As a watercraft on a mountain river, it’s an important archeological find.” 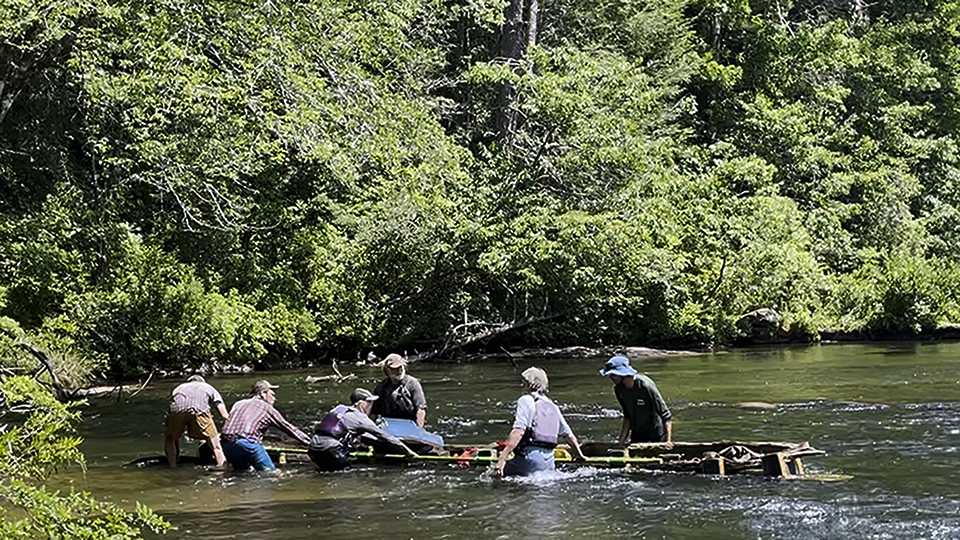 Since the canoe bears similarities to the one found in 2004, Spirek said he has informally dubbed it “Chattooga Canoe II.” At just over 32 feet in length, that earlier find is about 10 feet longer than the recent discovery.

Spirek said the canoe may have been used to ferry people from one side of the river to the other and was likely not made to traverse the Chattooga’s many rapids. It has a flat bottom and a rougher finish than the earlier, larger version found.

Williams and Spirek said the canoe is likely nowhere near where it was made or used and that it has also probably been tumbling down the river for years. Williams reckoned heavy rains and high water during the past two years likely dislodged it from somewhere upstream.

The canoe will be floated to the Georgia side of the river near Sandy Ford where access to a logging road will enable the canoe to be taken to the Chattooga Conservancy storage facility where the canoe will continue the drying process.

Spirek explained that the canoe has been claimed by the state under South Carolina’s Underwater Antiquities Act, but the Chattooga Conservancy will remain its custodian until negotiations are completed for a permanent location.

He added that although the site of the permanent location is not being disclosed because negotiations are ongoing, the Institute for Archeology and Anthropology has prioritized keeping it near the location it was discovered. 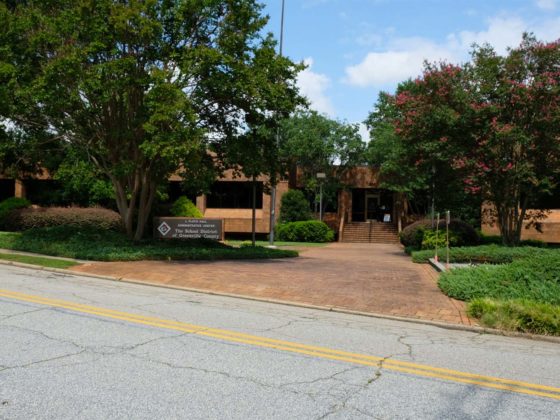 Greenville County Schools asks community how it should spend $163M 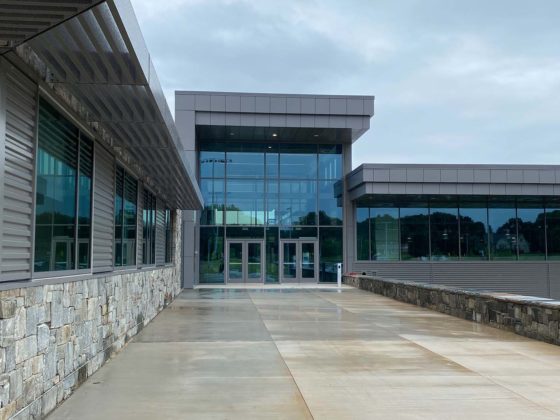