In a charged back-and-forth between Greenville County Schools board of trustees member Angie Mosley and Superintendent Burke Royster at a board meeting on Tuesday, March 9, questions emerged over how the administration will handle COVID-19 protocols going into the next school year.

Mosley said she was speaking on behalf of parents in her part of the district, which covers areas of Simpsonville and Mauldin. She said she wondered why colleges were going back to normal but the school district hasn’t made similar plans. “We have a lot of people that want to go back to normal,” she said.

Royster responded to Mosley’s questions by saying that the school district is still following the recommendations of health and medical experts.

“We do not have the information that would say to us, at this point, we can sit here today and say, ‘Everything will be exactly like it was in the fall of ’19.’ We’re not at that point yet,” he said.

He added that at a South Carolina superintendents’ meeting last week with the Department of Health and Environmental Control, the agency said that when those vaccinated against the coronavirus and those who have had the disease reaches around 80%, then the safeguards like mask wearing and plexiglass desk attachments can be removed.

DHEC also said that those protocols could be removed when the community spread reached a certain percent, according to Royster.

“The difference between us and a college is everybody at that university and that college is an adult,” Royster said. “There is a vaccine available to all of them.”

There is not a vaccination plan for children under the age of 16 as the currently authorized vaccines are recommended only for those over 16-18, depending on the vaccine.

“We’ve consistently throughout this entire process followed the medical public health advice, and that’s what we intend to continue to do,” Royster said.

Mosley then referred to articles on mental health issues in children due to the pandemic. She asked the superintendent what the endgame was.

“Our kids are being punished for this irrational fear narrative that we keep perpetuating,” Mosley said, adding that there could be a virtual option for those concerned with returning to the classroom.

“Right now for us to make a decision, contrary to what they’re saying, shows a blatant and willful disregard of the advice of medical and health professionals,” Royster said.

Before focus on Mosley’s questions about next year’s COVID-19 safeguards took center stage at the meeting, board members were provided a presentation of the Montessori school method as well as a breakdown of the district’s budget. 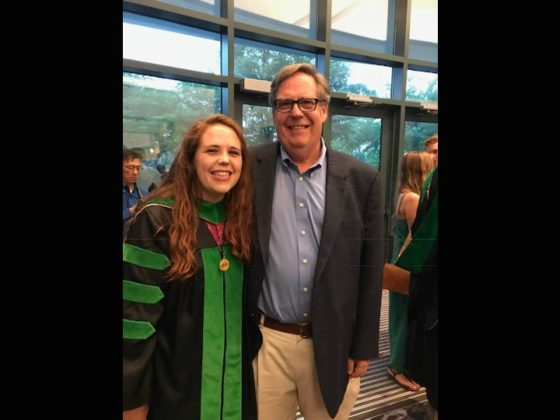