The elements of every presentation are perfectly in place. The logo, the lights, the brand. You’d expect no less from Greenville’s top ad man,  Joe Erwin. He’s built a 40-year career crafting impeccable messaging to push before the public. But place his name with the Community Foundation’s Visionary Leadership Award, and he falters. That silver tongue stutters, producing a stream of candid, true confessions. Each admission showcases the humble brilliance, unfaltering dedication, and engaging humor that have served Erwin, and in turn the community, so well.

“Bridge-builder,” “servant-leader,” “community champion”—just a few descriptors others use to describe the 63-year-old award recipient. But only one comes to his mind: unworthy. It’s as if Erwin has refrained from fact-checking his work.

Compiling a list of entities the executive has served requires a fresh legal pad. Pages fill with dozens of board, committee, and campaign posts, from the South Carolina Special Olympics to the local Chamber of Commerce, the Humane Society to Greenville Revitalization Corporation, Partnership for a Drug-Free America to the American Association of Advertising Agencies. Animals, food, literacy, children, education, sports, politics—his philanthropic interests are wide-ranging. Thousands have benefitted from his volunteer efforts, yet he feels unworthy of recognition.

“Wow, that’s absolutely nuts!” he admits to thinking when he first heard about the award. “I’m not sure I deserve this. I’m honored, I’m humbled, and I appreciate that they would choose to select me. They must have been short on names.” When he hears his name will forever be linked with those of former recipients Dick Riley and Virginia Uldrick, he almost tips over in his chair. “Oh, wow!” he exclaims with a hearty laugh. “That’s two-thirds of a trio with one link that’s not quite as strong as the others. I can carry their luggage.”

Confession #2: “Education is the one thing that can transform lives.” 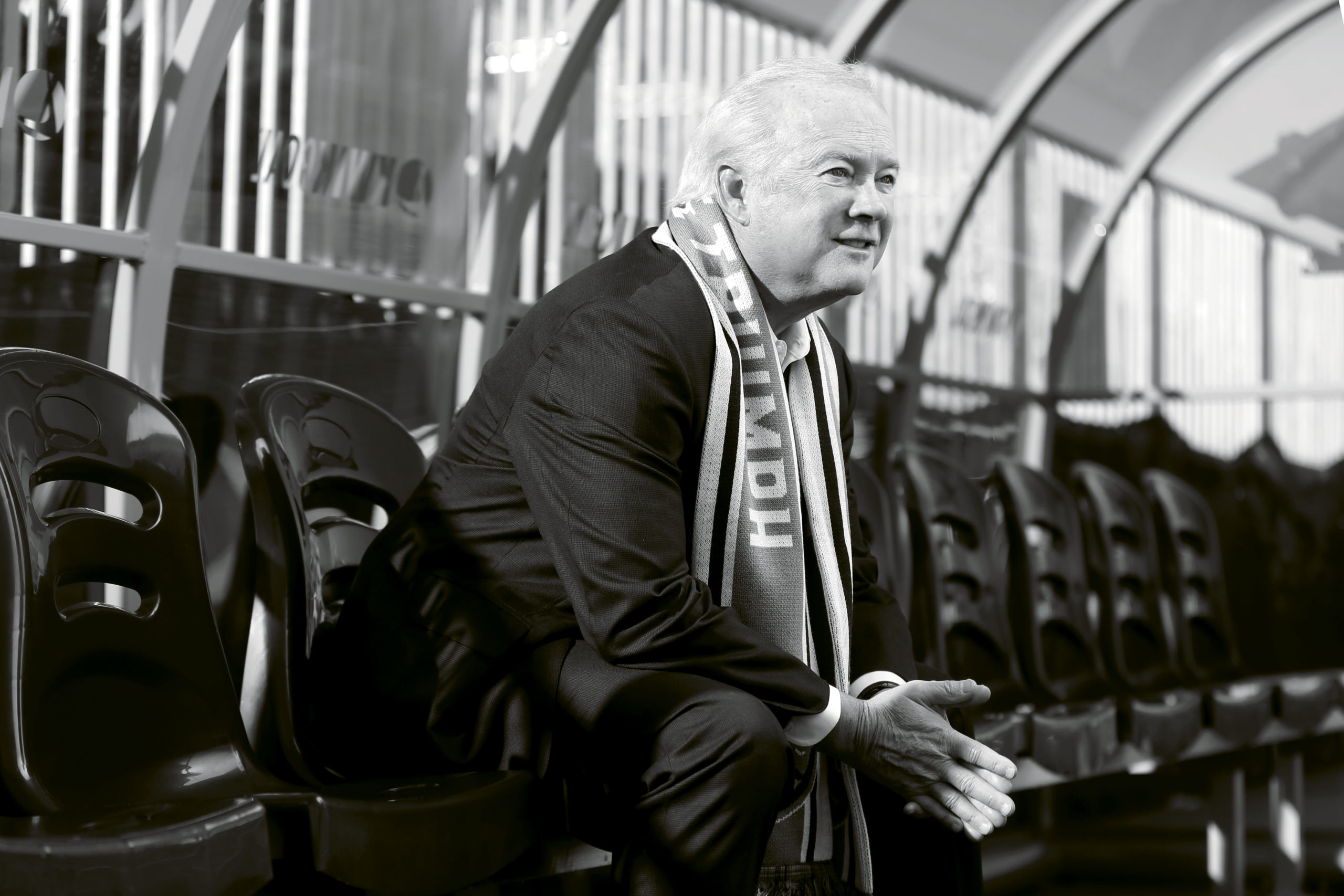 Roughly one-third of Erwin’s time is spent on philanthropy, with education ranking as his primary focal point. “It’s the one thing that can be transformative to the lives of people who were not born with a silver spoon,” he explains. “Those born into a challenging existence, who come from homes beneath the poverty line, or from broken homes. The fact is, if they are able to attain a quality education, they can overcome that adversity to do great things.”

Through the years, Erwin has co-chaired fundraising for the United Negro College Fund and served on the Governor’s Commission on Teacher Quality. One of Erwin’s favorite success stories is unfolding at Legacy Early College. “It’s not an accident our soccer team [Greenville Triumph] is playing at Legacy,” he reveals. “It’s a choice, and the mission is so compelling. Twenty years ago, the kids in that school had no chance. Maybe five percent, seven or eight percent would get a high school diploma. Now, you’ve got more like 90 percent of the kids coming out of Legacy getting their high school degree, and will go on to college educations. It just proves that this can be done.”

Some of Erwin’s highest profile support goes to his alma mater, Clemson University. The one-time Tiger cheerleader has served on the President’s Advisory Board, and the Rutland Institute for Ethics Advisory Board. Along with his wife, Gretchen, he donated more than $5 million, some of which established the Erwin Center for Brand Communications. Clemson president James Clements is quick to praise Erwin’s “enormous impact” on the university. “Joe is a loyal alumnus, a valuable advisor, and a visionary leader, whose commitment to his alma mater sets him apart from his peers,” the educator shares. “As generous as he is with his gifts, his contributions of time and experience are second to none.”

When it comes to politics, Erwin knows he’s a blue fish swimming in a red sea. It’s a lesson he learned early in life at Eastside High. “I remember going door-to-door for candidates before I was old enough to vote,” he reminisces. “I spent so much time working for others, going way back to Pug Ravenel.”

His fingerprints can be found on many Democratic victories, including Dick Riley’s and Jim Hodge’s runs for governor, as well as former president Barack Obama’s bid for the White House. Some of his most memorable work occurred chairing the State Democratic Party from 2003–2007, when he secured first-in-the-South primary status, and nationally televised debates for presidential candidates. He adds with a chuckle, “Somebody once asked me how it felt to chair the party, and I said, ‘A little like when you’ve just been named captain of the new ship Titanic. You don’t know what the mission is going to look like, and you might sink.’”

But he saw it as his duty. “We’re all better off when there’s a true, two-party strength in government,” he shares. “It’s a check-and-balance that keeps everybody grounded.” Erwin declined to serve a requested third term, as he wanted to throw all of his strength behind specific candidates, including Obama. While politics gave him platforms for business and philanthropic work, he feels that chapter has now ended. “I could carve some time out for it, but it’s not my choice anymore,” he states with clarity. “I don’t want to be known as ‘Demo Joe.’ I want to be known as Joe Erwin, somebody who cares enough to say, ‘Yeah, I’m a Democrat, and I worked in the world of the Democrat, but that doesn’t define who I am.”

Confession #4: “Retirement? I don’t know what the hell that’s about.”

When it comes to professional work, the only question is what the job will be, as Erwin will not stop. “You know that gearing back?” he asks. “I don’t know what the hell that’s about. I have no interest in gearing back. Never have. Never will.” After 29 years, he stepped away from his namesake ad agency, Erwin Penland, to pilot Endeavor, a collaborative workspace for creative professionals. “It was time to find another season, another path to do something else that mattered, and could create joy for others,” he says. “I’m working harder, have more on my plate, and I’m probably having more fun than I ever have in my life.”

One reason could be those people with whom he surrounds himself. “I don’t have time to be around negative thinkers. We want to be around positive people, who want to do positive things, ’cause as long as you’re that type of person, you can be a part of one of my companies.” Those companies include Erwin Creates, with initiatives Endeavor, Greenville Triumph, and Lakeside Lodge.

Every organization needs a cheerleader, a manager, a head coach, and a visionary. Few have one person who can serve all of those roles concurrently. Joe has successfully done this throughout his career.”

Confession #5: “The Erwins are not the Gates.”

Not many years ago, Erwin was sitting in an executive committee meeting for the Peace Center for the Performing Arts, when he heard Aerabella was on loan, and would soon return to the artist who created her. The 13-foot-tall beauty spins above all in the lobby, a 1,000-LED beacon to those who pass by. The Erwins paid for her to stay. “It’s hard to imagine now what the corner of Main and Broad looked like before she took flight,” shares Megan Riegel, president and CEO of the Peace Center. “Joe and Gretchen’s very generous gift means she’ll be enjoyed by Greenville residents and visitors for years to come.”

“We are proponents for the arts,” he explains. “And it’s not just seeing the arts performed. It’s how do the arts make you feel? How do paintings make you feel? And sculpture? And that sculpture? Oh, my God. I find it to be breathtaking. I really do.”

He pauses for a moment, then clarifies. “Look, the Erwins are not the Gates. Let me be very clear. We don’t think we’re solving the problems of the world. But I remind myself, and my young friends, and all kinds of friends, all of us can change the world, by changing the life of a single person. A single family. So, why not try for that? And today say, ‘I changed the world.’”

Confession #6: “I don’t have time to think about a legacy.”

Young heads pop above stylized cubicles, as Erwin walks through Endeavor. The next generation yearns to soak up all it can from the master communicator. He admits to getting preachy. “There are folks in life who are takers,” he says. “They’ll come in, start a company, and make a lot of money. That’s great, but it’s not a scorecard. That doesn’t speak to how successful you are.” He delivers a message of giving. “If you’re lucky enough to do well, and don’t give back, you’re a jerk. It’s just that simple. Find a way to give. And when you do, you’re going to feel a lot better counting that money at night, or whatever measurement you use.”

His legacy of giving, through time, money, and action, is already taking shape, but he doesn’t want to hear it. “I don’t care,” he asserts without hesitation. “That’s too daunting. I don’t want to put pressure on myself. I just do what I do. I’m going to try to always, or at least 95 percent of the time, do the right thing. I’m not perfect, but I want to keep doing the right thing, and I want to do some things that matter.”

And that, certainly, makes him worthy. 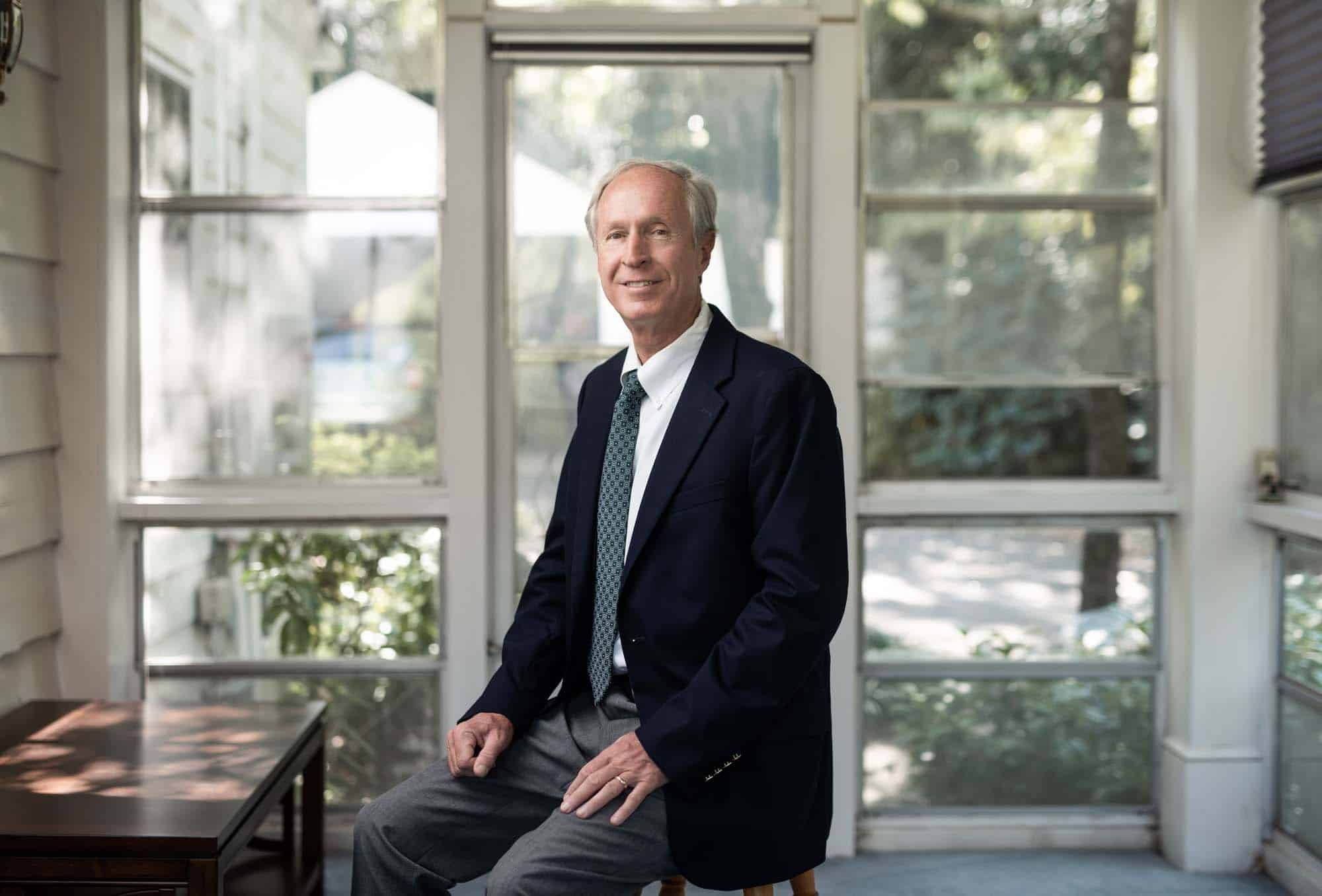 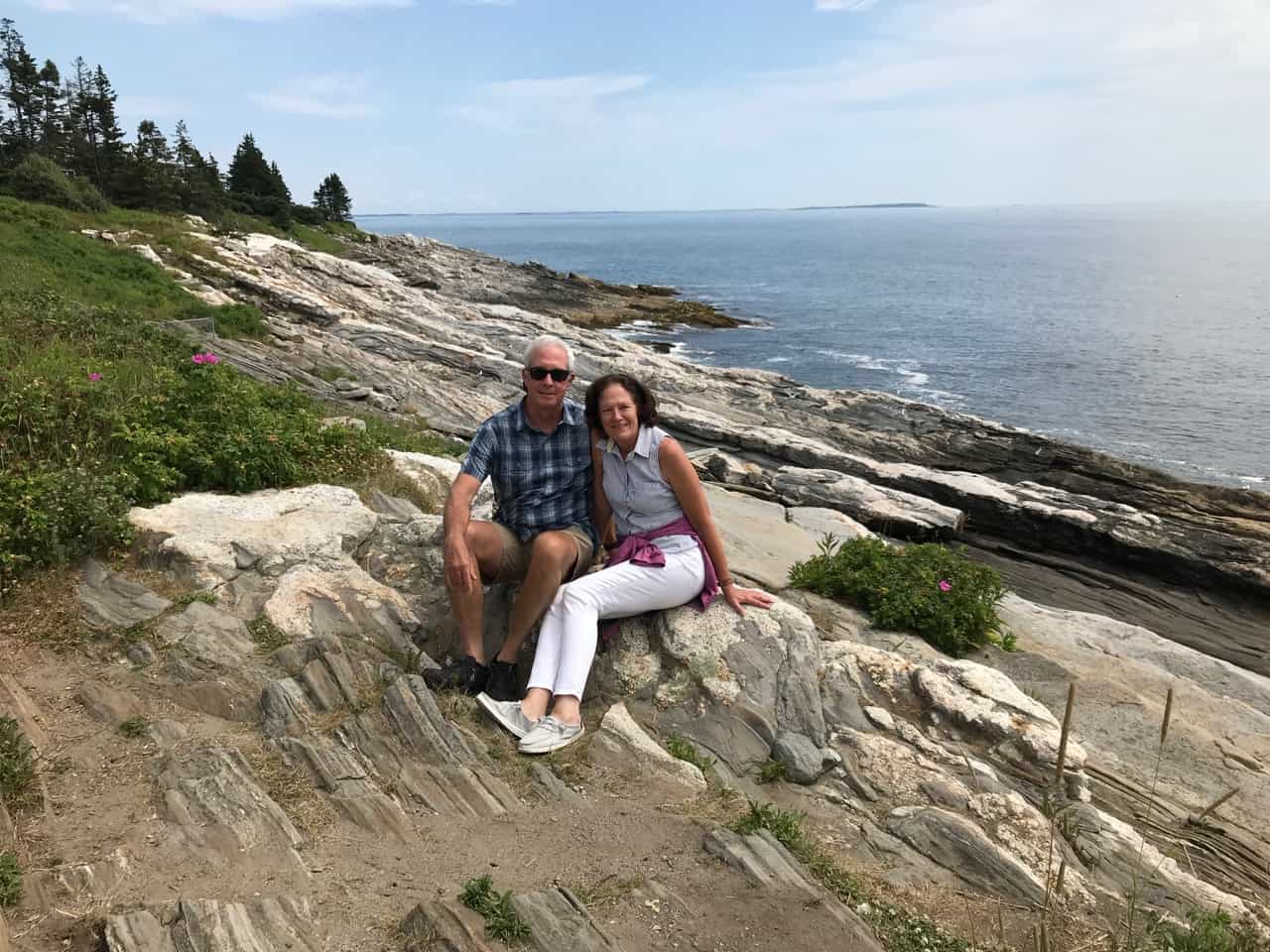