Updated on Monday, April 27, 2020 to add information on the notice of appeal filed by the School District of Greenville County.

Greenville County Schools received an order from the U.S. District Court of South Carolina on April 14 to pay more than $456,000 in attorney’s fees and other expenses to the American Humanist Association.

The court’s 11-page ruling in the ongoing legal matter involving student-initiated religious speech conceded that the AHA was the technical prevailing party, but they did not award the full fee amount.

“Throughout this case, the School District has argued that students, like other citizens, have the right to free speech, including that of a religious nature,” said Greenville County Schools in a statement.

While the AHA was awarded fee repayment, the court upheld Greenville County Schools’ position on protecting student speech and supported its belief to remain neutral to religion while allowing students to speak from a religious or secular perspective at graduation.

“The school district will discuss the path forward with the insurance carrier covering the defense of this case but anticipates appealing both the fee award and the decision upon which it was based to the 4th Circuit Court of Appeals,” said the statement.

The School District of Greenville County filed its notice of appeal last week. In a statement on Friday, April 24, the district said that it continued to defend students’ right to free speech and for them to “decide whether to pray or speak from a religious perspective” at school events.

“While it also respects the District Court, the Board of Trustees believes that the Court’s ruling was not supported by the applicable law and facts of the case,” said the board chair Lynda Leventis-Wells.

“The GCS Board of Trustees renews and emphasizes its support for the School District to challenge and appeal the injunction, including components of the injunction that will ultimately require the School District to take a position that it believes is hostile to religion and free expression, as well as the award of attorney’s fees to the American Humanist Association,” Leventis-Wells said. 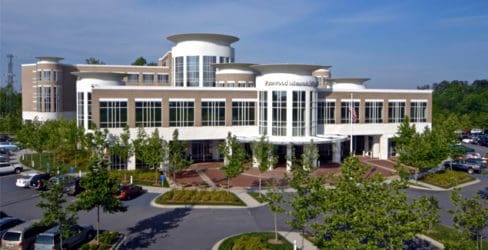