Jerome J. Richardson, founding owner of the Carolina Panthers and a Wofford College alumnus, has given $150 million to the school’s endowment.

Including this gift, Richardson has contributed more than $262.6 million to Wofford.

“Mr. Richardson’s loyalty to Wofford College and his commitment to the student experience have been a constant since he came to Spartanburg from Fayetteville, North Carolina, on a modest football scholarship in 1954,” said Wofford President Nayef Samhat. “After he graduated, he gave even when he had very little to give, and throughout his life’s journey, he has remembered his alma mater without fail. This gift is Mr. Richardson once again changing the game for Wofford College students, and we are forever grateful for his love of our college and the countless ways this gift will impact our students, our community and ultimately our world.”

The endowment gift will focus the following areas:

“These endowed funds will play a crucial role in making a Wofford education affordable and accessible for generations of students while helping the college to extend its support and appreciation for staff members who contribute to the Wofford experience,” Samhat said. “Every member of our community will benefit in some way from this gift. Wofford College has a reputation for supporting student success. Since the college was founded in 1854, faculty and staff have used the resources available to them to mentor, advise and inspire students such as Jerry Richardson. Now, because of Mr. Richardson, the full Wofford College experience will be available to even more students, especially those impeded by financial barriers.”

In addition, the Richardsons’ other philanthropic focus at the college has been the Richardson Family Scholarship, which provides a full four-year scholarship to one student in each class. The scholarship includes books, a laptop, paid internships and a monthlong study abroad experience. 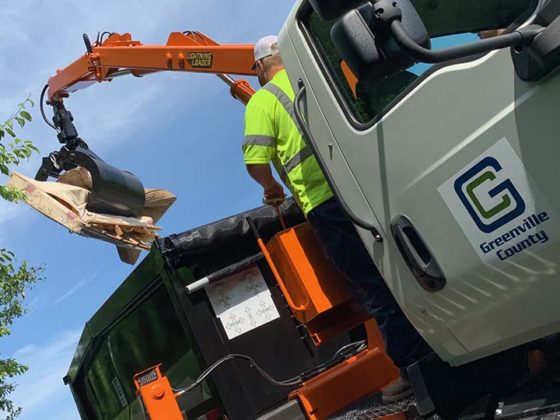 Can Greenville get the rubber off the roadside?