Researchers across the country, led by Clemson professor Eric Johnson, are examining how to control a property of light that could lead to innovations in communicating and gathering data.

Johnson, the PalmettoNet Endowed Chair in Optoelectronics at Clemson University, and his team of researchers from five other universities received a $7.5 million grant to fund the project through the Office of Naval Research’s Multidisciplinary University Research Initiative.

The team is studying orbital angular momentum, which is a way of forcing light to twist or spin in certain directions, according to a statement from Clemson. This allows light to reverse course from clockwise to counterclockwise as it moves.

The twists and the spins could then move molecules — water molecules that make fog or particles mudding water, for example. The university also said researchers are studying if these twists could cut through thermal turbulence, which is what you see as waves on a hot day rising from the pavement.

An example of using this spinning light would be using light from a satellite to read water temperatures in the ocean, according to the university.

“First of all, we have to understand what’s happening at the fundamental level,” Johnson said. “It’s as if we have these knobs to control that we never had before, and we want to know what we can do with them. We don’t understand them well enough to say what the limitations might be or how we can further exploit the possibilities.” 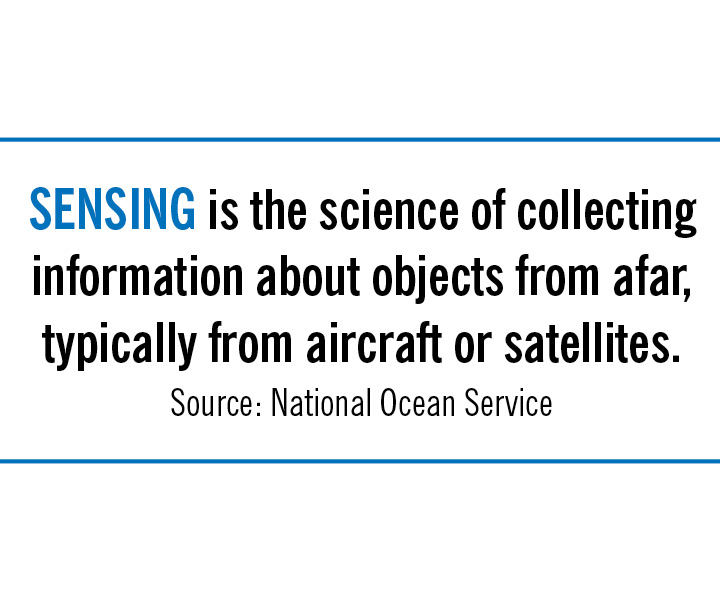 Johnson and the Clemson research team have been using a 20-meter tunnel at the university’s Duke Energy Innovation Center in Anderson to study how to twist the light. The tunnel was designed by Joe Watkins, general engineering director and mechanical engineering professor at Clemson. Watkins previously studied directed energy while a captain in the Navy. Clemson’s team also uses a Micro Fabrication Facility in Anderson that features optical components that allow for the light’s spin to be controlled.

“It sounds simple to spin the light in one direction and then spin it in another direction in a controlled fashion,” said Johnson. “But the ability to do that takes a different technology in terms of how the optical components are made themselves. It’s the capabilities that we have that enable us to look at this functionality.”