The new winery and restaurant Urban Wren, tucked in the back of Markley Station in downtown Greenville, was open for just 8 days before lockdown measures from COVID-19 forced the team to close its dining room.

Those few months of stasis mean that Urban Wren, which reopened Mother’s Day weekend, has only recently been open for as long as it had been closed.

“When things shut down, it was a unique opportunity in that everybody had hit the pause button,” said advanced sommelier Eric Cooperman, Urban Wren’s wine director and general manager. “When you open a restaurant, you’re pretty much reacting to everything for the first six months. We thought, ‘Here’s our chance to plan rather than just react.’”

The restaurant remained open for a few weeks selling takeout items, the majority of which were bottles of wine sold at reduced cost, but its owners decided to close entirely in order to rethink how to proceed.

“We saw it as another chance to do a grand opening,” said Nick Lincoln, executive director of Urban Wren.

Now that the team’s calendar had suddenly opened up, Cooperman realized it was a chance to do something he’d always wanted to do but had never had the time.

“We can take the deepest, most intense dive into wine possible, and we can do it all from our homes,” Cooperman said. 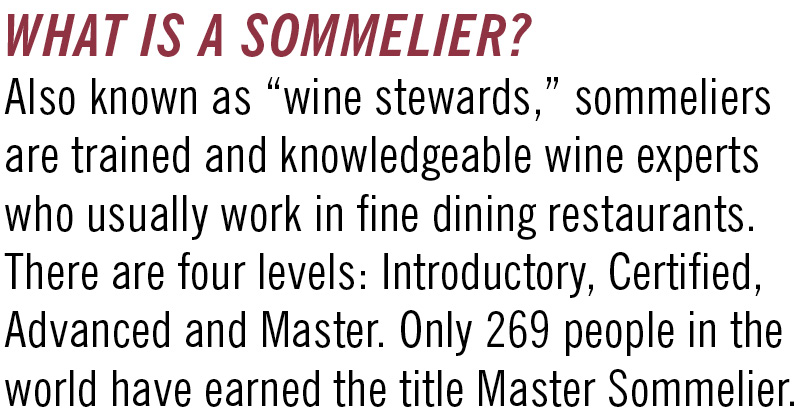 So began a strange experiment in remote learning for the whole team at Urban Wren, an enthusiastic crash course into the world of wine — and by world, Cooperman literally meant the world itself.

“For hours we sat over Zoom, going through every region in the world,” he said. “Everyone had wine at home; we were taking notes, diving into this grand tour.”

It wasn’t just the front of the house who participated; the back of the house did as well, and now six members of the Urban Wren team are in the process of becoming certified sommeliers.

“Life pretty much stands still when you’re going through the process of learning and tasting,” Cooperman said. “All your free time is spent with your nose either in books or in a glass, tasting constantly. In that sense, that pause really was the perfect time to do this.”

Despite the shutdown putting a hold on more than two years of preparation for opening Urban Wren, both Cooperman and Lincoln see the restaurant as better off for the challenge. Bolstered by the success of the wine crash course for the team, the restaurant has expanded its focus in education to offer master classes in the upstairs dining area for its patrons, covering topics as varied as pasta-making and Oregon wine production.

“We’re passionate people,” Lincoln said. “And what we learned through all of this is, when you share all of the fun things that you love and what drives your passion, people really dig that.”

As for his homework during the shutdown being centered around constantly drinking and talking about wine, Cooperman had no complaints.

“Sometimes I just love this business so much,” he said.