“Bars are dying in South Carolina.”

That stark assessment from Jeni Blyth, mixologist at Luna Rosa Gelato Cafe and Restaurant in downtown Greenville, is hardly unique among her peers in the bar and restaurant industry.

Blyth said she is in touch with multiple bartenders and mixologists through her peer group, both directly and through social media, and “all of them are hurting bad,” she said.

Some have seen sales slashed in half; others have been hit even harder. That financial strain was only exacerbated earlier this month when Gov. Henry McMaster placed an additional layer of restriction over bars’ hours of operation. McMaster halted the late-night sale of alcohol at bars and restaurants statewide on July 13, forcing the 8,000 bars and restaurants across the state licensed to sell alcohol to stop sales at 11 p.m. each night.

The rationale for the late-night restrictions, according to McMaster, was to specifically target the younger population of partyers in their 20s and 30s, who are at lower risk of getting seriously ill from the virus but are still just as capable spreaders.

We know that young adults who are rapidly contracting the virus and spreading it into our communities frequently congregate in late-night atmospheres which simply are not conducive to stopping its continued transmission.

“We are saying emphatically, it’s time for our younger adults to behave like mature adults,” McMaster said in a press conference announcing the restrictions.

But local bar owners in Greenville and Spartanburg have questioned the efficacy of the late-night closures, according to Blyth. They cite McMaster’s inability to offer any direct evidence linking late-night alcohol sales to increased virus spread compared to sales earlier in the evening or during the day on weekends. The perceived inconsistency in the state-led initiatives have also raised concerns that any possible future lockdowns or restrictions will be reactive and rushed. 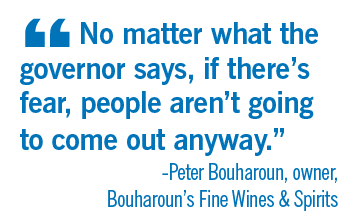 This all comes as COVID-19 cases in the state reached an all-time high in the middle of July, with 1,856 cases a day. For comparison, the state was seeing about 200 new cases a day in early April when lockdown measures for nonessential businesses were first put in place, a spike of nearly 1000%.

But some in the service industry see those figures not as justification to restore lockdown measures, but rather as an indication that those measures were put in place too early, leading to irreparable harm to vulnerable businesses that could have been avoided.

“New York was bad then, but here? It was too rushed,” said Peter Bouharoun, owner of Bouharoun’s Fine Wines & Spirits, which supplies alcohol for retail as well as directly to bars and restaurants. “These restaurants and bars missed Mother’s Day, Cinco De Mayo, Easter, Memorial Day — those holidays would have had a huge impact on helping them get through this.”

While Bouharoun’s own sales have been hit by the restaurant closures, a boost in retail sales has allowed his business to survive relatively unscathed. He said that is far from the case for other business owners. From his own talks with restaurant and bar owners, he predicts that within the next six months a rush of closures will hit Greenville, as businesses are unable to continue operations with sales slashed.

“No matter what the governor says, if there’s fear, people aren’t going to come out anyway,” he said. “I just think they need to have a plan for these bars and stick to it. All the uncertainty from the top is only making it worse.” 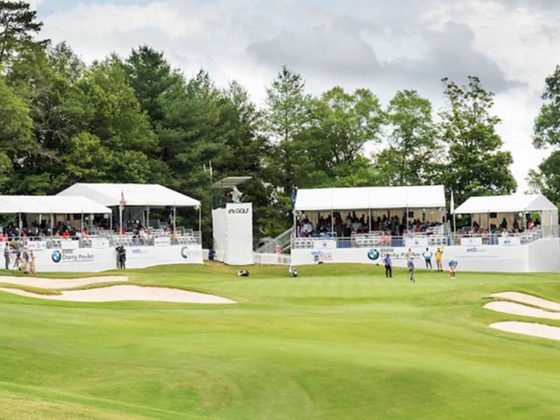 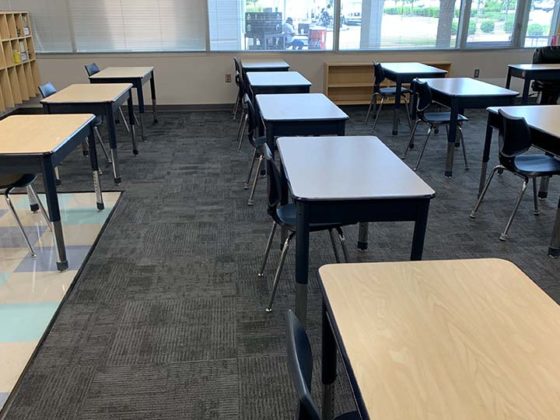 Letter to the editor: District leadership, not state, should decide when schools reopen