On a recent Sunday night, strangers and friends gathered at Henry and Eva Vega’s Greer home for dinner.

The guests totaled nine adults and eight children who ranged in age from 1 to 9. From all outward appearances, it could’ve been a lively evening that resulted in over-tired kids and frazzled parents. But this wasn’t a typical potluck dinner party during which parents would inevitably chase their little ones around while attempting to enjoy a few bites of food interspersed with an actual adult conversation.

This dinner had a distinct purpose: to give families with children with special needs a nice, restaurant-quality meal. The by-donation, four-course dinner was called Una Noche de Chocolate.

And the Vegas, both trained chefs who graduated from Culinary Institute of the Carolinas, had hired two in-house babysitters who are also certified occupational therapists. In other words, the children would be in capable hands while the adults enjoyed a rare childfree dining experience. It’s a rare occurrence that Eva and Henry Vega know all too well. In fact, they’ve experienced the challenges of raising a special-needs child for four years.

‘We want to make it easier’

The Vegas have two children: a 2-year-old girl, Liana Alexi, and a 6-year-old boy, Henry Alexander. Their son goes by Alex, and he was diagnosed with moderate to severe autism spectrum disorder at age 2.

According to the National Institute of Mental Health, autism spectrum disorder (ASD) is the name for a group of developmental disorders that includes a wide range of symptoms, skills, and levels of disability which can include ongoing difficulty communicating and interacting with others, and repetitive behaviors, as well as limited interests or activities. More than 200,000 U.S. cases are diagnosed each year.

This special Night of Chocolate dinner was the first monthly pop-up-style evening the Vegas plan to host, each with a specific theme. The pop-up is a precursor to the full-service restaurant they hope to open called Thyme and Play. The restaurant will cater specifically to those with special needs, while offering a locally sourced menu.

“We want to create a world away from South Carolina for just one night in a safe environment,” Eva says. “People enjoy coming together for food. We want to make it easier for families like ours.”

Dinner was served on the romantically lit back patio while the children remained indoors.

At the end of the evening, Eva took short testimonial videos of the participants and later posted them on thymeandplay.com.

In their clip, guests Crystal and Dustin Mills agreed the dinner was a success.

“The ambiance was perfect. Everything from start to finish was absolutely fantastic,” Dustin says.

“It was nice to actually sit and have a conversation and not have kids, and the bonus was the food was delicious,” Crystal says.

“We really loved the fact that our kids are in a safe environment playing, and we got to have a wonderful meal together, and the food was fantastic,” Todd says.

“You don’t think it was too much chocolate?” Eva asked.

“No!” Todd and Leah interjected in unison.

“You can never have too much chocolate,” Todd says. “It’s like bacon.”

Born out of necessity

He also rarely expressed excitement of any kind. At the time, Eva didn’t recognize her son’s constant calmness as anything other than a blessing.

However, sometime after Alex turned two, Eva started to notice that these traits were atypical for a young child and began to wonder what they meant. She had an idea.

Eva has several young relatives who have been diagnosed with neurological and physical disabilities. One of their therapists approached Eva one day while the children were playing and asked if she’d ever considered Alex might have autism. He was shortly diagnosed with ASD.

Eva and Henry dealt with the news very differently.

“I went into fix-it mode with the hope of curing him,” Eva says. “For my husband, it was a punch to the gut. His dreams of having a baseball player were shattered.”

As a result, their relationship suffered.

“We lost each other,” Eva says. “It was heart-wrenching. We had to ask ourselves, ‘Are we going to do this together, or are we going to separate?’ Nobody copes the same way.”

As they worked through the various challenges of raising a child with autism, they noticed their needs didn’t fall in line with societal norms or expectations.

“We found we were compromising a lot,” Eva says. “We’d go to a nice restaurant and have to wait for a table. Meanwhile, our son is getting agitated. Any place where he was welcome had only frozen chicken nuggets and French fries as options. Our son doesn’t eat that. We’ve had waiters ask us to leave because other guests were uncomfortable by our son’s behavior, the sounds he made. People would get upset. We didn’t want to be ashamed of him.”

The Vegas are uniquely equipped for this venture that is equal parts business, culinary, and community advocacy.

Both Eva and Henry are disabled Navy veterans with lifelong experience in food service.

Originally from the Dominican Republic but growing up in the Bronx, Henry was in charge of culinary operations on an aircraft carrier, managing hundreds of meals per day. Eva, who moved to Honea Path from Florida when she was very young, was raised in a family that appreciated good food and home cooking. Her mother, Magali Rivera, who is assisting the Vegas with establishing Thyme and Play as a nonprofit, attended culinary school.

“It was part of our everyday life,” Eva says.

After moving from where the Vegas were stationed in Japan to Greenville in 2012, Henry worked in Rick Erwin’s kitchen, became a chef for a nonprofit, and now assists in Greenville Tech’s culinary institute.

Henry completed programs through Entrepreneurship Bootcamp for Veterans with Disabilities to further prepare him for the business of owning a restaurant.

Additionally, the Vegas’ travels allowed them to experience different cultures and cooking techniques they know many families aren’t able to firsthand. They hope to use what they learned to provide a multicultural dining experience for their guests.

Many families in the Vegas’ situation would’ve bolstered their support system and focused on their own coping strategies and success. And no one would have faulted them. But instead, Eva used their challenges as the impetus to help other families facing similar difficulties.

Eva empathized with parents who weren’t ever able to leave their children with a babysitter because of their specific needs and who also wanted their children to be accepted by society when they all ventured out together. Henry had always dreamed of starting a restaurant.

“I advocate for all other kids, not just my own,” Eva says.

The result was the Thyme and Play concept, officially announced a year ago, which Eva hopes will be located in Greer because of the number of special-needs organizations nearby. She is currently applying for grants to help with the funding.

The dining area will be sensory-inclusive and equipped with such features as soundproof booths, belted seats, adaptive seating and table heights for wheel chairs, and handicapped-accessible restrooms. Servers will be trained to be attentive to and aware of customers’ individual needs. The menu will be locally sourced.

Until they find a permanent location, the Vegas will continue to host by-donation monthly dinners in their home. They’ve also secured the use of Imagine Kitchen, a commercial kitchen for rent on The Parkway in Greer, two to three times a month as a pop-up restaurant.

And all families are welcome at Thyme and Play events, whether the members have disabilities or not.

“The world should be more accommodating by now, but it’s not,” Eva says. “In the end, we’re building a better tomorrow.”

For more information and to view upcoming events, visit thymeandplay.com. 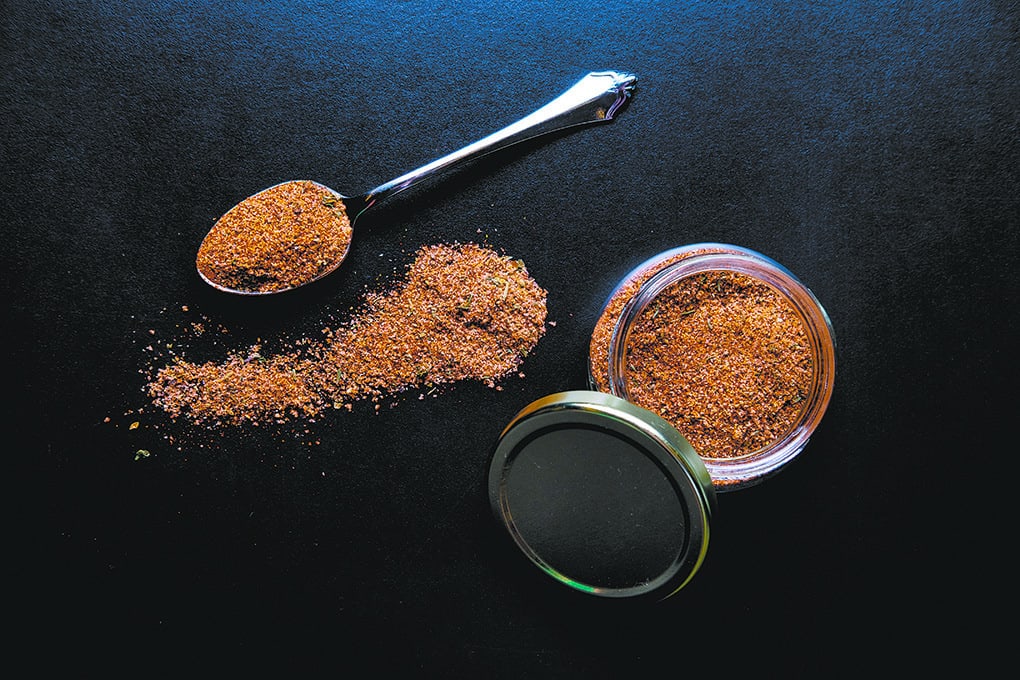 Out of the Bland and Into the Black 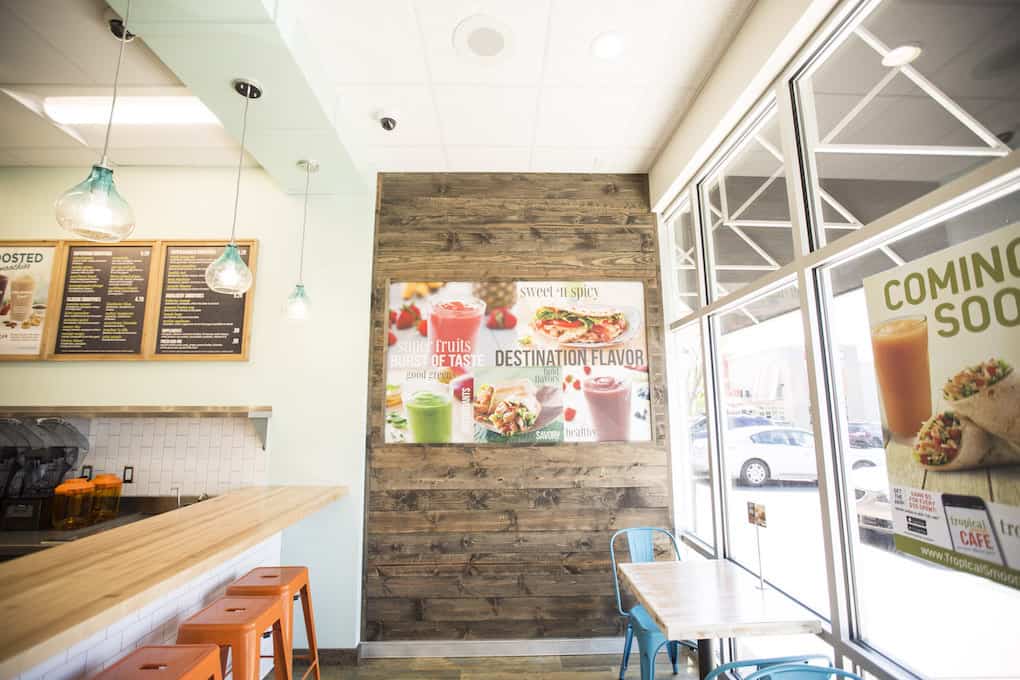