Five years of dreaming, four years of planning, three years of tenant shuffling, two years of construction, and now, The Commons food hall is less than one month away from opening.

The actual target opening date for the 12,000-square-foot food hall at 147 Welborn St. is  Nov. 11, but the way these big projects often go, nothing is definite until the doors actually open.

The restaurant component of The Commons, since it was first announced four years ago for former warehouse space that will sit squarely in the center of the future Unity Park, has gone through multiple variations before this final version that those involved believe reflect the relationship Greenville’s restaurant community has built.

Some of the original tenant lineup was based on local agriculture nonprofit Feed & Seed’s involvement — Bacon Bros. Public House was going to run a butcher shop and diner as the main restaurant anchor; Due South Coffee Roasters, before it moved from Taylors Mill to nearby Hampton Station, would open its second location; various other interested tenants proposed restaurants. Yet Community Tap’s second location and Bake Room are the only two original tenants that have remained.

Feed & Seed ultimately had to bow out of the project, as did Bacon Bros. and Due South. The additional new tenants announced earlier this year joining The Community Tap Trailside and Bake Room are Automatic Taco’s first brick-and-mortar, the new Golden Brown & Delicious location that will leave its current space in the Village of West Greenville open to a new concept by the same ownership, and Methodical Coffee’s third location and new roasting operation.

Surrounding a central common area, each restaurant has its own dedicated space representing its distinct personality. GB&D and Automatic Taco flank the entrance on either side. On the left, past GB&D is the Bake Room counter and Methodical’s counter, kitchen, and roasting facility. On the right, a private event space sits between Automatic Taco and the Tap’s bar and retail area.

This final group of locally grown small-business owners have been supporters of each other’s businesses long before they came together in The Commons, and during their regular tenant meetings, they have worked to create a symbiotic relationship that represents that.

“We have tried to cover every detail imaginable so that we all succeed as a group from day one,” says Wade Taylor, Bake Room owner and baker. “Anna [Okupinski] from the Community Tap has done an awesome job of coordinating the meetings, and we will all be better for it.”

How they have all been connected through the years could look like a conspiracy theorist’s web.

Taylor, who has been based in the Village of West Greenville and has been a constant presence at local farmers markets for years, shared his connections to the group.

“Methodical was one of my first wholesale accounts,” he says. “They were a customer for several years until they started their own food program. Having our products in their shop really gave the bakery a boost as we were still relatively unknown at the time. I met Alex (GB&D) shortly after that and have been selling him bread since they opened. It has been cool to see how much GB&D has progressed over the years, and I hope that we can further our relationship as neighbors at The Commons. I didn’t know the Tap or Auto team personally before I got involved with the Commons, but I have frequented their businesses for years.”

Marco Suarez, co-owner of Methodical Coffee, and personal supporter of all of the involved businesses, says the history between all of the people behind the businesses has made a difference.

“Knowing who was going to be involved and if they would be aligned with our view of hospitality was important,” he says. “Good fences make good neighbors, but in a food hall there’s not a whole lot of fences, so you need to make sure you’re aligned with the other businesses. When we heard who all was involved, it was a resounding yes! Not only were we fans of these businesses, we were fans of the people and knew not only would our businesses be complementary, we would really enjoy working together with them.”

Chrissy and Nick Thomas, owners of Automatic Taco food truck, have been looking for a brick-and-mortar location for at least three years. They looked at multiple locations around the Greenville area, but settled on The Commons because of the relationships built through the years.

“When Automatic Taco food truck first hit the road in 2015 we had a very loose understanding of how supportive Greenville can be to fledgling businesses,” Chrissy Thomas says. “This was manifested in our first shift at Community Tap where masses of people actually showed up, and we could not get the food out fast enough. … We did not anticipate that kind of support in the very beginning, but we learned very early that when our weekly shift came up at Community Tap, we needed to be prepared. Since then, it has been a truly synergistic relationship that has been very steady in a very unsteady industry.”

For the Community Tap, whose co-owners Mike and Anna Okupinski and Ed Buffington are minority owners in The Commons property, this second location gives them a chance to polish an already successful model. The space itself reflects that with more streamlined finishes and a larger bar and seating area, roll-up doors to create a screened indoor/outdoor feel, and adding DHEC certification to the new location allows for the addition of more food options.

GB&D chef and co-owner Alex George is moving his popular Village of West Greenville restaurant to The Commons to reclaim the community atmosphere the restaurant lost when the Village Grind coffee shop needed to expand and moved from an adjoining space to a new location across Pendleton Street. George has since opened a full bar, Bar Mars, in the former coffee shop space.

GB&D’s move also allows him to create a dynamic restaurant with a six-seat chef’s counter offering that isn’t available anywhere else in Greenville. George, personally, will ask guests at the counter about their culinary tastes and memories and create a menu on the spot for them in the completely open kitchen for a fully interactive dining experience.

Two kitchens will be housed behind the bar — one for the main restaurant and another that will serve a walk-up window facing the common area. Aside from the bar seats, all other seating inside GB&D will be at large community tables.

GB&D will be the last restaurant to open, likely in December, as construction is completed, but the other restaurants should open in November. Buffington says the plan is to be open seven days a week, with some hours to be determined based on demand and to allow for the full restaurants to have a day off, but not on the same day. Regardless, they are all working together to support the needs of the whole.

“Although we are separate entities, all of The Commons tenants are very much aware that we are all parts in a greater whole,” Chrissy Thomas says. “We also have the opportunity at The Commons to be the only development that has only Greenville-made businesses that are not retreads of other cities looking to capitalize on the city’s fast growth. That idea alone puts the onus on us to turn The Commons into a truly extraordinary destination.” 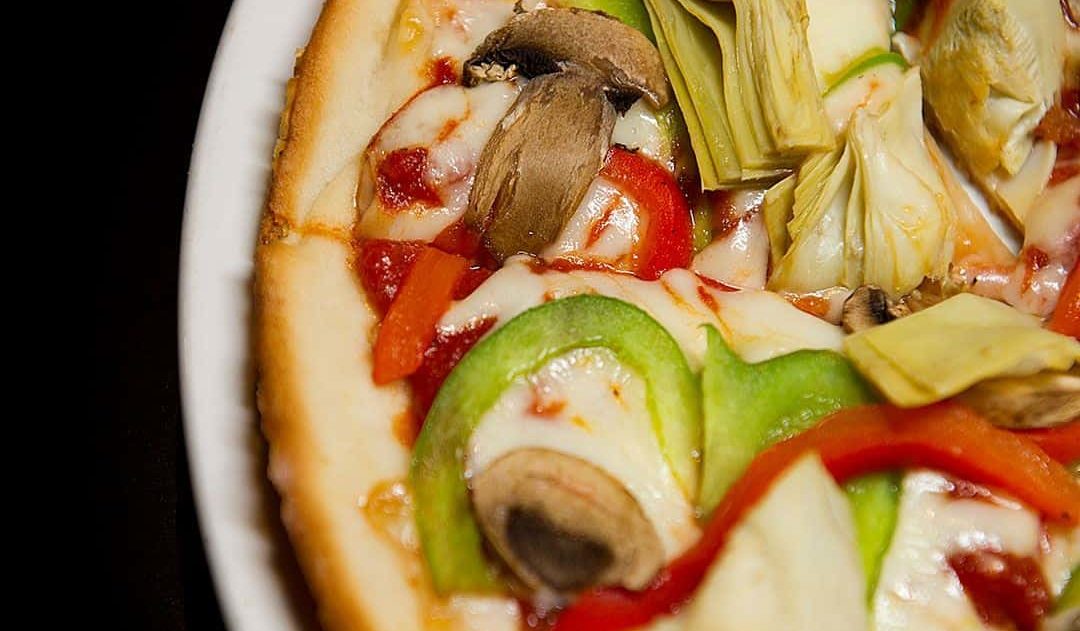 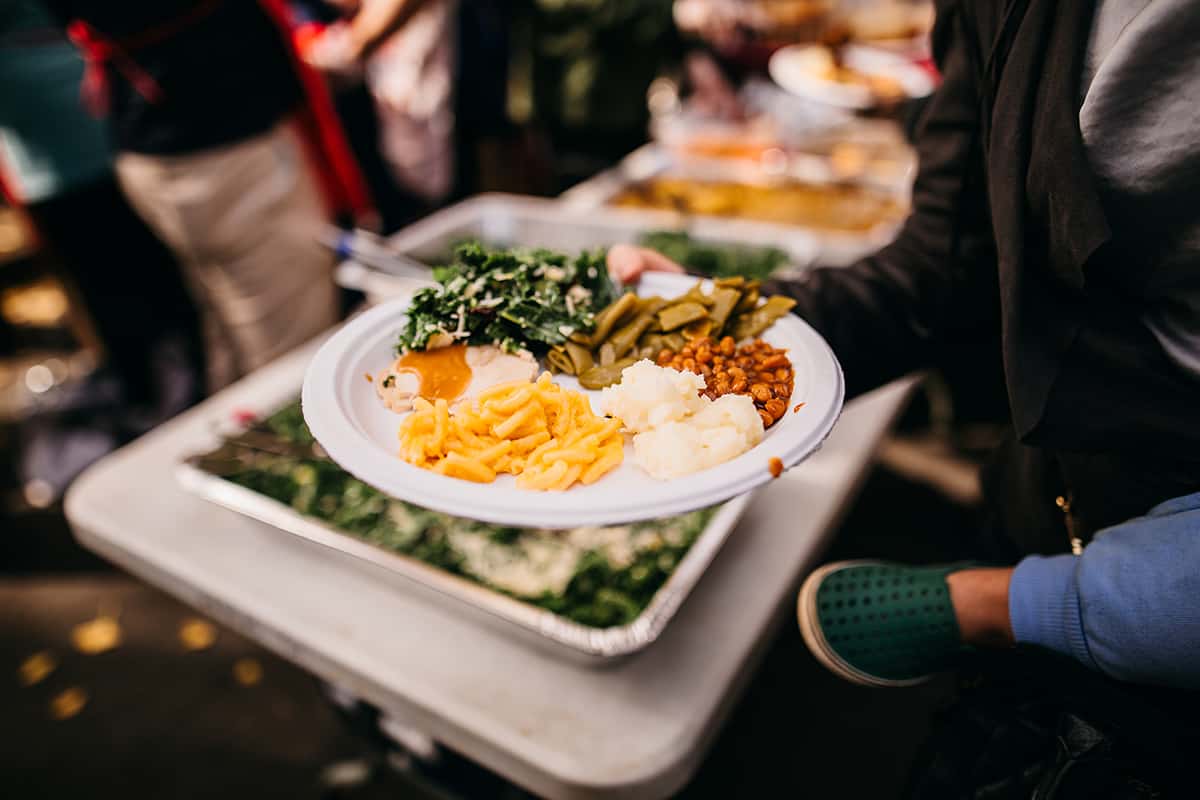