For the human body to absorb the curcumin found in turmeric – the spice that makes curry yellow – it needs the piperine contained in black pepper, explained Laura Etta as she presented her submission to the Six & Twenty Distillery cocktail contest held last November.

Describing the chemical make-up rather than the balance of flavors was an atypical approach at a drink competition, but it paid off for Etta, who landed the top spot with her Droog’s Milk Plus, now on the menu at Greenville speakeasy Vault & Vator. The drink was inspired by her love of Golden Milk, a turmeric and milk tea believed to have medicinal properties, and she thought, “Why not make it alcoholic?” 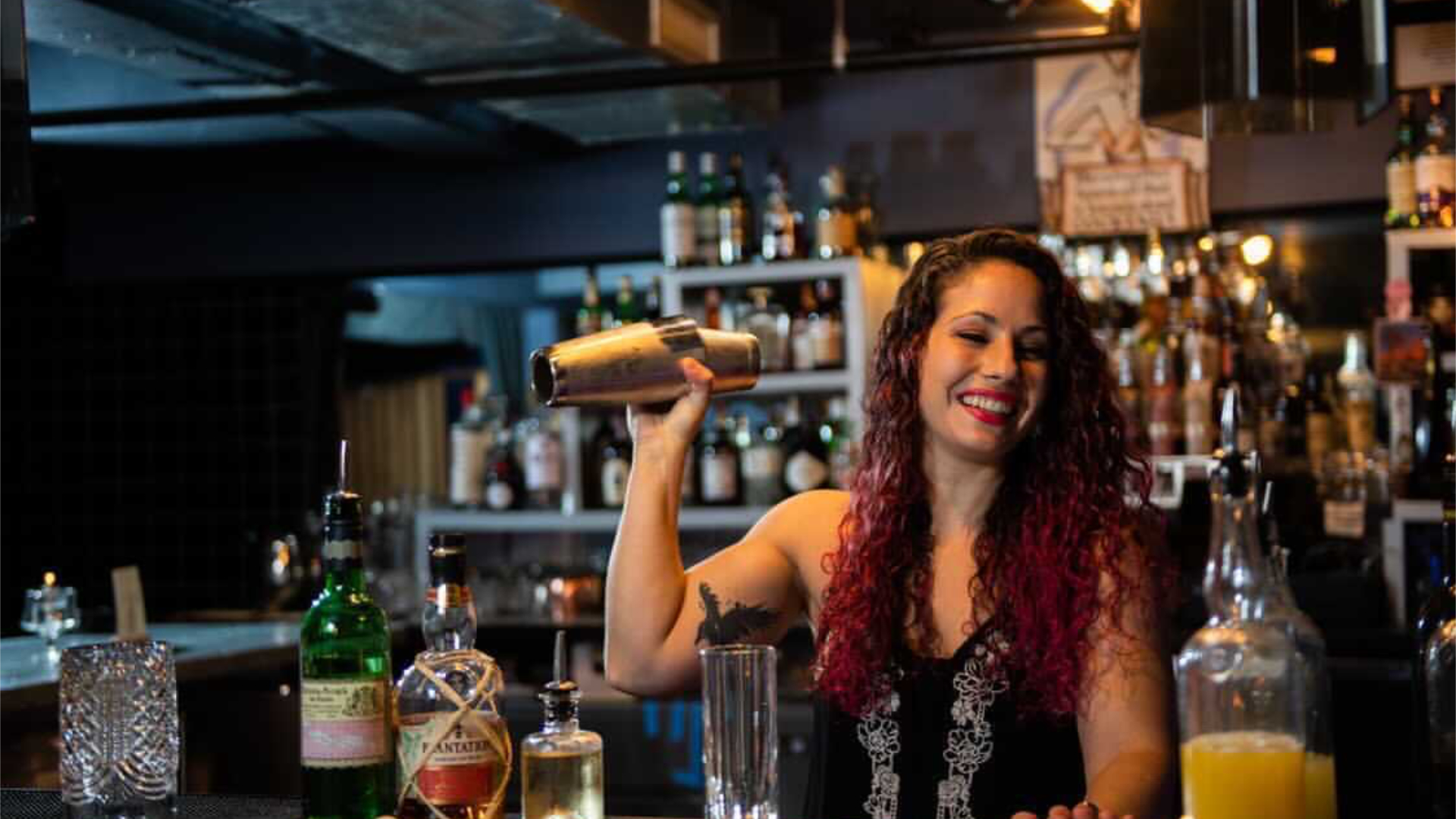 Etta, 34, can be found three nights a week behind the bar at Vault & Vator. She’s the one with the magenta hair and sequined top, often shaking two cocktail shakers at once while smiling (if you’ve tried shaking even one vigorously, you know the arm strength involved isn’t minimal). She has her extensive martial arts training to thank for that.

A native of Columbia, she found her way to Greenville — and eventually bartending —  via a year of medical school, three years in a science lab, and a night out after the lab shut down. While sitting with her co-workers who had also just lost their jobs, she began asking the bartender questions, which earned her a job offer on the spot.

That was five years ago, and she says she couldn’t be happier with her career choice. 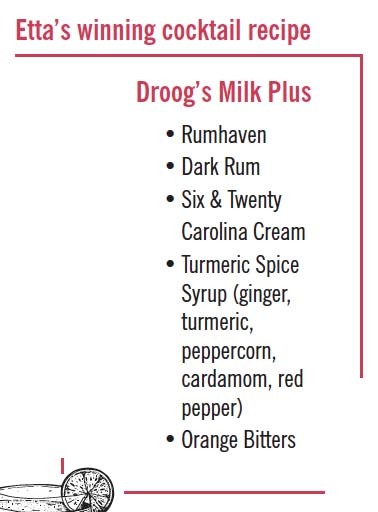 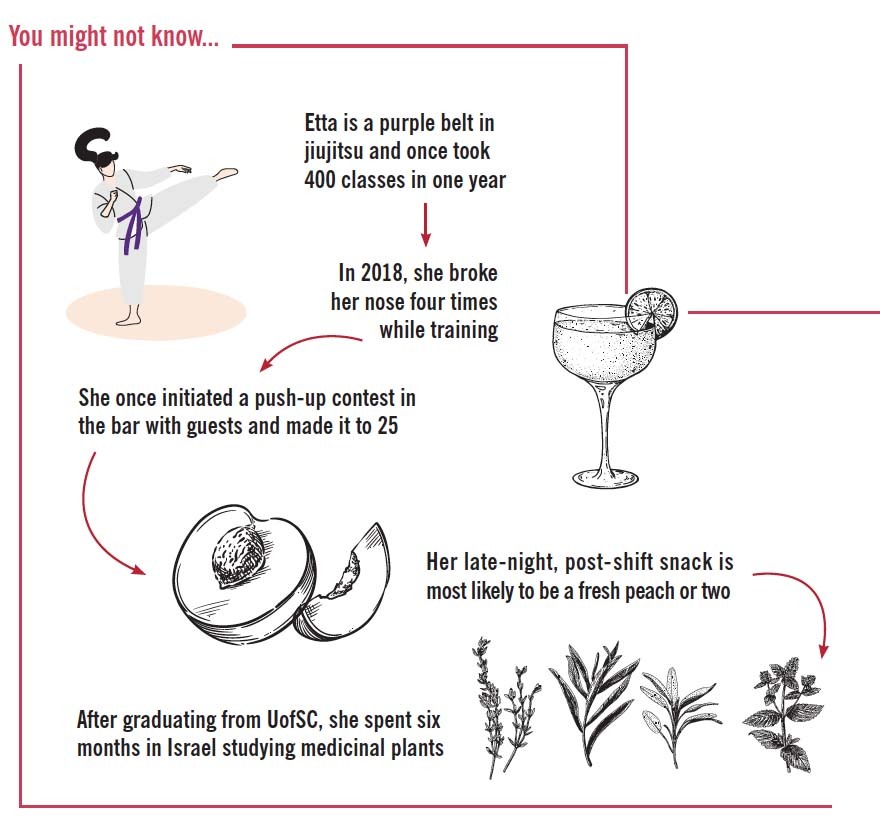 In 2018, she broke her nose four times while training

Her late night, post-shift snack is most likely to be a fresh peach or two

After graduating from UofSC, she spent six months in Israel studying medicinal plants 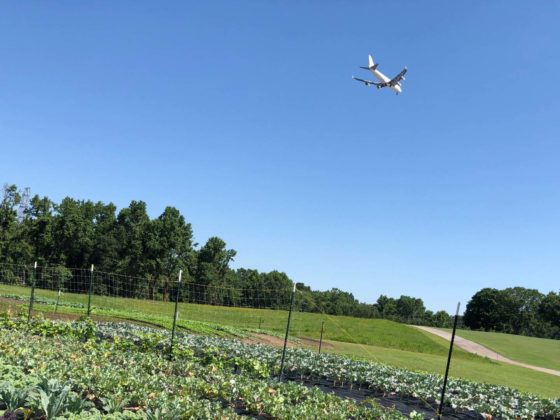 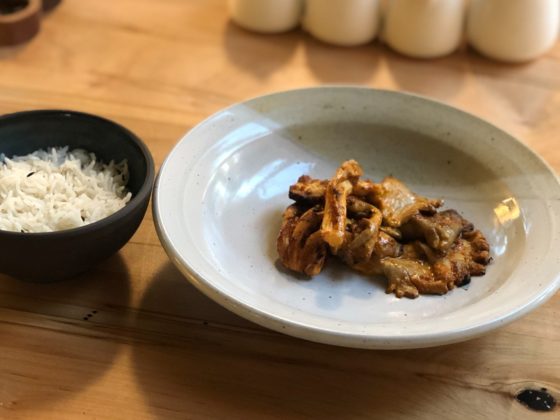